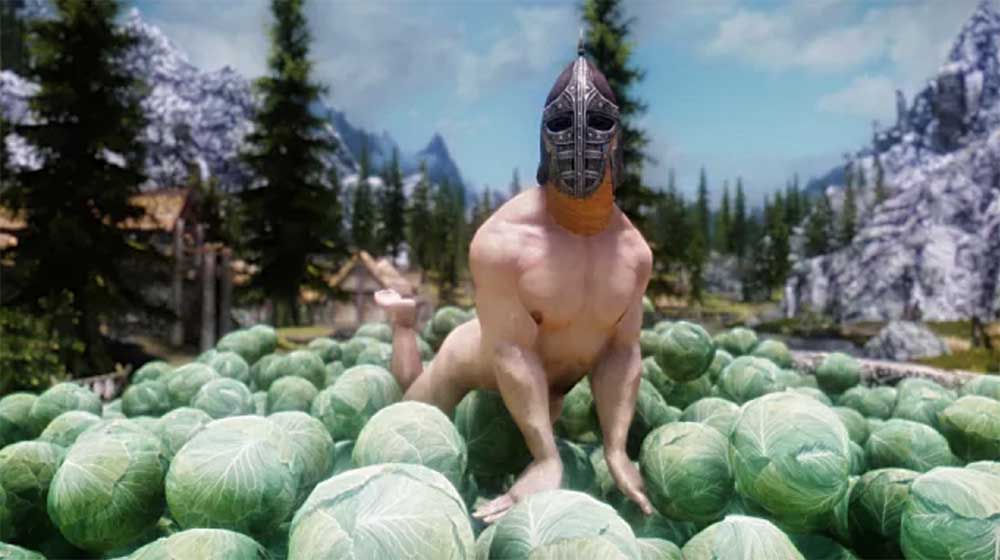 The Elder Scrolls V: Skyrim is considered one of the best video games ever released, gaining critical acclaim just after its publication and selling 7 million copies to retailers in its first week. Probably, it is best known for the memes that surround it, particularly the one with the arrow to the knee. Besides these particularities, Skyrim still has many more to offer in the terms of weird or unusual facts. 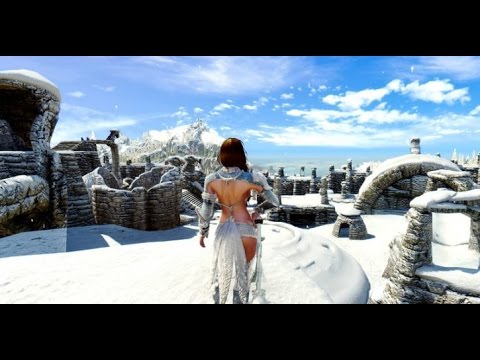 Not actually the full Monty situation here, but some of the couriers might surprise you with their clothing, or more correctly, the lack of it. Wearing only a piece of cloth to cover their intimate parts, it’s a good thing they have a nice pair of leather boots to keep them warm. Besides the fact that meeting such a character might strike you as odd, you have to admit it’s also kind of funny to receive news from a half-nude, bearded guy.

Continue reading or watch the above video:

Even though there are multiple theories concerning the origin of this infamous line, Todd Howard, Bethesda’s chief game developer, revealed that it was written by Emil Pagliarulo. The senior game designer just wanted to make the NPCs seem more real and thus created a discourse to make them so. As we know, viral content simply appears. It is not made with a clear intention to become a hit and the “took an arrow in the knee” meme certainly is the perfect example to showcase just that.

It seems Game of Thrones’ creators thought it would be a good idea to have a related game to go hand in hand with the series. Skyrim’s developing team received the proposal to make a game in a manner that was tailored to the show’s style and they were very close to accepting it. But because they felt continuing their legacy and investing in the already created lore was more important, they decided they would follow their heart and create Skyrim instead.

7. The Dragons are not Dragons

As pointed out by many fans and official sites dedicated to Skyrim lore, the dragons featured in the game are actually wyverns. The difference between a dragon and a wyvern is that the first one has four legs and two wings, while the latter has only two legs. Maybe this is not such a big difference since they look almost the same, but for those who want to stay true to their mythical creature in-depth knowledge, it’s a detail worth mentioning.

In 1996 Bethesda created the largest map for The Elder Scrolls II: Daggerfall that expands over 62,394 square miles. Skyrim’s map is 4000 times smaller, however this map is also the most detailed map they ever created. Therefore this feature, we think, is way more important than the actual physical dimensions. The fact that the players can explore an extremely well built world without getting bored is the most essential feature found in a video game.

5. A blank book for a blind NPC

Ulfr the Blind is an NPC that is found sitting at a table, all by himself, with a book in front of him. Nothing extraordinary until now, right? Well, you have to know that the book’s pages are all blank, not even in Braille or something a blind person could read. The fact that the designers decided it would be a good idea to prop a sightless person with an unusable tome can only make us wonder why this happened and what kind of feelings should we have towards it.

4. The Winnie the Pooh voice actor’s role
Jim Cummings is known for interpreting the sweet as honey voice of Winnie, but also for the swirly and nervous tonalities emitted by the Tasmanian Devil. In addition to these, he also happens to be on the cast of Skyrim, making the voices of several older characters you can find throughout the game. We think this fact is a really thought-provoking one as it’s pretty hard to juxtapose the images of the yellow cuddly bear and an elderly bitter person.

3. Parthunaax and Mario are voiced by the same person
The strident voice of Mario is recorded by Charles Martinet, the same actor that gives life to the mighty dragon Parthunaax. The difference in tonality between the two is so striking we can’t even imagine how the performer managed to alter his voice so much. Out of all the weird facts we found out about Skyrim, this one is possibly one of the most peculiar and we admit it’s pretty hard to picture these two characters being voiced by the same man.

2. The theme music is performed by 30 people at once
The greatness of Skyrim’s soundtrack is a fact impossible to ignore, this tune sounds so heroic as if it was sung by a brave and victorious army. In fact, it really was recorded by quite an impressive number of artists, more precisely 30 people, and moreover it was overlaid 3 times. The result is an extremely rich and complex sound that transformed Skyrim’s theme song in one of the most easily recognizable in gaming history.

1. A child named Dovahkiin got free games from Bethesda
Dovahkiin Tom Kellermeyer was born on 11/11/11, the exact day Skyrim was released so the developers thought the best baby shower gift would be an unlimited supply of games, for life. We have to admit that this present is pretty much the best one we’ve ever heard of in a long time. This happening seems to be just the beginning of a nice routine done by Bethesda, since in 2015 they granted a Fallout 4 free copy to a fan who collected thousands of bottle caps.