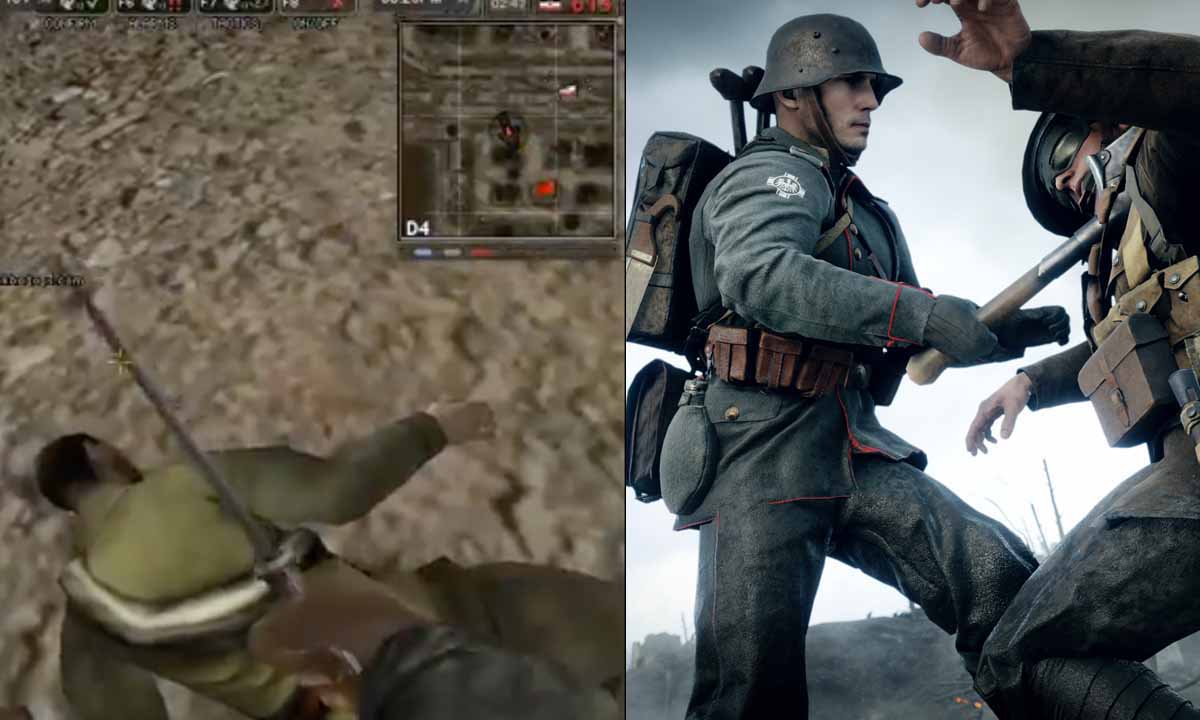 A good game doesn’t necessarily have to offer top notch graphics, instead a good story, well-built characters and responsive controls are more important. But when we see how frugal games used to look in the past and how lavish they are now, we simply cannot ignore the differences. For the sake of the old times and the new remakes, remasters and sequels we decided to make a list of the best 10 comparisons that show the evolution of gaming. The graphics involved were the main focus of our little experiment so prepare to feast your eyes and be amazed at the transformations! 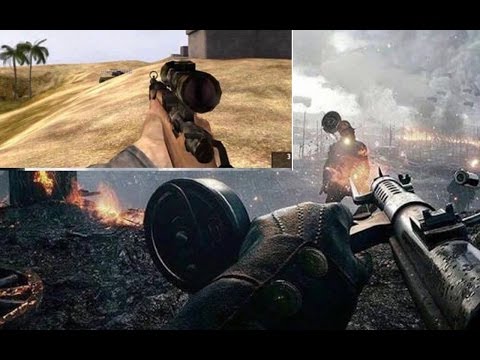 The Battlefield 1942 graphics are as simple as they get, with few details, almost no shadows and objects with square edges. In the opposite corner we have the latest installment: Battlefield 1, that offers realistic facial features, life-like sceneries and harmonious shapes and figures. In 14 years’ time much has changed in the gaming market, but the visual aspect is among the most striking improvement made.

The first title of the franchise was released in 2005 and it looked spectacular enough back then, with a dynamic gameplay and explosive visual effects, this game exhaled testosterone. In 2015 a remake of the third installment was released and the greatness of the God of War has been unleashed with it. A higher degree of visual details, enhanced rain graphics and realistic light reflections add to the dramatic nature of the entire game.

Please watch the above video to see the side-by-side comparison videos of gameplay.

In 1987 Final Fantasy was thought to be the last game developed by Square Enix, since the company was facing bankruptcy at the time of the release. But, of course, this did not happen and as we can see, the latest title: World of Final Fantasy, was just released this year. The difference between the graphics is simply so evident and stunning, all it remains to do is to stare and wonder at the amazing evolution this franchise underwent.

Sonic, the blue speedster that brings back childhood memories, received constant improvements regarding its aesthetics. If the first game in the series, released in 1991, had that pixelated look we all recognize so easily, the 2016 version is rendered at a whole new level. More fluid moving physics and enhanced visual details were added. This difference in style only makes us become even more nostalgic and think about how fast time passes.

The beloved platformer that stars the world’s most famous plumber: Mario, first saw the light of day in 1985. The enthusiasm was high and the players enjoyed the levels and the mechanics that allowed them to jump, run and collect power ups. In time, the value of this game increased and its graphics kept up with it and became more three-dimensional. The difference between the vanilla version and the 2013 enhanced one is, as you can see, very evident.

The unique five-button control scheme and gory finishing moves are Mortal Kombat’s trademarks and if in 1992 the fighting details weren’t brutal enough, 24 years later they look totally changed. What started as drops of red, pixelated blood splashing around transformed into a full visual carnage, with in-depth details of broken bones, ruptured organs and smashed brains. The graphics evolution Mortal Kombat displays is perhaps one of the most prominent in the gaming industry.

Released back in 1994, The Need for Speed was every car enthusiast’s dream come true. The authentic sound design as well as the visual elements were very well received by critics and gamers alike. Racing has a particular thrill about it and even though the graphics were adapted to the time period it was released, this game won the hearts of many gaming fans. The newest version, released in 2015, brings together all the qualities of the classical one and tops them with a nice portion of realism.

In 1993, Doom was contributing to the evolution of a new style in the gaming industry: the First Person Shooter. On top of that it was also pioneering the 3D graphics. In 2016, the first Doom has been rebooted to look and feel like a proper 21st century game. Both the nostalgic and the new fans can now enjoy the game at its best graphical rendition ever made. The visual details, the gameplay mechanics, as well as the controls are improved and give the best sense of authenticity available.

The pocket monsters first appeared on Gameboy in 1996, the role playing game gained quite a bit of fame, recurring versions being developed and even the popular animated series. The 8-bit graphics used in the original version is now transformed into 3D modeling that features more life-like visual details. A clearer rendering of the edges and more detailed face features are other improvements made over the years.

The original Fallout, released in 1997, used isometric graphics, a feature that was considered an evolution from the 2D renderings used in the beginning. Fallout 4 has travelled far since its predecessors, the new and improved engine offering a higher graphical fidelity and a faster rendering of details. The modifications made along the way show just how much the visuals have changed in 18 years’ time.