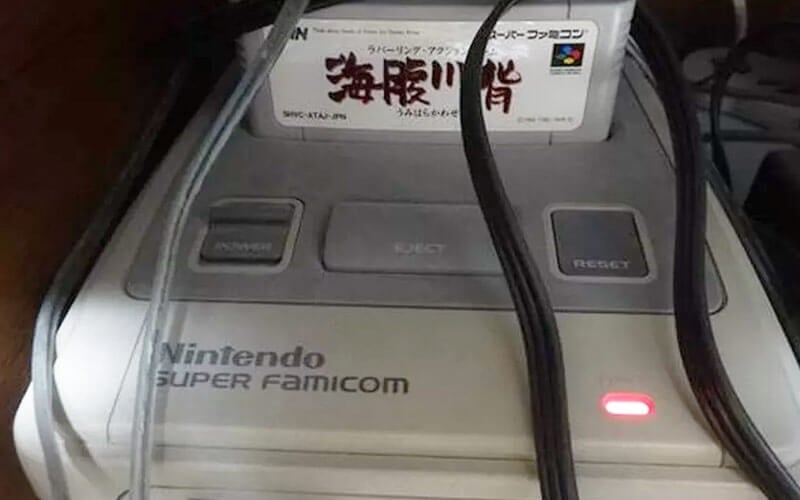 Everyone has their own special memories from the SNES days. Maybe you’re old enough to have owned the actual system, maybe you had an emulator on your first PC, maybe you’re playing Uniracers on your cell phone right now… For me, it’s the first time I made it to Nimbus Land and chilled with Mallow, but I digress.

There’s a gamer in Japan named Wanikun who couldn’t let go of those childhood memories that were stored in a Super Nintendo cartridge, so he left his console running for over two decades.

If you’ve tried to play any old SNES games years later, you may have noticed that the little batteries inside of them that store your saved games have died, and your 100% Final Fantasy (or whatever) files are forever lost.

That’s why Wanikun left his system on – because he knew the internal battery in his copy of Umihara Kawase wouldn’t last forever, and as soon as it died then his saved games were gone.

Twenty years means that his console got its drivers license, applied to college, registered to vote, and is old enough to go to bars in some places, all since the last time it’s been turned off.

Obviously, during 20 years, there’s going to be the occasional power outage but even with the power cut a few times, the game was safe. The sketchiest moment was when he had to pack up his system to move for school, but luckilly when he powered it back on everything was still saved.

None of those outages were long enough for him to lose his game, thankfully.

In over twenty years, we went from saving directly to the cartridges, to memory cards, to saving to the console on a harddrive, and now our games are stored in the cloud. Which method do you prefer?