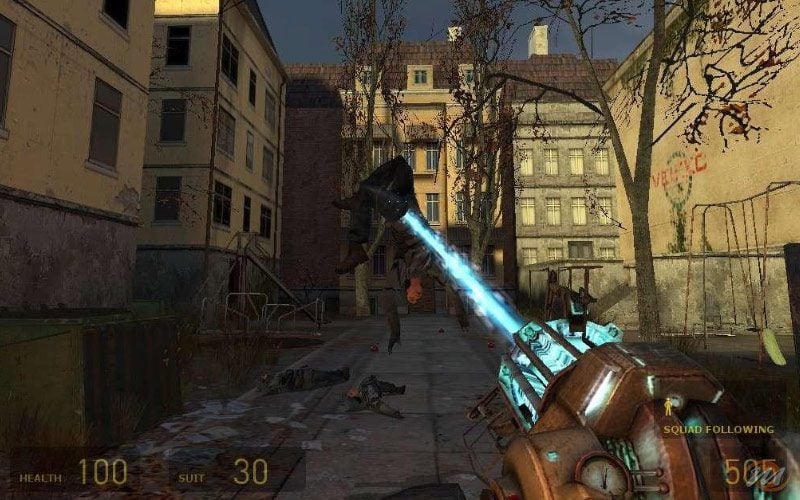 As gamers, we’re often chasing the latest and greatest. Sometimes, it’s worth it to revisit the classics, the perfect games that have stood the test of time, or newer titles that have pushed the boundaries of what we thought a game could achieve. If you missed any of these perfect video games, it’s worth finding a way to play them as soon as possible.

The games on this list were chosen based on their critical review scores, how many different outlets gave them a perfect 10, and balanced with player scores for an even mix of fan-adoration and critical praise. Some of  your favorites probabally didn’t make it, and you won’t find any underrated gems here, these list is straight-up the best that this art form has to offer.

Released in 1997, Goldeneeye 007 marked a generation for countless gamers. Before the days of online play, you’d have to cram all your buddies into your tiny room, stepping over the tangles of cords and trying to do 4 player split screen on an old 23 inch TV.

1995’s Chrono Trigger is widely regarded as one of the best games of all time, and it has aged very well. Featuring fairly standard RPG elements, there’s not a whole lot to dislike. Even if you’re not a huge fan of RPG games, it’s still worth taking Chrono Trigger for a spin.

2013 was a great year for gaming. Overall, GTA IV is rated just a hair higher, but the rating is based on a smaller sample size. Grand Theft Auto games have been making headlines since the beginning, always controversial and always trying to push the envelope, not just in content but in quality as well. As the flagship franchise of Rockstar games, they go all-out every few years when it’s time for a new one.

Another title coming at us from 2013 is The Last of Us, which has a sequel on the way. Many outlets gave this beloved title a perfect score, and for good reason. The Last of Us was a commercial success, a critical darling, and a huge hit among gamers. If you missed the boat and want to get caught up before the sequel drops, you can grab a copy on PS3, a remastered version of PS4, and even on PC with a Playstation Now subscription.

Two great things happened in the year 2000. The world didn’t end, and THPS 2 was released. Any of the early THPS games could have taken this spot without much argument from anyone, they’re all gems in their own right. Each title would add a little something to gameplay, allowing much more ridiculous combos, but without losing the core feel that makes these games so great. The later titles would go off track, or completly miss the mark, but the early Tony Hawk games are basically perfect.

2004’s Half-Life II remains one of the best gaming experiences you can find. There’s a reason that Half-Life III is the most-anticipated sequel ever, and there’s a strong chance that the country will shut down on the day it’s announced, out of pure joy. You can check it out on Windows, Mac, and on Xbox 360 and PS3 as part of The Orange Box.

Bioshock’s incredible narrative and atmosphere marked a turning point in 2007, you could clearly look at that generation of gaming with a “before” and “after” thanks to the profound influence of this title. It really has a spot in time. If you go back and play Bioshock now, it’s not as obvious what all the hype was about, simply because so many elements have been borrowed and re-hashed by other games since it’s release.

This 1997 classic marked the high-point of the PSX and the FF series for many gamers. Development took 3 years, and it was originally planned as a Super Nintendo game. Then, it was upgraded to a N64 game, but the lack of storage space on the cartridge allowed FF to find it’s home on the Playstation. This is the best-selling Final Fantasy game, with over 11 million copies sold as of 2015.

Super Mario World, Super Mario Galaxy, they could both be up here instead of 1996’s Super Mario 64, but we had to pick one of them. Super Mario 64 marked the biggest change we’d seen in a Mario game to date. Galaxy followed upon that, polished up certain things, but it was Super Mario 64 that made the leap in the first place.

1. The Legend of Zelda: Ocarina of Time

This 1998 action-adventure makes the highest rated in the Legend of Zelda series, which is saying a lot considering the caliber of games it is compared to. If you’ve never played through OoT, there’s really no excuse. You can pick up a remastered version of 3DS, and it’s also available on N64 and Gamecube.

Notice any games on this list that you don’t think belong here? Or any omissions that deserve to be here? Are any of these games in the wrong order? Discuss.