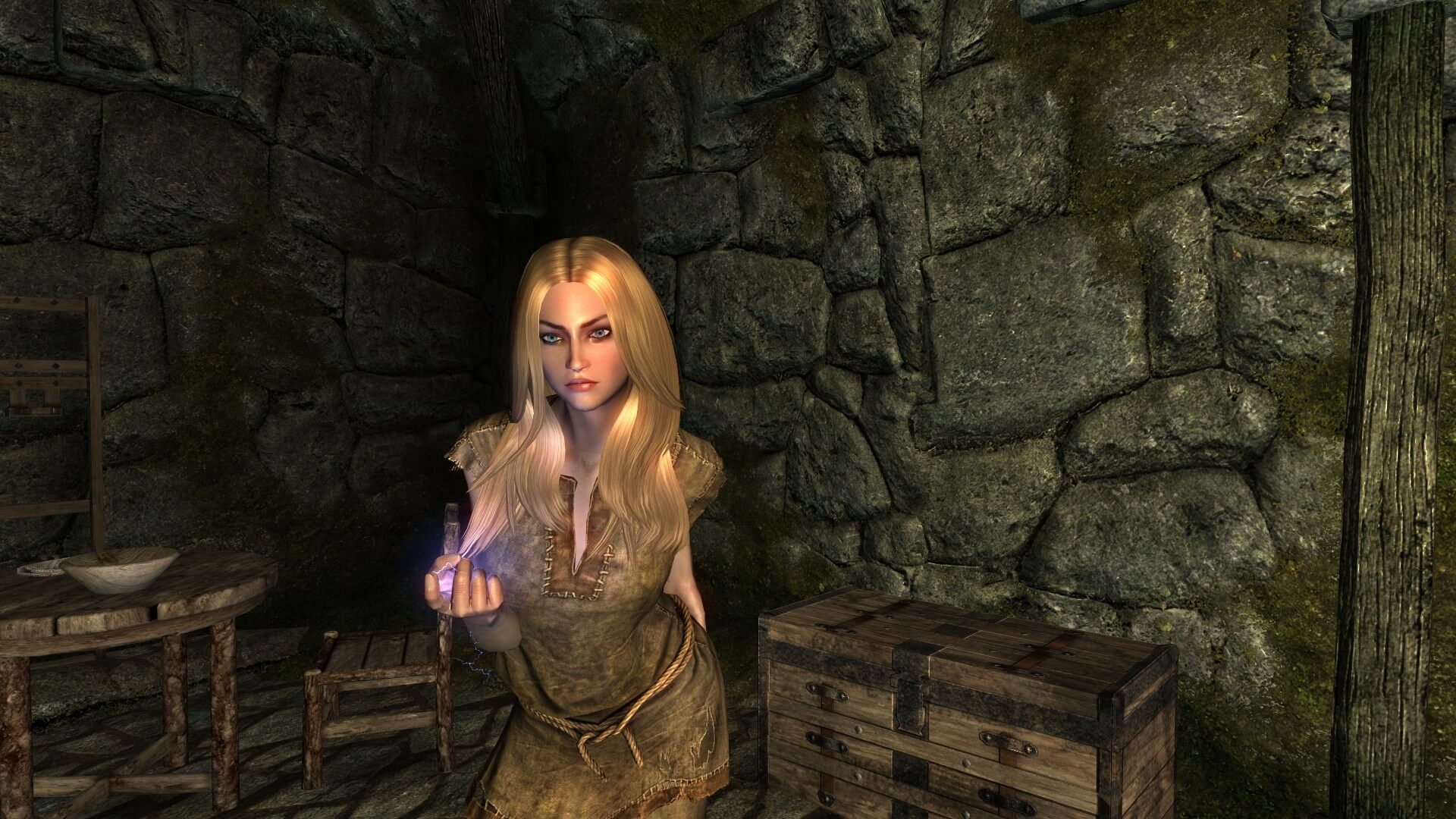 The annals of gaming are filled with fantastical, magical characters who have achieved countless incredible and impossible tasks. From saving the world, to saving their loved ones, it’s often a thankless job.

Some characters, more so than others, have been blessed with certain indescribable traits that have helped them along their journeys. Not every lady on this list is a hero, some use their blessed powers for evil, but none the less – for everyone on this list – game designers went that extra mile to make sure they would stand out.

Cortana has got your back, so it’s your responsibility to watch the front. Cortana was created by cloning Dr. Catherine Halsey’s brain, but they took some liberties in re-designing the rest of her. The original version of her face was based on Nefertiti, and she is voiced by Jen Taylor (Who also does the voice of Princess Peach, among others.)

She was blessed to be born into a family of incredibly smart and ambitious parents who undoubtedly helped push her own curiosities and sense of adventure. This strong female lead has been inspiring female gamers for decades, and inspiring male gamers, too. Her bravery, courage, intelligence, and resolve have taken her on incredible adventures.

Forget about final fantasy, Aeris was many gamers’ first fantasy. This Cetra/Human hybrid from Icicle Lodge is skilled when it comes to handling a very large Staff, despite her untimely demise.

Watch the above video or continue reading:

Jade has two very powerful allies who have helped her get where she is today, they’re named Kitana and Mileena, with whom she worked alongside as the personal assassins of Shao Kahn.

Jade made her first appearance in Mortal Kombat 2, and took on a more central role in the series’ reboot.

Valkyria Chronicles was an excellent game, and the main antagonist was double-excellent. Her giant sword and shield are her two biggest assets, and they help her to gain power over her enemies. During her childhood she was identified as being a Valkyria, which caused her to become a test subject at a research facility, until she was rescued by Maximilian.

“Ever since your majesty rescued me, I have… come to care deeply for your majesty.”—Selvaria

Valentina took the royal family of Nimbusland hostage by staging a coup. As you can see in the above gif, she spends her time sipping drinks and sitting on bananas. In the Japanese version of the game, her character is named “Margarita”, for the drink she carries in her right hand. Most of her minions can’t stand her, yet remain loyal for unknown reasons.

“My beauty simply shines forth like the sun!” – Valentina

4. Great Fairy – The Legend of Zelda

She really is a great fairy, isn’t she? Great Fairies have appeared in numerous Zelda games. They’ve clearly been very blessed and they usually share the wealth by giving Link very powerful items. These benevolent fairies are happy to give you exactly what you need, and seem to show up right when you need their help.

Morrigan has appeared in every Darkstalkers game since her debut in 1994, she puts in work. She’s the most notable character from her series, and has crossed over into other fighting games as well. Wouldn’t you invite her over, too? If you’re looking for a deadly character, she’s a safe bet. Her transmorphic wings are her weapon-of-choice, they help her get out of tough situations and shift the tides of combat into her favor.

“Morrigan Aensland from Capcom’s Darkstalkers is one of the most widely depicted characters in video games. Her distinctive features have spawned dozens of statues, hundreds of cosplays and thousands of pieces of fan art.” – Mike Fahey

It would appear that her magical process allows her to control bones, as seen in the image above. She’s so mysterious, they haven’t even given her a name beyond “Sorceress”. You can find her in the PS3 and Vita game Dragon’s Crown, published by Atlus. Despite not making a huge splash in the west, worldwide sales are at roughly 1 million copies.

“Bewitching women with knowledge of dark magic. They are weak of body, but the great knowledge they wield of the arcane arts cannot be ignored.” – The Atlas Dragon Crown website.

Her full name is Isabella Valentine, and she’s been in most of the Soul series of games. She’s one of the most instantly-recognizable characters from the entire series. Her father was so obsessed with eternal youth that he drove himself insane. She was raised in a wealthy and successful family, until her father began to self-destruct. She actually doesn’t carry the Valentine blood, as her parents found her abandoned at a young age and raised her as their own.

These ladies didn’t earn a spot on the main list because they’re a part of a Skyrim mod and not the main game, but they deserve some shine none the less. Some devotees of the Dibellan Arts have had their bodies adapt to survive in harsh conditions. Now, they seem amply prepared for even the harshest of conditions.