2016 is nearly behind us, and all of the major FPS games have been released. Whether you’re still doing Overwatch, re-upped on the latest CoD, or have been hitting up Battlefield 1 or Titanfall 2, it’s only a matter of time until they all become obsolete in favor of the class of 2017. Here are some games you’ll want to keep an eye on…

Here is id Software’s take on the hero-FPS, and the first release in the Quake series since 2010’s Quake Live, and the first main entry since Quake 4 in 2005. It’s always nice to see the people who set the bar trying to raise it even further. id laid the groundwork for the FPS genre, and now they’re coming back to show everyone who is still king, or at least that’s the plan. 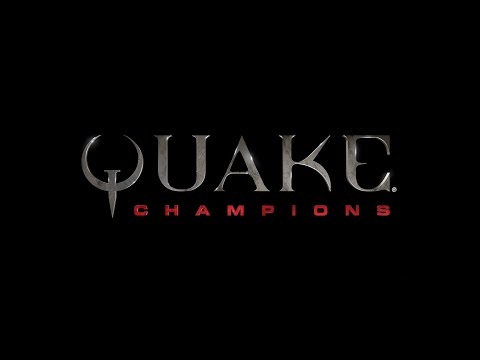 Early game play from August shows a fast-paced, kill or be killed environment that you’d expect from Quake, but also incorporates some more modern game play elements. Between Quake Champions and the Unreal Tournament reboot that you can currently play for free in it’s Alpha stage, this is prime time for fans of classic PC shooters, as you’ll see later on in this list.

The follow-up to 2011’s cult hit has been stuck in development-hell for a while, but there’s finally a light at the end of the tunnel (and the tunnel is completely packed with zombies, but there’s a red barrel nearby so you know what to do…)

Taking place in a new open world in LA, San Francisco, and an undisclosed location will be a big change up from a small island in Papua New Guinea. Fans can expect more of the b-movie antics from the first game, but to have everything dialed up to the next level.

The Farm 51 is a studio from Poland who have been working on Get Even for years. Get Even is a psychological thriller with survival horror elements, from a first person perspective. Your character wakes up with nothing but a cell phone and a gun. Not a ton is known about this game yet, journalists had their hands on a playable version last summer and the general consensus was that it still needs some work, so let’s see how many finishing touches they were able to add in about a year.

Prey was originally going to be a sequel to the underrated 2006 game of the same name, where you played as a Cherokee man trying to save his family from an alien abduction. The game had some really unique elements, and is definitely worth checking out if you missed it the first time around. The 2017 version is a re-imagining, rather than a sequel, after going through years of nightmare-development and being cancelled in 2014, Bethesda decided to take a new approach and give it another shot.

We’re interested in seeing how it stays faithful to the original, and how it finds its own direction and path. The original was thoughtful, creative, and incorporated certain things we rarely see in this genre, hopefully 2017’s Prey takes enough clues from the original to capture the same magic, while also making the necessary changes to achieve greater commercial success. The original Prey had been in development since 2005, so this despite only having one title out so far, this is still one of the most prolific series’, at least time-wise.

This is a remake/upgrade of 2014’s Insurgency, this time around with more of an emphasis on consoles. New World Interactive has a background in indie gaming, and have partnered up with a publisher who is allowing them full creative control and to retain full ownership of their IP. This game was built using Unreal Engine 4. If you enjoy a tactical FPS with a lot of co-op modes, this may be right up your alley.

There isn’t an exact release date yet other than 2017, and not a lot is known about this title yet, but building on the foundation set by the first game is a great path. It wasn’t perfect, but one stream reviewed described it as “a proudly raised middle finger in the face of large developers who seem to completely ignore fairness and player equality in favor of potential income.”

IGN said the original Insurgency was “only a few big fixes away from competing with Country-Strike”, so we’ll see if they’re able to make those adjustments or not.

Resident Evil 7 is the first game in the series in the main series (Not counting Survivor) to adapt the first person perspective. We’ll have to see how that works out, but we do know that it’s not going to be a ‘gunfest’ according to Capcom.

They’ve also brought back herb gathering, and this looks like it will be a return to form. The really, really good news? There won’t be any quick time events. We’re giving Capcom the benefit of the doubt because it sounds like their plans for RE7 are on point, but we’ll reserve final judgement until January 24th. With many great franchises, developers will add more and more into each new release, but sometimes it’s time to strip some of that back and return to what made the series great in the first place. 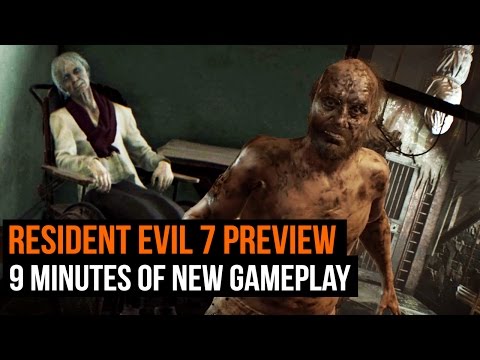 Some may disagree with this making the list, saying it’s not really in the same spirit of other first person shooters on this list. But it’s a first person game, and you will certainly be doing a lot of shooting. Weapons won’t be super easy to come by, so you’re going to be doing plenty of fighting along the way, too.

Capturing the magic of previous generations of first person shooters is a re-curring theme that you’ll notice in 2017. There are a lot of throwbacks, remakes, and tributes to the earlier days of first person shooters. Batallion 1944, as you can guess by the name, takes us back to World War II and hopes to remind of us all of the best parts of games like Medal of Honor and CoD 2.

Taking place during the Vietnam war, Rising Storm 2 is a sequel to the 2013 game that was awarded Best Multiplayer Game of the Year by PC Gamer. RS2 puts a huge emphasis on realism, nailing very small detail, and being authentic to the horrors of the Vietnam war. The United States Armed Forces and North Vietnam forces both have their own unique methods and strategies, from the US’ stage of the art weapons, to North Vietnam’s traps, stealth, knowledge of the lay of the land, and improvised weaponry.

The gunplay is supposed to be very realistic, and they’ve put in a lot of careful research in regards to the weapons, sounds, locations, and military strategies which were deployed. You’ll go through jungle, rural, and urban terrain and you’ll have to deal  with the unique advantages and challenges of each one. 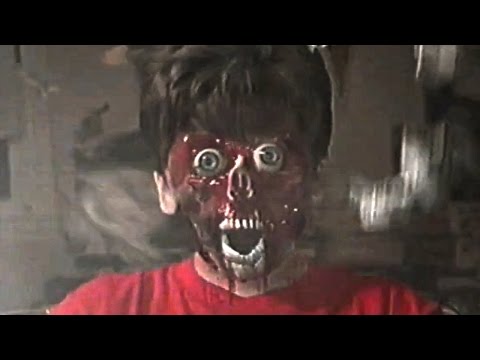 If Unreal Tournament 2016 and Quake Champions are the evolution of the oldschool PC shooters that laid the groundwork, then Strafe is a love-letter to the 1990s. There’s going to be an endless amount of randomly generated levels, over-the-top fast-paced action, and VR support to completely immerse yourself. Even the release trailer is a throwback to the types of ads you’d see at the back of a gaming magazine.

It’s all very tongue-in-cheek looking with a good sense of humor, which should lead to a fun game that doesn’t take itself too seriously. The game pretends that it was launched in 1996, here’s an excerpt from their website that actually looks like it was made in the ’90s.

“Strafe is the fastest, bloodiest, deadliest, most adjective-abusing, action-packed first-person shooter of 1996.”

Not much is known about Destiny 2 at this point, aside from some rumors and leaks. It’s anticipated to be released sometime in the fall of 2017, but take that with a grain of salt for now. It’s also rumored that Destiny 2 will possess an entirely refined progression system, a massive open world, and more of the RPG elements that some fans wanted to see in the first game.

With the first one under their belt, they can tweak and refine things. With the success of the first Destiny game, they’ll also be able to justify a bigger budget, so expect more of what you liked about Destiny, less of what you didn’t like, and a more polished-feeling product.