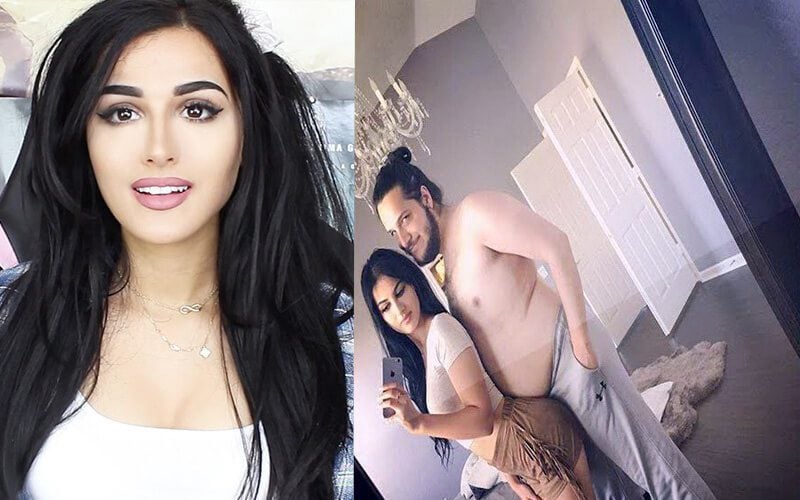 Every gamer kid’s dream is to grow up and to get paid to play videogames. For the ones that do pursue it, it doesn’t take long to realize that the dream of being a “video game tester” isn’t actually such a glamorous job after all.

These enterprising gals, however, have found a better way to turn that dream into a lucrative reality. Twitch and YouTube have drastically increased the career opportunities for ladies with webcams to make money on the internet, and here are the ones who are leading the pack.

Lia is going to hit a million followers on Instagram any moment now, but already has over 2 million subscribers on Youtube. When it comes to girls who get paid to play video games, she’s killin’ the game.

Her recent posts feature her new Mercedes, so she’s definitely doing something right.

Kristen is a streamer, content creator, and entrepreneur – and by our estimation, she’s doing a damn fine job at all of the above. She’s an OG Agar.io player, too (long before it was featured in House of Cards).

Chloe was a lock for this list, even though she hasn’t amassed those twenty thousand dollar donations or millions of viewers (like some of the others on this list) just quite yet. She’s sitting at around 3000 followers on Twitter and Instagram, but something tells us that’s about to change very soon. Make sure you visit all of her pages and show some love with likes and follows.

You can catch her on Twitch 5 times a week, her favorite game is CS:GO even though this UK beauty admits she’s “pretty rubbish at it.”

KayPea is all about League of Legends, with a massive fanbase that loves to watch her play it, as demonstrated by her 44million+ views on YouTube.

She does compilation videos with highlights from her streams, which get tons of views on YouTube – it’s a smart move by this young entrepreneur and takes a page directly out of Wu-Tang Financial’s book as she “diversifies her bonds…”

She has said that the 2nd most common question she gets is why she hasn’t done adult films. She doesn’t mind, though, because “It’s really just kind of nice to hear that. That somebody desires me in that way, that somebody thinks I’m that sexy…”

She spends a lot of time gaming, streaming, and talking about sex. Put those 3 ingredients together and it’s no wonder she’s amassed such a huge and loyal following.

Pam’s from Southern Nevada, and is living it up with her dream job of being a streamer on Twitch. Let’s face it, that’s everyone’s dream job at one point or another – but Pamcakes is making things happen for herself in a big way with the help of her fans and viewers, so make sure you check out her pages.

This 23 year old from Arkansas’ favorite games to stream are CS:GO, Super Hexagon, and Osu. She has a huge donor list and an even bigger list of fans and followers across social media. There’s no denying her influence in the worlds of gaming, and streaming, alike.

This Russian beauty is not a streamer but she appears in many photos deep in gameplay. Are the photos staged? Is she really a gamer? Can’t say for certain, but this is probably the most attractive girl to ever hold a playstation controller.

Melonie is a gamer, blogger, and a freelance host so the next time you need an on-camera host, you know who to call. She graduated College with a degree in IT/ Web Development which means she can fix your router and make you a website, but if you just want to be charmed and entertained then make sure you check out her stream.

Her favorite game series is Tomb Raider, and she’s our pick to play Lara Croft the next time they’re casting for a Tomb Raider movie.

Kaceytron’s YouTube bio says she is one of the most accomplished female gamers, and we’re not going to argue with that. She’s one of the top streamers, and she keeps her ‘about me’ very simple. It just says “I am single.”

She loves trolling the Twitch community, and makes big bucks doing it. There was a petition to get her banned on Change.org at one point, that amassed nearly 25,000 signatures. But she’s just doing her thing and getting paid, it’s a classic case of “don’t hate the player, hate the game.”