Gamers all over the world have embraced the spirit of adventure and quested all over Hyrule in The Legend of Zelda: Breath of the Wild. However, none have gone quite as far as YouTuber mety333.

For those of you who don’t know, The Legend of Zelda: Breath of the Wild is the first game in the series to be open world. One of the mechanics added to the game is flight- you can now glide through the skies of Hyrule to your heart’s content. In addition to gliding, there are attachable balloons that creative players have used to make air rafts. However, mety333 decided to think outside the box a little, and use another one of the game’s new mechanics, magnetism, to propel himself to new heights. 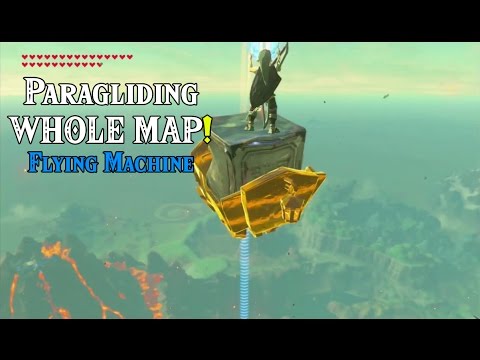 mety333 took advantage of the unrealistic behavior of the magnetism mechanic by placing a box between himself and a minecart. The cart then flew upwards trying to get to the magnet. However, because the box was in the way, the cart just kept going up.This wouldn’t work in real life, but it does in Breath of the Wild. mety333’s ascent took about a minute and a half before Link hit the “ceiling” of the world. The rest of the video is a paragliding trip over the entire in-game world. It’ll be interesting to see if Nintendo will patch this bug or if they’ll keep it in the game for people to have fun with.