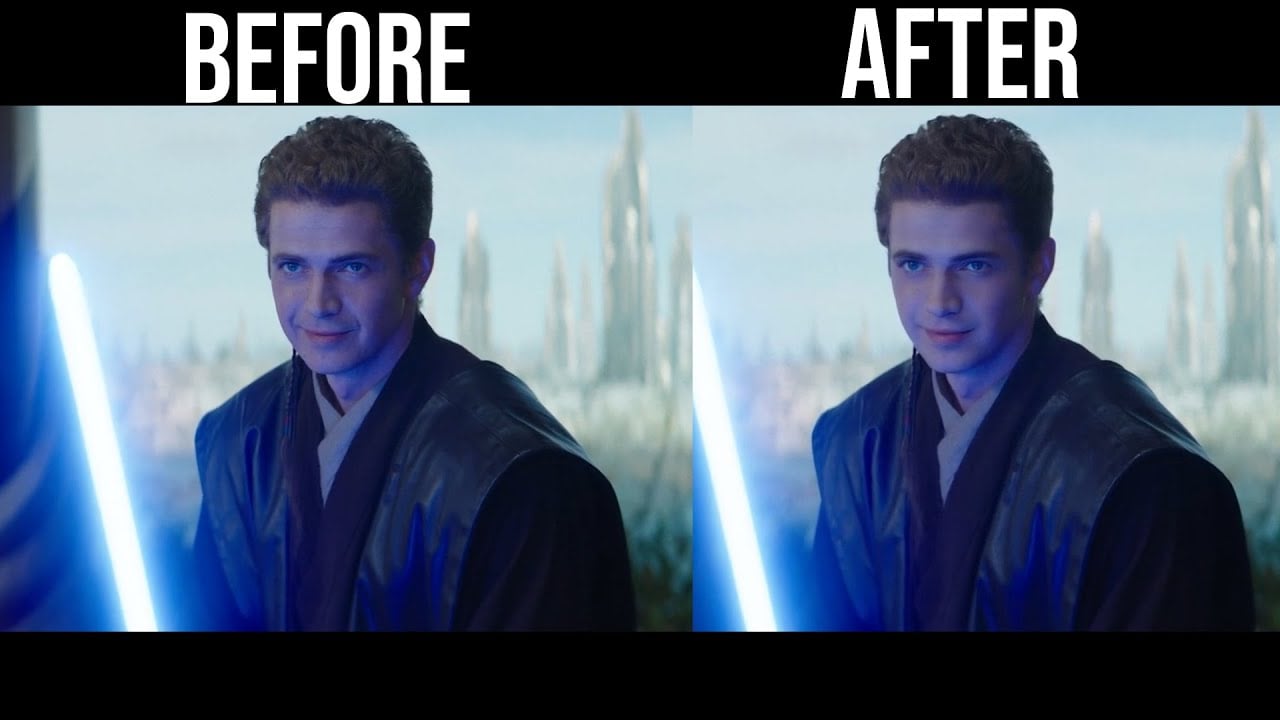 While De-aging technology has always been somewhat of a divisive topic in recent years, Star Wars as a franchise has always been at the forefront of this mystical visual effect. Fans will remember a fresh-faced Princess Leia and a resurrected Grand Moff Tarkin in Rogue One, with the most recent example being baby face Luke in the finale of season 2 of The Mandalorian. Due to the franchises’ cross-generational, timeline hopping content, digital de-aging has been an almost necessary utility in preserving continuity between Star Wars stories.

However, much to fans’ surprise, showrunners behind the recent Disney+ Obi-Wan Kenobi series have chosen not to go down this route, instead choosing to use Anakin Skywalkers’ original actor, Hayden Christensen’s current appearance. Hayden by no means looks poor in the new show, but his new look will give the vast majority of fans whiplash when compared to his appearance almost 20 years ago.

However, VFX hobbyists not to be outdone by the titans of the industry, Youtuber, Outlaw Video Production, took it upon themselves to digitally de-age Hayden Christensen’s appearance in episode 5 of Obi-Wan.

As can be expected from Youtube VFX wizards by this point, the final product is absolutely phenomenal, near perfectly replicating the actor’s 19 year old self. This is made all the more evident when the video does a series of side by side comparisons between the original clip and the de-aged clip.

Even in the main franchise itself, while this technology has been used, it’s been used sparingly, often used in mid to wide shots with industry VFX artists still being aware that close-up CGI faces can fall deep into the uncanny valley. Outlaw Video Productions’ take smashes this expectation though, with even close-up shots being almost perfect aside from some slightly unnatural expressions.

A second season of Obi Wan may just be on the way, and if we see some more classic characters return just how they left off 20 years ago, we’ll know who they hired!