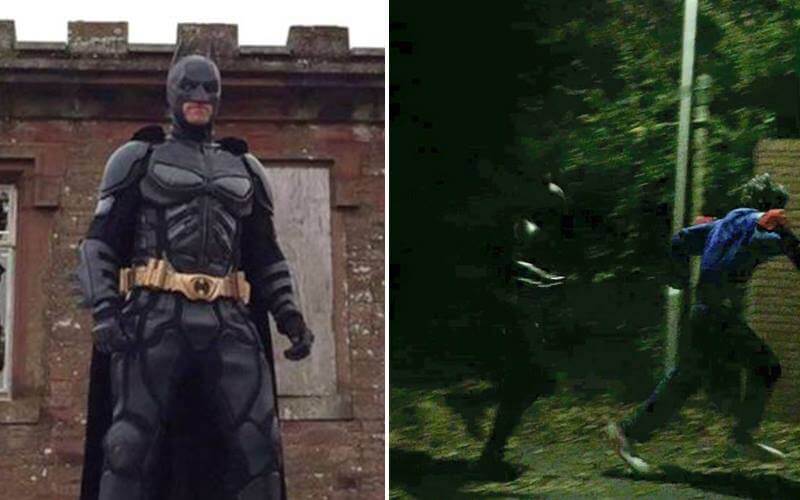 The Creepy Clown phenomenon has taken over the world…for the worse. The trend which first started in the U.S has now spread to other parts of the world as well and the U.K in general is reporting hundreds of these creepy sightings.

Some harmless while others more concerning with people reporting sightings of clowns carrying baseball bats and also trying to lure kids into the woods. However, you need not fear these pesky clowns if you happen to live in the city of Cumbria, United Kingdom.

That’s because someone has taken it upon himself to tackle these menace and especially save the kids from being harmed by these clowns.

What’s more he’s doing in while dressing up as Batman. What more can you ask?

So, finally Batman came all the way from Gotham to teach these clowns a lesson. They deserved it as they irritated a lot of people with their mischievous activities in the streets, parks and playgrounds. The worst part was that they didn’t even spare the kids.

According to Cumbria Superheroes, these clowns were giving sleepless nights to the kids with their mischief, which actually resulted in the entry of Batman into the scene. They got the chasing of their life.

Let’s all spare a moment to salute this braveheart who dared to step up and teach these maniacs a lesson for harassing innocent children. Batman vs Joker (Jokers in this case) seems to be a real thing now.