A player by the name of Blacklung has just achieved grandmaster status in the game Diablo III. The role playing game which came out in 2012 utilizes a Paragon System where players continue to progress in the game but are capped at level 70, with a bonus each stage of the way. Normally it takes a few hours to work up to top level, but Black lung did it in an official time of just 33 seconds.

Some of the methods he used include changing into a cow rift, farming all bounties before reaching Torment X and gathering and dropping the caches on the ground, having a pair of Kanai’s Cube and Custerian Wristguards, using the level 25 Gem of Ease, and wearing a Leoric singlet. 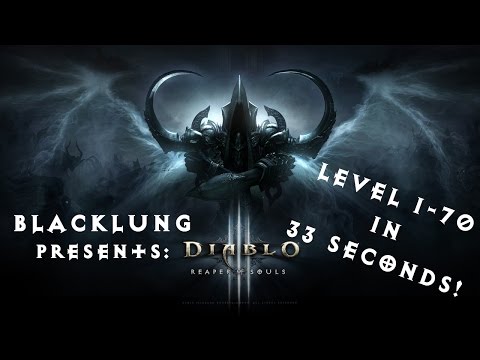