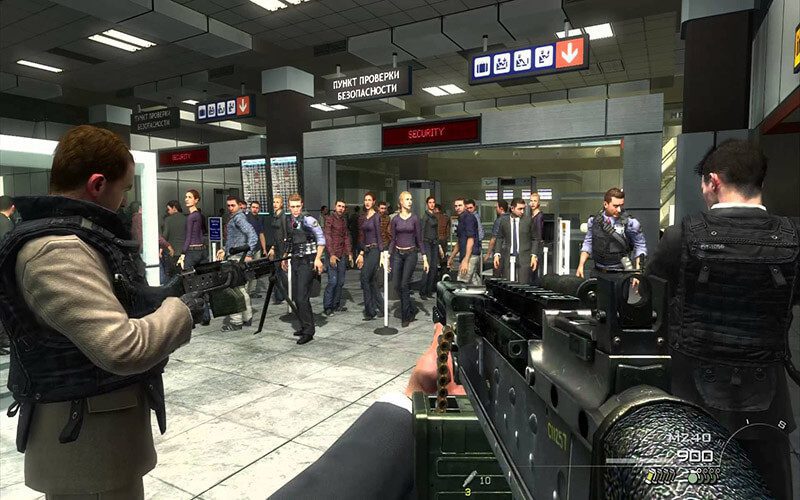 Most of us have played Call of Duty: Modern Warfare 2’s story. The Modern Warfare series is pretty famous for always having a fantastic storyline, and MW2 was no exception.

However, MW2 had one mission that, we believe, is the most controversial piece of gaming ever. That of course is the optional mission “No Russian”. If you’ve never played the game’s story, allow us to explain a little.

No Russian begins with you on an elevator, just reaching your destination. The game informs you that you’re in Moscow, Russia, and playing the role of CIA operative Joseph Allen, but you’re undercover as Alexei Borodin. You’ve infiltrated Vladimir Makarov’s group of Russian terrorists. Makarov is the main antagonist of the series.

So the elevator doors open, you’re there with 4 other men in body armor and you’re all wielding fully automatic weapons. Before you can gather your thoughts, Makarov utters the words “Remember – no Russian.”, and you step out of the elevator.

Expecting bullets to start flying your way, you’re confused with the scene you’re greeted with. An airport full of civilians. No guns, no armor. Just people living out their lives. The game then brings your gun up, giving you the green light basically.

Your team begins unloading into the crowd as you finally realize what this mission is truly about. You’re a 5 man team committing an act of terrorism. The screams of the civilians and mannerisms they begin to show are ultra-realistic, everything from them crawling away to begging for their lives, and even dragging one another to safety.

It’s your job to slowly walk across the airport, killing anyone you see. No one fights back until the police arrive. After you make quick work of the police, your team hops in an ambulance. As you attempt to join them, Makarov turns his handgun on you and pulls the trigger. The idea is that he knew you were an undercover CIA agent, and leaving your dead body at the scene of the terrorist attack would give the Russian government the idea that the US was behind it. That’s also the reason he says “No Russian”.

That’s the story behind the mission, now here is a video of the gameplay.

So it’s pretty clear Activision and Infinity Ward knew what they were getting into with this. In the world we live in where terrorism is real, and mass shootings happen, turning MW2 into an airport slaughtering simulator was clearly going to result in some backlash.

First, it’s worth mentioning that Infinity Ward never forces you to play this mission. It’s made clear when you start the game that the mission is incredibly graphic and disturbing. You have a few options:

As for other countries, they took matter into their own hands. Russia’s version of MW2 has the mission removed entirely, which comes as no surprise. It was actually Activision that contacted Russian counsel to see if they wanted it removed from the game since Russia has no formal rating board on video games.

Japan and Germany took it a little different. You can still play the No Russian mission, but if you shoot any of the civilians yourself, you’re greeted with a “game over” screen. Japan’s version however has quite the infamous mistranslation for when Makarov says “Remember, no Russian”. It’s instead translated to “Kill them; they are Russians”. The mission was also discussed over in the UK, eventually resulting in the game receiving an 18 rating from the BBFC.

Even the level designer for No Russian, Mohammad Alavi, gave his reasoning on why they included it in the game:

“For that level we were trying to do three things: sell why Russia would attack the US, make the player have an emotional connection to the bad guy Makarov, and do that in a memorable and engaging way. In a first person shooter where you never leave the eyes of the hero, it’s really hard to build up the villain and get the player invested in why he’s bad … It isn’t really relevant whether that makes you enjoy the entertainment experience even more because you’re being naughty (à la Grand Theft Auto) or it engrosses you further into the story and makes you resent your actions. What’s relevant is that the level managed to make the player feel anything at all.”

Let us know your thoughts on this mission on Facebook here and watch the mission played out below. 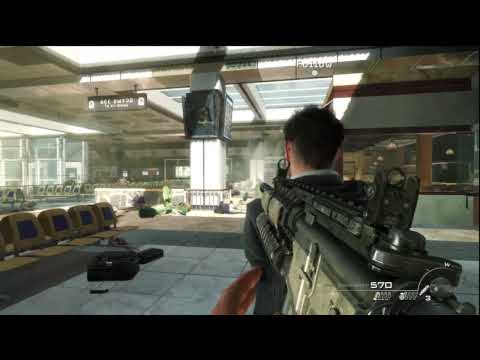