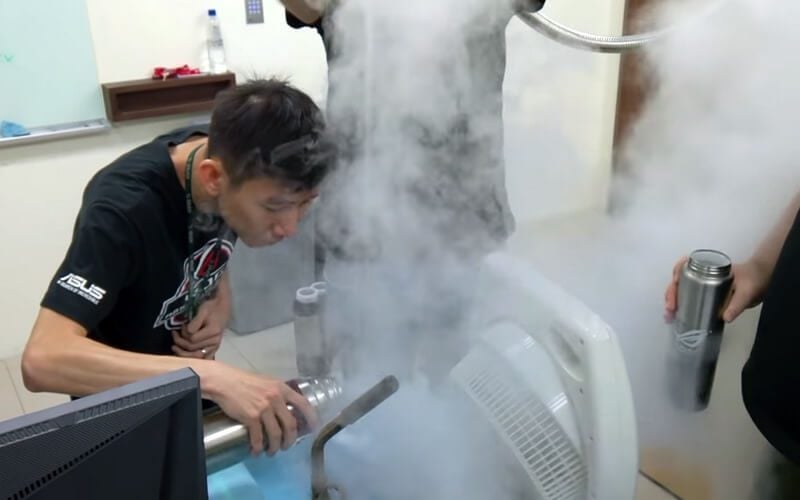 If you follow PC gaming and overclocking, you might have heard of the Absolute Zero event sponsored by Asus.

The event included some of the top overclockers in the world, who push for maximum speed out of their PC components and are willing to go do extreme measures to achieve that.

At the most recent Absolute Zero event, a German overclocker named ‘der8auer’ pushed an Intel Core i7-7700K CPU to a crazy 7.2GHz. The main aim of the event is to show that the processors can function at extremely low temperatures, and to see what’s possible if we’re able to figure out more advanced cooling techniques.