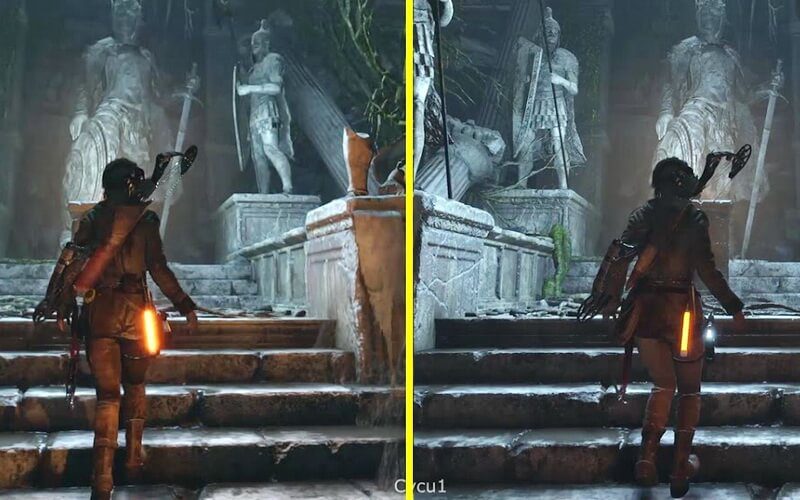 The PlayStation 4 Pro is finally rolling out in retail stores  Despite all the new features this console can do, many are still curious to know exactly what else the mid-generation upgrade has to offer.

The real question is whether or not this console can run ‘proper’ 4K or if it provides more enhanced visuals on your favorite games? Well, you won’t be guessing anymore.

To sum up the million dollar question: it is a yes or no kinda thing. To elaborate more on the answer is that while some games can run on the PS4 Pro in true 4K, the chances of more games running in 4K are a bit more scarce, while the vast majority of games will have a default resolution around 2K, and will metamorphose to 4K.

Despite this, consumers eager to get their hands on a PS4 Pro should know that the conversion magic for the Pro is so advanced and dexterous that it will be hard to determine the difference between which is the PS4 graphics and what is ‘true’ 4K. When comparing the pictures side-to-side it is hard to point out the difference between the two.

While Xbox One S owners are treated to 4K on their 4K TV, PS4 Pro owners are treated with something a lot better. For starters ll the games that are designed to take advantage of the PS4 Pro’s hardware at a resolution surpassing 1080p. The PS4 Pro also includes an ID buffer, which basically means that this is a new way for players to identify the edges of objects and of tracking those edges as they move from one frame to the next.

Additionally, the PS4 Pro also includes an ID buffer, which basically means that this is a new way for players to identify the edges of objects and of tracking those edges as they move from one frame to the next. Lastly, the PS4 Pro uses two, cutting-edge rendering techniques that capitalize on the ID buffer.

The two prominent techniques the PS4 Pro uses include state-of-the-art geometric rendering, this allows the hardware to make crispier edges without using an excessive amount of processing power. The second feature serves as a checkerboard rendering. If you are unsure how the checkerboarding will be implemented, imagine the face of an NPC, the checkerboarding in the Pro will be able to add more texture to the characters, showcase facial expressions and will sharpen up the edges of the models.

After going through and explaining everything that the PlayStation 4 Pro can do I am sure you are probably thinking “well, how come Sony did not just create a true 4K console?” Well here’s the problem with that; in order for Sony to create a true 4K system, the company would have had to perform a resurgence on the console. If Sony had gone this route, then all the games current;y available for the original PS4 ould be unplayable on the Pro.

Aside from the fact that Sony decided to avoid the native 4K route, the Japanese tech powerhouse was able to push technology as hard as they could; increasing the CPU clock speed from 1.6Ghz to 2.1Ghz. Additionally, Sony has managed to double the graphics, with a power increase from 2.28x to 4.2 teraflops.

While this is a huge step forward in terms of eighth generation hardware, it is safe to say that Sony has pushed the power of the PS4 (for now). While the future of games running on the Pro smoothly is still an issue, it is to be expected, given the fact that the new console is an upgrade and not a whole new generation itself.

It can be established that this is not by any means the PlayStation 5, though talks about it are nowhere to be seen, let’s focus on the sweet stuff that the PS4 Pro can do for us in the meantime.