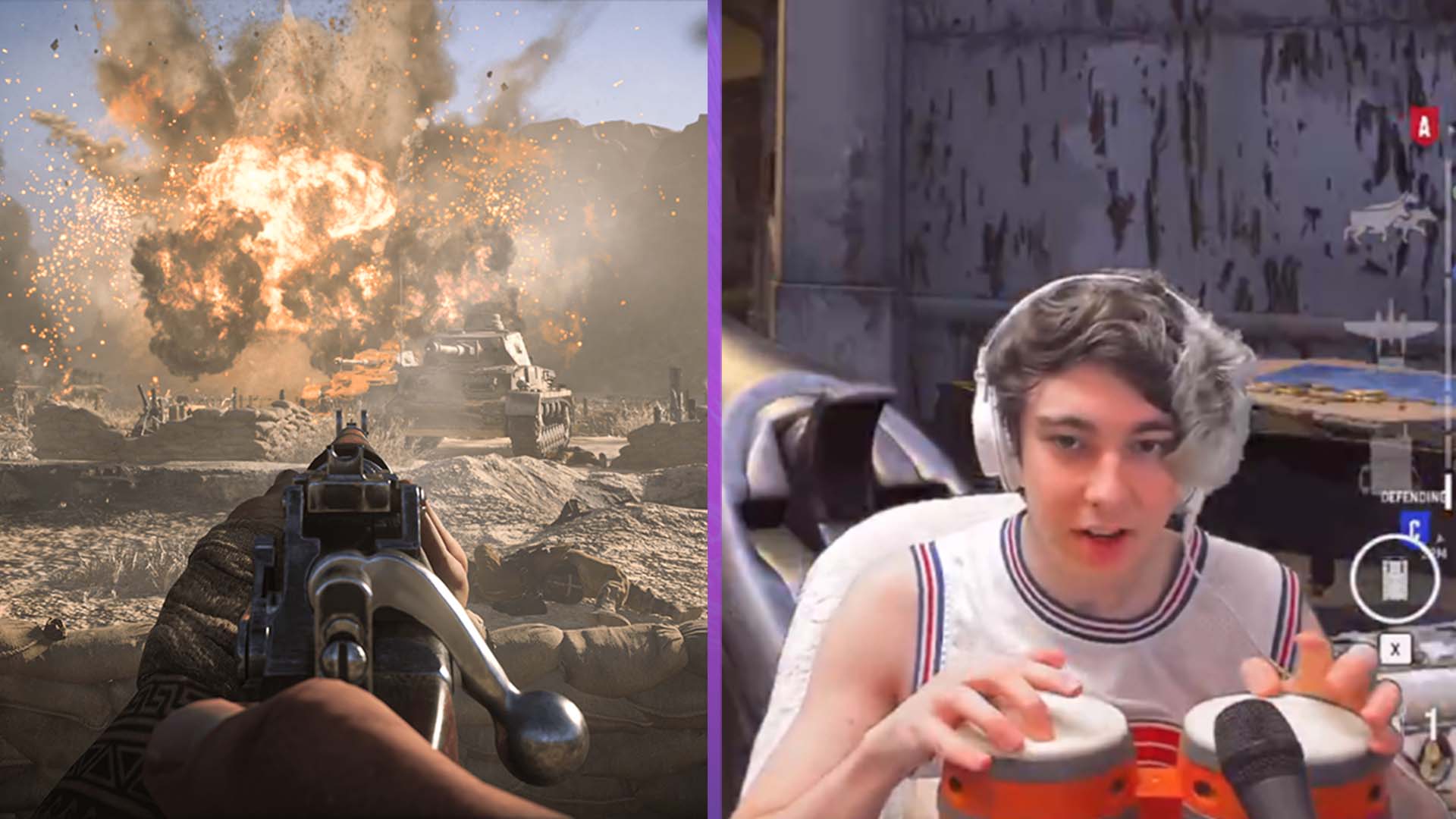 Originally spotted by PCGamesN, the unique feat took a little bit of remapping to make work. Unlike a traditional controller, the Donkey Konga controller is literally a pair of bongos. There are only a limited number of inputs available on the controller, so DeanoBeano had to do some clever remapping to really make the most of it.

During the stream, DeanoBeano can be seen running and sliding around. The streamer is surprisingly agile considering how limited he is by the Donkey Konga Bongos. This isn’t the first time the streamer has used an unconventional controller to play video games. In the past, DeanoBeano has also used a recorder and drum set to play Call Of Duty: Black Ops Cold War. He has also used a drum set to play Fall Guys in the past as well.

Donkey Konga was a music rhythm game that launched on the Gamecube in 2004. The game was similar to Guitar Hero, tasking players with hitting the Bongo controller in time with on screen prompts. It featured a licensed soundtrack with around 30 songs, which included tracks from artists like Blink 182, Kylie Minogue, Take That, and the very, very funky Jamiroquai.

Vanguard is about to enter its first season of live service content with the Warzone Pacific map also dropping today.

Do you reckon you could play Call of Duty well with a set of Donkey Konga Bongos? Let us know across our social channels.