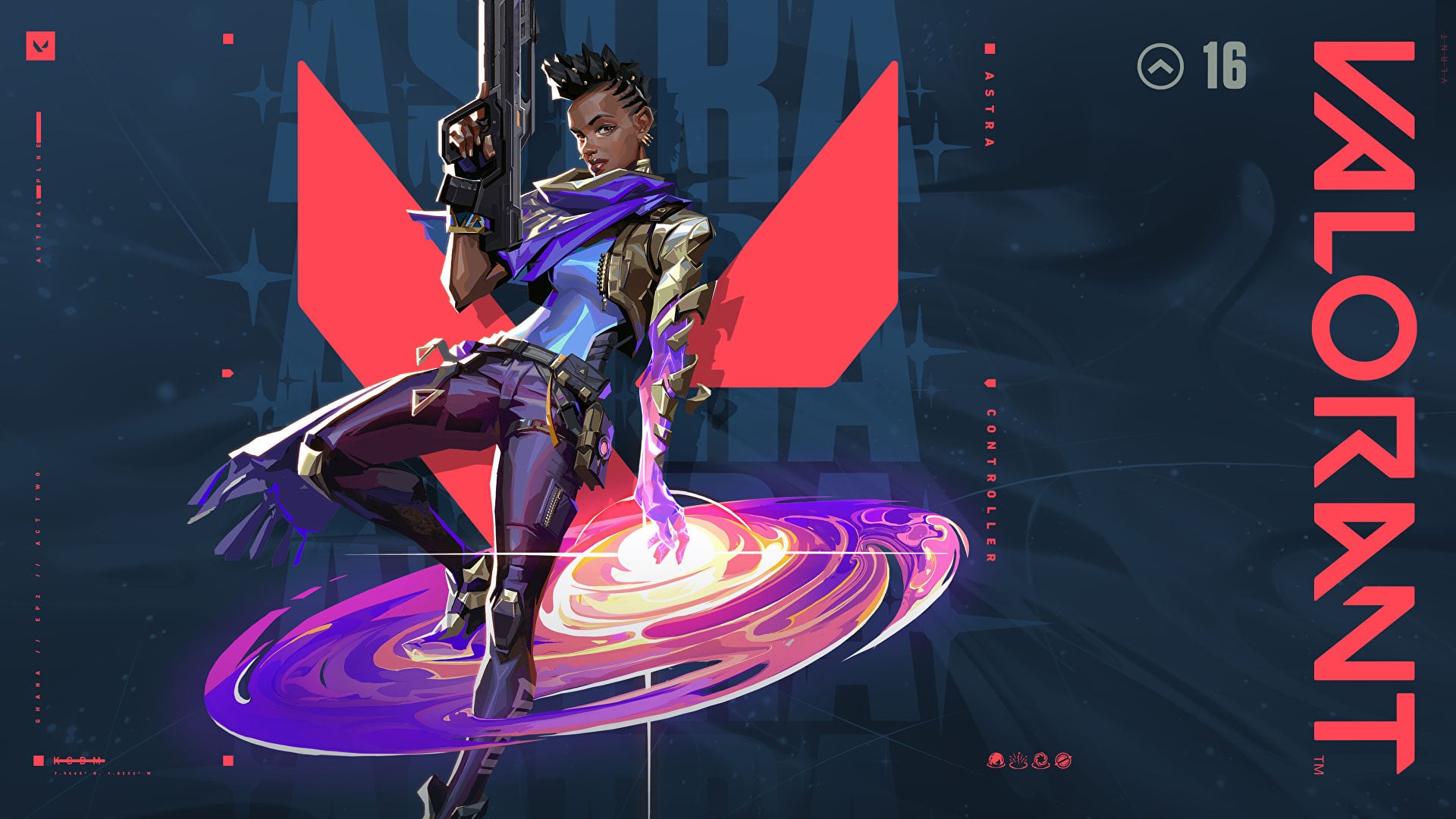 Astra is the latest character to be introduced to the roster of Valorant Agents. Classed as a Controller, her purpose in the arena is to deploy deterrents and manipulate enemy movements. This Astra guide will help you understand how to get the most out of her powerful abilities in Valorant.

Astra’s abilities revolve around Stars. You can purchase up to five at once and they act as anchor points for the rest of Astra’s abilities. Two stars are awarded for free at the start of each round with extra ones available for 200 credits each.

To place them, you must enter the Astral Form. In this state, you can fly around a cosmic rendition of the tactical map, much like Omen when using his From The Shadows teleport ability.

Once you’ve positioned your Stars, that’s when Astra’s other abilities come in. You can place any of the following abilities onto your Stars from anywhere on the map, or in Astral Form.

Activating a Gravity Well pulls all players in towards it – particularly useful for grouping players together or for pulling enemies out from behind cover. Any players caught in the pull will also be hit with a weakening debuff once the Gravity Well explodes, making it easy for you to swoop in and clean house.

The Gravity Well affects all players, meaning that it’s possible to pull your teammates (and even yourself!) if you aren’t careful.

Placing a Nova Pulse detonates a large explosion which lightly damages nearby players and leaves them with a large concussion.

Again, Nova Pulse affects friendlies as well as enemies. Be careful not to hinder your team!

Astra is unique in that she has two forms of smoke, By deploying Nebula, Astra creates a large, long-lasting smoke akin to Omen’s Dark Cover. The perimeter is opaque, but inside the smoke is clear making it an ideal spot to sit and hide.

Alternatively, Astra can use Dissipate which will return a Star to her inventory and leave a fake Nebula in its wake. The fake Nebula is smaller and doesn’t last as long. Keep in mind that the returned Star will have a short cooldown in Astra’s inventory before it can be used again.

Dissipate is useful for saving your Stars for a future round or for repositioning your abilities mid-game.

Astra’s most powerful ability comes in the form of Cosmic Divide. In Astral Form, selecting two points on the map will create a huge wall between them. The Cosmic Divide is opaque, so players are unable to see through the wall but can still walk through it. Abilities can also pass through the wall, though bullets can’t.

The wall has a deadening effect on noise, meaning that it becomes much harder to hear footsteps and abilities from the other side of the wall.

Cosmic Divide is excellent at controlling how enemies play on spike sites. Smart placement of the wall can block off crucial lines of sight while also creating new areas of cover for teammates to hide.

Will you be making Astra your main in Valorant? Why not check out some of our other Valorant guides? We have guides for Yoru, KAY/O, and maps like Breeze.