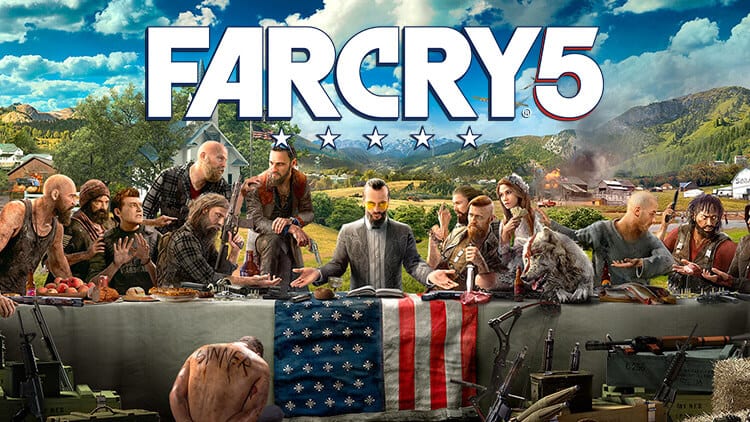 When we first saw Far Cry 5 we thought that it is going to be a great game and we really hope I can stack up to our anticipations. Drew Holmes, the writer of Far Cry 5, has informed as that the game won’t have any towers and there won’t even be a mini-map! This will likely make the game more unique and push the players into exploring his surroundings.

“We really wanted to focus on exploration with a sense of, ‘I’m not sure what to do or where to go’. The removal of the mini map was so you’re not staring at a little corner of your screen saying, ‘what’s new in the world?’ You’ve got to actually pay attention to the world and the art side is doing a good job of making sure there are good landmarks to orient yourself. That it becomes more [or] less the game guiding you on where to go, and more of you saying, ‘where do I want to go, what do I want to do today?’”, Holmes said.

Sure, both of those features will be missed by the franchise’s fans as they played a significant role in the role of the game. Moreover, apart from those changes, players will also find themselves in the mountains of Montana instead of the tropical islands gamers got used to. Other features on Far Cry include: Character customization, four main villains, and multiplayer co-op.

“I think in Far Cry 3 and Far Cry 4 you got into a rhythm of, ‘the only way that I can find out what to do in this area is to go climb a tower, hit a button and all of these things pop up.’ We really wanted to focus on exploration with a sense of, ‘I’m not sure what to do or where to go’.”

According to Holmes, the lack of a mini-map or towers, will encourage gamers to explore the world further. As a result, the experience will be more personalized and mesmerizing.

“I think when you set a game in a more familiar setting like Montana, we wanted to compare it to, ‘what would I do in this situation? I’d have to go and try and meet some locals, see if they’d do anything. Or go to a town and see if there’s anything to do around there. So the goal really was to get rid of the towers as a way of forcing me to interact with the people, pay attention to my surroundings. And sort of intuitively figure out, ‘well, if there’s a town here, there’s a gas station down the road,’ so everything sort of feels like a believable world.”

This is the first time such changes are made in a Far Cry game. We will have to wait and see what the gamers’ reactions will be upon its release.