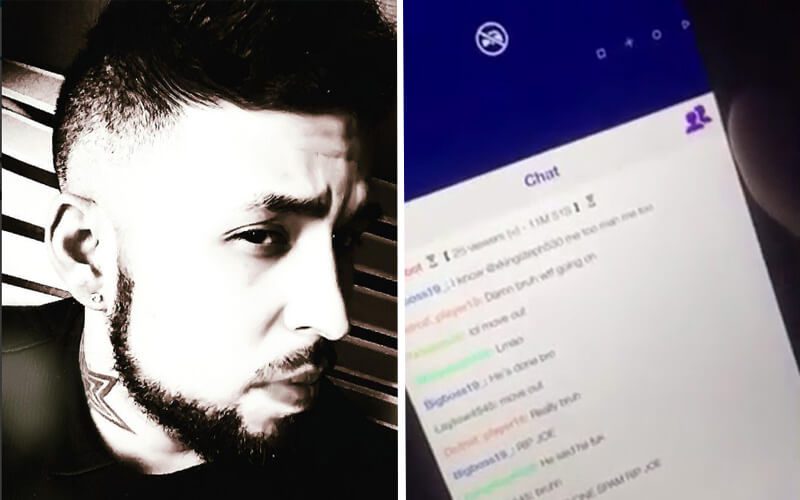 This has been a rough few days for Twitch. Many streamers have the intent of becoming Internet famous by providing unique content. Then there are those streamers that grab attention for all the wrong reasons, such as “accidentally” flashing their lady parts on stream and jerking off live on camera. However, nothing beats what this guy just did (no pun intended).

Today while streaming, JOEDADDY505 decided to physically abuse his girlfriend or wife while streaming. He did remember to cut off his video before initiating the abuse, but he unknowingly left his microphone on for all to hear.

The video of his Twitch stream was recorded on a mobile device by viewers that did not seem to realize what was initially going on. After a few chuckles about the screaming, they soon realized that this was way more serious than they first thought.

In the background audio, you can clearly hear a man yelling derogatory things at a woman. He calls her a slut, bitch, and whore multiple times, followed by the sounds of physical abuse. She tells him to get off her, and threatens to call the police. This abuse goes on for minutes. The screaming is continuous throughout the entire video.

It appears that in addition to being banned from Twitch, his content from YouTube has also been removed.

You can read some of the viewer comments if you look closely at the video below. Please be advised that the video contains sensitive material that may be hard for some people to listen to. The audio file starts at around the 1:50 mark.