If you know much about video game development studios, the name Turtle Rock Studios should instantly connect with the infamous Left 4 Dead series. Developers have been closely working with Valve for years during their days as an independent studio and with Left 4 Dead shown off from the company, Valve quickly snatched the studios up in 2008. Though it was a wonder why Turtle Rock Studios left valve to begin with, today we’re finally getting the story as to why the departure was a must for Turtle Rock Studios.Recently Phill Robb spoke with Eurogamer on the subject.

The development team worked well with Valve though it was the long distance relationship that ultimately made for a tough overall production. Turns out that Turtle Rock Studios is located in Lake Forest, California while Valve remains in Seattle. Due to being over 800 miles apart, getting information from one development team to another wasn’t always easy.

“Co-developing and working on one product, when both teams, two super tight-knit teams, are 800 miles apart, it’s a nightmare,” -Phill Robb

This ended up resulting in the development teams to stumble upon each other. Apparently, after Left 4 Dead shipped, Turtle Rock Studios wasn’t fully satisfied with how the game turned out.

“There was a lot of tripping over each other. At the end of the day, after we shipped [Left 4 Dead], no one was really happy with how it worked. So we sat down with [Valve boss Gabe Newell] and talked about it, and it just made the most sense that, y’know, why don’t we go back to what we knew worked, which is us going independent again, and certainly they’d have work for us.”

Now Turtle Rock Studios is working on a brand new IP known as Evolve. This is a game meant to be played with by friends where a team of four will take on a randomly chosen player which will be made as an alien. 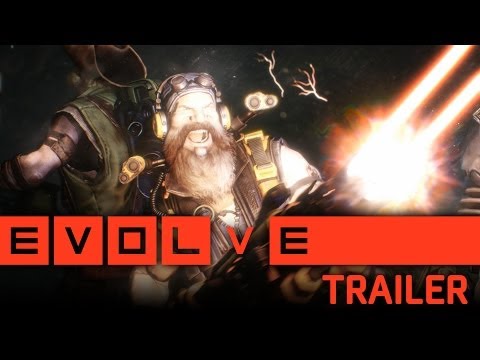