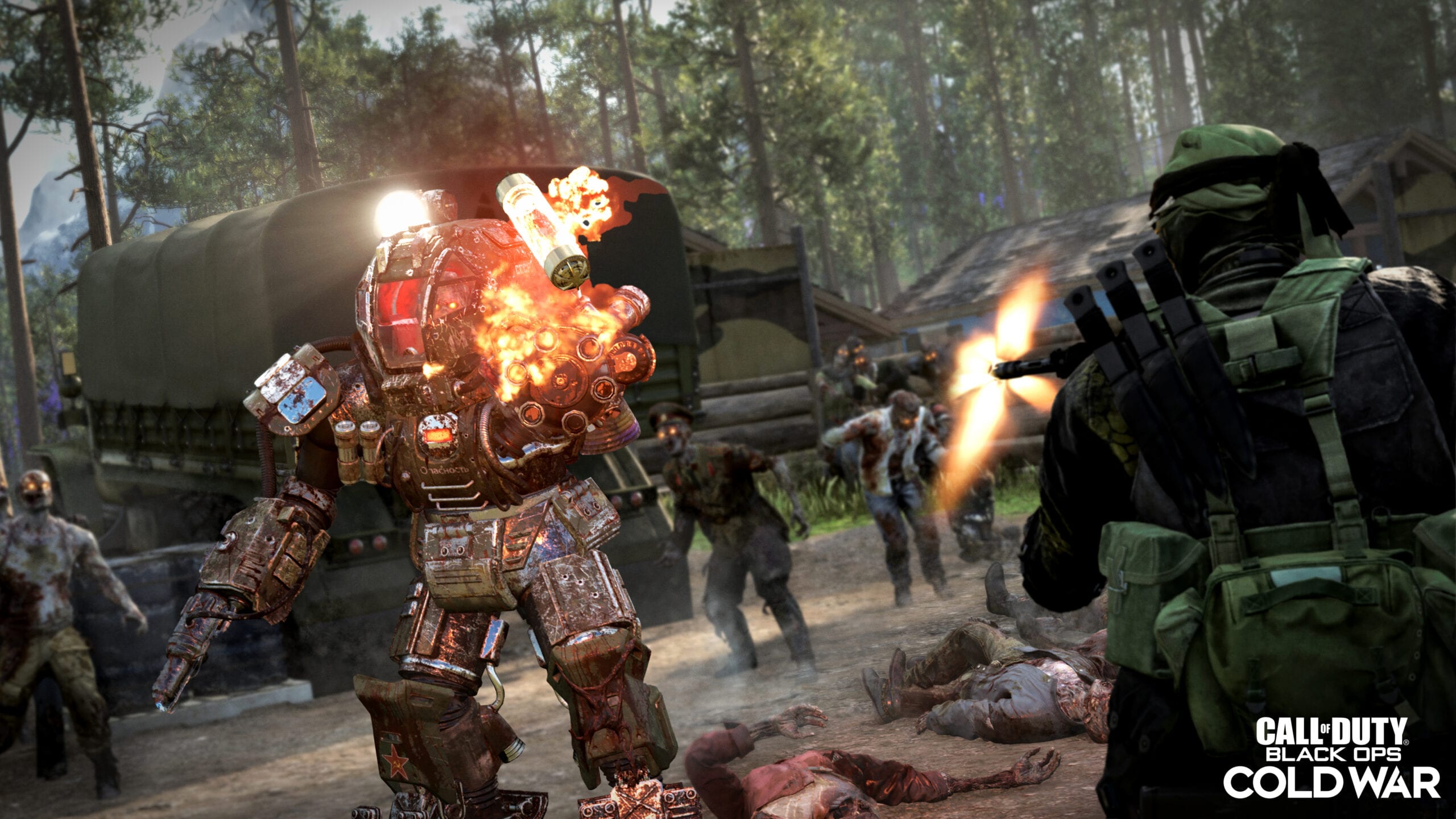 It looks like Black Ops Cold War’s Zombie Outbreak mode will see a huge update in the coming weeks.

Treyarch recently posted a cryptic blueprint to its Twitter account. It shows what’s described as a “Beacon Communications Receiver” with the subtitle of “Psychotronics Omega”.

The blueprints depict front and side views of a circular device that appears to encase some sort of electronics. A description at the bottom of the page reads:

“The Beacon Communications Receiver is designed for use with the Dark Aether ‘Beacon’ mechanism. Once the connection is established, the receiver enables communication through otherwise inaccessible broadcast frequencies. Perfect for emergency field use as the channel cannot be intercepted or decrypted through traditional methods.”

The Dark Aether Beacon is the device used in the Outbreak mode to travel between different locations. This new device depicted in the blueprint seems like it will open up a new broadcast frequency to teleport the players across.

What does this mean for the Outbreak mode?

The possibilities of what this could mean for the Outbreak mode are endless. It could be the simple addition of a new map. In the past, the larger-scale maps used for the Fireteam mode have been repurposed for use in the Outbreak mode. We could see more of those maps appear with the introduction of this new contraption.

Alternatively, we could see even wilder locations appear in Outbreak. There’s the potential for new areas that we’ve never seen before in Zombies. Or, could we be making a return to a freshly nuked and zombie-infested version of Verdansk?

I’m just speculating at this point, but we won’t have to wait too much longer to find out for real. The tweet says that “The hunt begins May 20th”. That might mean that there’s some sort of challenge players will have to complete before we see a change in Outbreak. All will be revealed soon!

Will you be jumping into Cold War Zombie Outbreak mode next week? Let us know across our social channels!