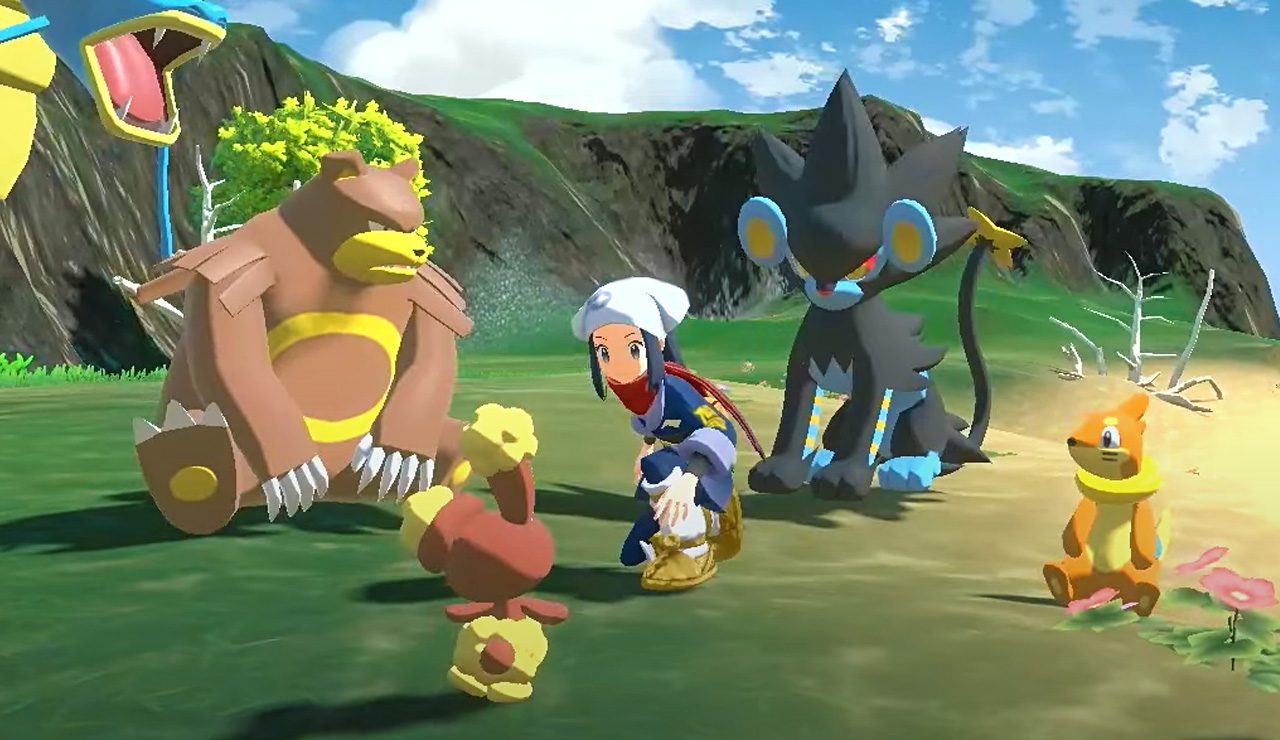 Pokemon: Legends Arceus has changed up the Pokemon formula a lot, but you’ll still want to get your hands on a good team of Pokemon. And in the first area of the game, the Obsidian Fieldlands, there are a quite a few options to choose from.

If you want a strong team and you’re not sure who to pick, here are some of the best Pokemon you can find in the Obsidian Fieldlands. These are all catch-able before you move to the second area, and should help bolster your team

Eevee is a rarer Pokemon in Legends Arceus, but it can be found occasionally in the Horseshoe Plains. You’ll want to be careful when approaching it, as it’ll run off if you spook it. Eevee is well worth catching though, as it can turn into one of a variety of forms. You can take your pick from water, electric, fire, psychic, dark, grass, ice and fairy type evolutions. I went with fairy and it was pretty helpful throughout the game, especially as it evolves quite early. It might take longer to get the other forms, as finding the right evolution stone can take time. They’re sold at the Trading Post near the training grounds, and sometimes show up from smashing rocks or in space-time distortions.

You’ll have to catch a Shinx during the game’s tutorial, so this one shouldn’t be hard to find. But you may want to stick with it, as it can be an early-game powerhouse. It turns into Luxray, one of the strongest electric types in the game. It also learns a lot of strong moves early on, including the elemental “fang” moves like Ice Fang and Thunder Fang. That’ll give you a lot of coverage to deal with a variety of enemy Pokemon.

Right to the left of where you fight Kleavor, you can find its pre-evolution Scyther. This Pokemon is extremely good to catch early on. Once you’ve unlocked your second mount in the Crimson Mirelands, you can use it to dig up Black Augurite to evolve it into Kleavor. Or, if you have more patience, you can wait ’til you find a Metal Coat and evolve it into Scizor instead. Both options are extremely powerful and should be able to put in massive work on your team. The second option might be tough though, as you’ll have to gather lost satchels to get merit points in order to buy the item from the Trading Post.

This one goes without saying, but Magikarp is a secret powerhouse that deserves a spot on anyone’s team. It turns into Gyarados at level 20, one of the strongest Pokemon in the game. You can find Magikarp around the Obsidian Falls or Lake Verity. It might be tough to find one close enough to the land for you to catch, but a well-aimed throw can net you your own early Magikarp. It’s often easier if you use a feather ball. Once you get one, you can evolve it quickly and use your new leviathan friend to your heart’s content.

Zubat is one of those Pokemon that seems weak at first, but quickly turns into a really strong threat. It evolves into Golbat fairly early, then into Crobat when you reach high friendship. That just means you have to keep it around and use it in battles, and eventually it’ll like you enough to evolve. This shouldn’t take very long, and you’ll have your own Crobat to use for the rest of the game. Crobat is a really helpful Pokemon due to it’s high speed and solid attack.

Who do you think are the best Pokemon to catch in Legends Arceus? Share it on our social media channels!