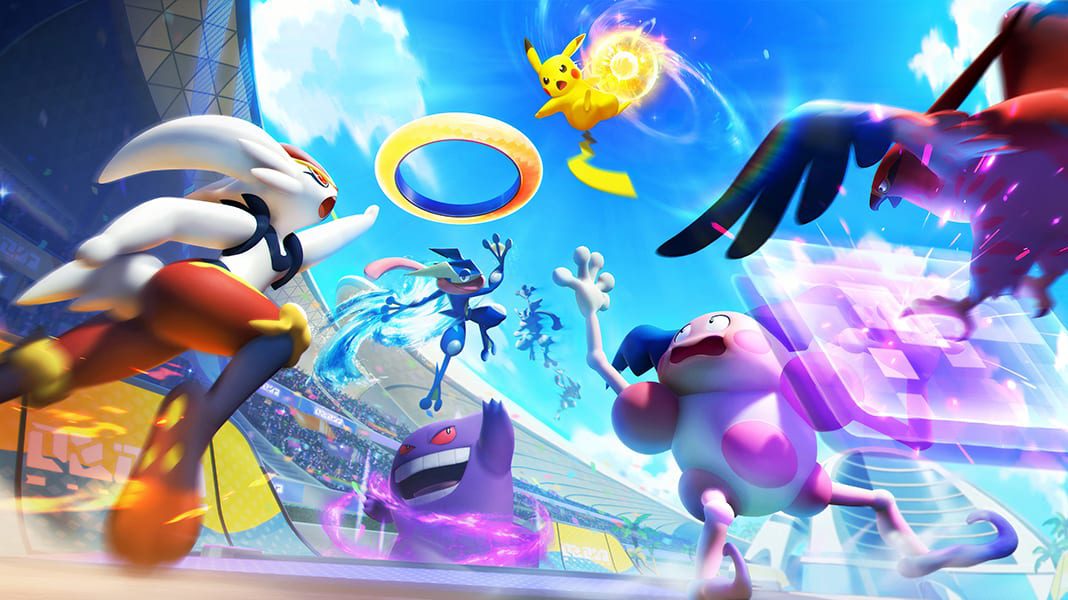 Pokemon Unite is a brand new competitive MOBA that’s set to launch next month on the Nintendo Switch. It’s also coming to Mobile in September.

Matches will consists of 5v5 teams fighting it out to earn the most points. Points are achieved by capturing control points and by defeating enemy players.

Nintendo recently announced all three of the maps that will be available at launch, as well as all the Pokemon you’ll be able to play as. Each of the three maps are slightly different, allowing for some variation in tactics. The 19 available Pokemon fall into five unique classes, so there should be something here to fit your playstyle.

While the game will launch with three maps and 19 Pokemon, more of each are expected to be added in future content updates.

Blastoise and Gardevoir are confirmed to also arrive in Pokemon Unite, but they wont be there at launch.

As for maps, you’ll have your pick of three at launch.

First up is Remoat Stadium. As one of the larger maps on the roster, Nintendo says that this one has the possibility for big plays. A ‘Legendary Pit’ sits at the centre which is home to some of the toughest Pokemon. Defeating the mob at the centre will earn big points for your team, and will leave the enemies base open for attack.

Remoat Stadium is one of several Aeos Island maps on which Trainers can battle.

With five Trainers per team, Remoat Stadium has opportunities for big plays and coordinated efforts, in addition to some of the largest team brawls a Unite Battle can have! #PokemonUNITE pic.twitter.com/JOhlqivzp8

Then there’s Shivre City, a snowy city on a much smaller scale. There’s only two ‘Goal Zones’ in this location, so you’ll constantly be fighting other players for the majority share of the points. Defeating the wild Avalugg that appears in the centre zone here places a protective barrier over your own base, making it harder for the enemy team to attack.

The snowy streets of Shivre City host a single goal zone per team, which means you’ll constantly be battling the enemy for control of the map and to score points. #PokemonUNITE pic.twitter.com/9wShjnv1Le

Last up is Auroma Park. Larger than Shivre City, this area appears to be much more open. There’s plenty of tactical opportunities, though.  Conveyor belts litter the lanes, providing some interesting traversal methods that can be used either defensively or offensively. Both teams share the same Goal Pit on this map, so there’ll be a lot of coordination going on between teams.

The conveyor lanes might convince you to take it easy, but you’ll need to stay quick on your feet in Auroma Park.

With three Trainers per team, these battles require dedication to your Pokémon’s role if your team is to be victorious. #PokemonUNITE pic.twitter.com/z7PjEt1qxI

Will Pokemon Unite be the next big thing?

Pokemon Unite has been a long while in the making. Back in 2019, a job listing at Nintendo advertised for a role making a brand new mobile Pokemon game. This could finally be the fruitions of that project. It’s set to launch on Nintendo Switch later this month and will come to mobile devices in September.

Could Pokemon Unite be the next big esports MMO? Let us know across our social channels.