The popular arcade shooter for the mobile devices is making its way to the Sony console and handheld system. We’re talking of Tiny Troopers: Joint Ops of course, a title that is combining the popular Tiny Trooper and Tiny Troopers 2: Special Ops.

This may have been a title you’ve played on your mobile device and if you enjoyed the game or if it wasn’t on your radar, you’re in luck as the game will be revamped and heading to the Sony PlayStation 3, PlayStation 4 and the PS Vita. While we’re still unsure if this game will cross-buy, we do know that the game will be changed up a bit for the Sony consoles and handheld system.

As of right now, there is no word on just when the game will be launching or any details on the price point. However, once news does break, we’ll keep you posted right here on PSG! In the meantime, take a look at the game trailer for when the Tiny Troopers was released on the mobile market. 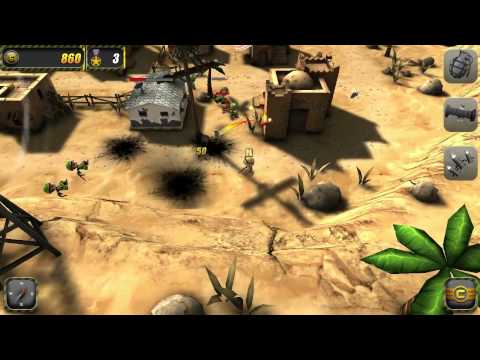