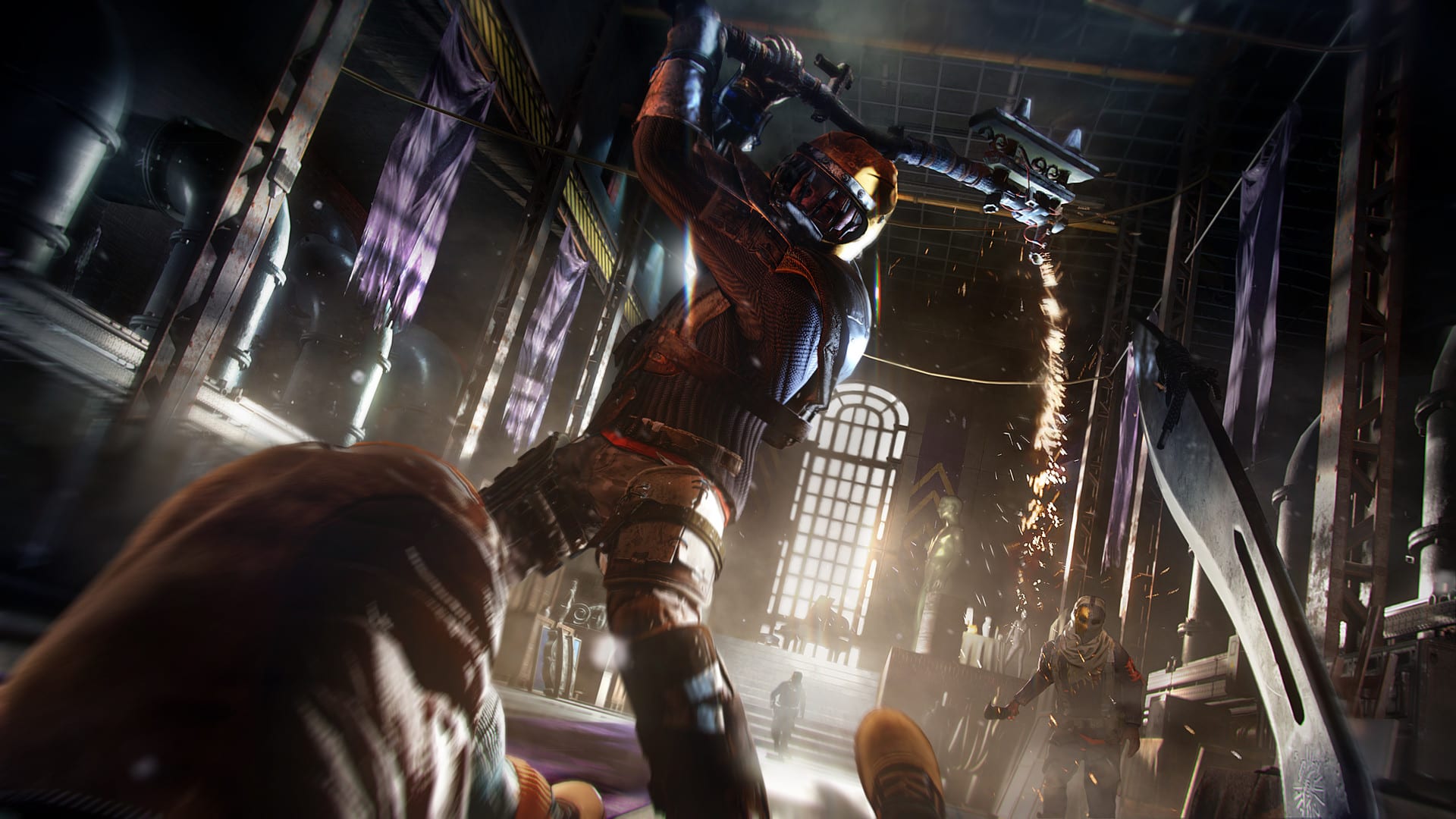 After teasing bits of information about Dying Light 2 over the last few months, Techland finally treated us all to a full trailer and deep dive into the game’s development.

Hosted by streamer Leah ‘Leahviathan’ Alexandra and Jonah Scott (the voice actor behind Dying Light 2’s protagonist), the stream contained half an hour of developer interviews and brand new gameplay.

There was a lot to show, so here’s a roundup of everything you may have missed in the latest Dying Light 2 gameplay trailer.

You don’t need to have played the first game

Though the sequel to 2015’s zombie parkour extravaganza has a number two affixed to it, you don’t necessarily need to have played the first game to understand what’s going on.

Where the events of Dying Light take place at the beginning of the zombie outbreak, Dying Light 2 occurs twenty years later. In that time, society has fallen and begun to bounce back, though the undead threat still lingers over humanity. It’s a period referred to as the “modern dark ages”, according to Techland.

You play the role of Ayden Caldwell. He’s a member of a group known as the Pilgrims who are travelling across the city in search of remnants from their past. Along Ayden’s journey, you’ll meet several new characters and factions that weren’t seen in the first Dying Light game.

So, if you were worried about trying to fit in another playthrough of Dying Light before the sequel releases, you shouldn’t worry too much. Dying Light 2 is a sort of blank slate for the series to write a fresh story on. Though there might be occasional easter eggs and references to its predecessor, playing the original is not a necessity.

There’s a bunch of factions to interact with

Amidst the re-emerging world, several different factions have evolved to populate the city. Each of them holds its own philosophies and beliefs. Some will be allies, some foes. With Dying Light 2’s narrative system, it’ll be up to you to decide which is which.

‘Survivors’ occupy the liveable areas of the city, mostly on high rooftops. They’ve managed to cultivate a lifestyle that allows them to stay healthy and, most importantly, alive. You’ll find them accumulated in their safe zones scattered across the map. They’ll likely call on you for general assistance as you pass through on your travels.

The ‘Peacekeepers’ are loyal soldiers who lay down their own version of the law. In a world overrun by the undead, this militia will stop at nothing to bend others to their will.

‘Renegades’ are ex-prisoners from a time before the outbreak. They serve a ruthless Colonel, under whom they seek to destroy all other factions to solely rule over the city. The trailer shows Renegades capturing Ayden and interrogating him for information.

All of the factions can either be sided with or acted against. Depending on which faction you help or hinder will affect how the world evolves along with the story. Through the narrative system, you can carve out a story that’s truly unique to your own version of Ayden Caldwell’s character. Don’t be disappointed when you can’t romance anyone, though. Techland has said that Dying Light 2 won’t feature any romance options – not even for zombies.

You really don’t want to be caught outside at night

A familiar mechanic returns from Dying Light. Fans of the first game will remember that the last thing you wanted was to be caught outside once the moon rises. After which, the zombie inhabitants become completely feral with much more dangerous species emerging for the hunt.

The rules change again when darkness falls on Dying Light 2’s city. The zombie horde increases in size drastically under the cover of darkness, making it much harder to traverse the ground on foot.

As this game takes place years in the future, the virus has had time to mutate into despicable new forms. Various insidious new zombie types will emerge from hiding to hunt you down unless you can make it to the safety of some UV light rays.

There’s little chance that you’ll survive if you try to take the horde head-on at night. Your only option is to use the environment to your advantage and parkour your way to safety.

That said, there is some incentive to explore the city after dark. As the infested zombie nests of the day filter out under the night sky, they become empty enough for Ayden to explore. Those with enough courage to explore the dark depths will be rewarded exceptionally, according to Techland.

Those are just a few details that we glimpsed from the new trailer. We’ll learn more in a future Dying 2 Know event in the next few months. We don’t have too much longer to wait for the full game, either. Dying Light 2 finally has a release date of 7th December 2021.

What did you make of the most recent Dying Light 2 gameplay trailer? Let us know across our social channels.