Razer might be known as one of the giants of the gaming/manufacturing world, but fans of the company aren’t looking for a new headset or gaming mouse – they’re looking for a toaster.

A Facebook group known as Give us the Razer Toaster is working hard to make sure everyone’s dreams come true with perfectly toasted Razer bread that blows all other toasters off the market.

Interestingly, Razer’s very own Min-Liang Tan isn’t just aware of the project – he’s actually agreed that if the page reaches one million followers, he’ll make the Razer Toaster a reality.

The CEO of Razer replied to this with a very sassy tweet:

Now that’s a pretty hefty goal, considering the size of the group as it stands at the moment, so don’t expect a Razer toaster just quite yet.

Founded back in 2013, the page is now just shy of a 40k strong community of toast fans, all working towards the same goal of perfect Razer-produced toast every morning, but hopefully they’ll bring us the breakfast justice we all need and deserve.

On a post on the page, founder Mark writes: “I started Team Toaster as a way for us to come together, share memes, share news, discuss strategies and for you all to have a say. If you want to help this page and community, the best way to do that is by being involved in Team Toaster. (We recently got a new logo for that designed by the legend Blaketato on Twitch.) I’ll drop a link in the comments. Merch is also a thing I’ll have ready soon. Good times…

“I still believe that one day we can make it to 1 million likes. Yes it’s legit. Yes this whole movement is actually not a joke. I will continue to fight for this. My biggest hope is that Min-Liang Tan or Razer will notice more of our plight and support us in more ways.

“Min’s trolling has always been good fun and we’ll forever appreciate his engagement.” 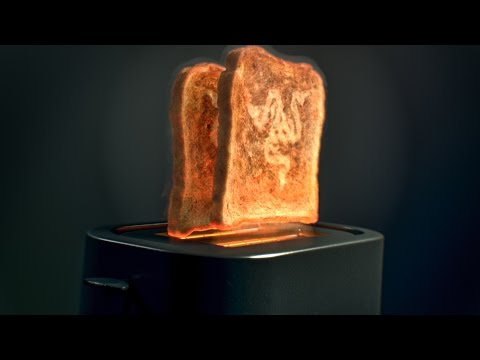 If the idea of a Razer toaster sounds familiar, you might be familiar with the famous Razer April Fools joke of 2016, in which they recognised the toaster memes and created a video announcement of the product.

If you want a Razer toaster, best head over to Facebook!