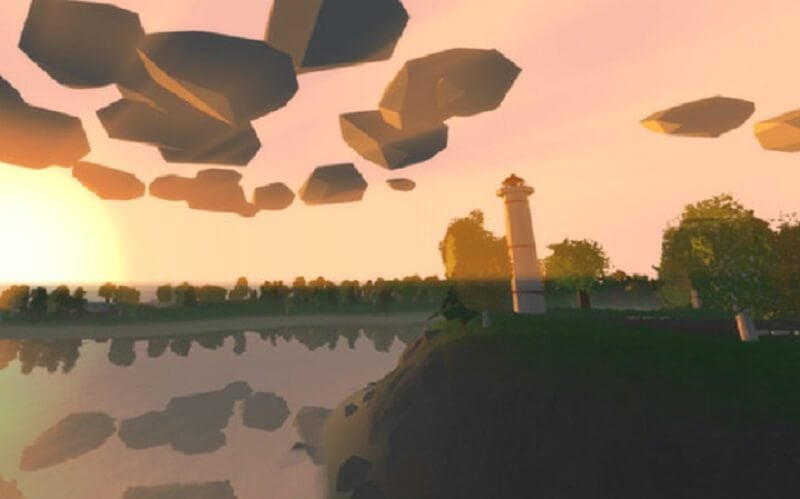 Unturned is a free to play sandbox zombie survival game released in 2014. The game was developed entirely by Nelson Sexton, who was then a 16 year old guy. Since the releasedof his game, Sexton has also developed and implemented more than 150 updates for the game. He has been providing these content to the community every week.

Although it seems impossible for a single person to handle the pressure of managing a game, Nelson Sexton has done it all alone and brilliantly too. He’s been adding some nice patches to the game which contains police helicopter, thief costume, waffles, pizza, nailgun etc. (Source: PC Gamer)

Sexton’s only goal is to create a perfectly limitless Walking Dead experience and he toils really very hard to achieve that. PC Gamer‘s Luke Winkie talked to Nelson Sexton about Unturned sometime back. Here are some excerpts and details from that interview.

He said, “On a day-to-day basis I pick something that looks interesting to work on, work on a bit, finish it, and move on to the next thing.”

“I’ll go through these cycles where there’s a whole bunch of stuff on my to-do list and I’m like ‘I’m going to busy for a long time, there’s all these cool things to work on,’ and it’ll get closer and closer to being empty and I’ll think ‘maybe the game will release soon!’ But then there’s always a ton of new suggestions I want to add and the list gets huge again,” he added.

Sexton’s Unturned is the third most owned game in Steam and has been downloaded more than 24 million times. The total number of owners of Unturned is equivalent to that of Counter-Strike Global Offensive.

Unturned has the aesthetic similar to that of Minecraft or Terraria. The players of the game need to keep themselves safe in the zombie-infested Prince Edward Island by keeping the four vitality meters viz. health, starvation, thirst, and disease in control. The game also has crafting, skill and fort systems along with some other servers which brings in a change on the difficulty and scalability of survival.

The game has been released for two years now and it has continuously received new additions like weapons, animals, food items, buildings, new types of zombies, VR support and a multiplayer-only arena game mode. It’s amazing how a teenager has managed to acquire such nice programming skills and has been able to provide support to such a huge community.

“I remember one day I came home from school and I was thinking about adding an attachment system, where you could add a grip to a gun or a silencer or stuff like that,” said Sexton.

He adds,“Just in that evening I went through every single gun, added attachment points and the attachments, and by the end of the evening that version was in the game.”

Most of the online games by giant companies with huge communities are looked down upon by them. For example, in Hearthstone, the community had to plead Blizzard for two years until they finally gave them the access to the additional deck slots. Similarly the support of EA’s SimCity has been pathetic, while Capcom didn’t even mollify the player’s base in Street Fighter V for the next six months since its release.

In this case, we will have to hail Sexton for the fact that he has been very disciplined in terms of support for his game. This is the reason why the game has always been in the upper 10 percent of Steam’s top 100 played games.

Sexton said, “For ages everyone had been asking for helicopters and boats and other transportation and I had always said ‘yeah maybe, we’ll see.”

“But then there was this two week period [earlier this year] where I was just like ‘you know what? It would just be so cool if there were all these vehicles in the game,’ so everyone was super surprised because out of nowhere there was this awesome update that added helicopters and airplanes, and the next week I added the boats,” he added.

Sexton thins of the community so much that he has even given them the access of his Trello (a project mapping website), such that they can keep track of the upcoming items, features, and fixes. This keeps the game transparent and rumor free.

“At this point the community and I are always talking,” said Sexton.

He added, “Some of the people I talk to a lot on the Steam forums I end up just adding to my Steam friends list and they’ll do bug reports and make feature suggestions. A lot of my best friends are people I met from Unturned.”

On the the other hand, the players of the game also feels that Unturned is special because of Sexton’s warmth.

A 16 year old player named Christian has been been playing the game since it very launch. This is how he feels about the game.

“It’s great to have a developer that is so close to his community, and I feel as though many big corporations that seem like they should know what they are doing, could learn a lot from Nelson about how to manage a community as well as he does. I am surprised Nelson puts up with such a loud audience and manages to continuously implement new features the community wants. [He’s] a huge inspiration to me as he talks to the community, and isn’t afraid to experiment with something that strays a bit from a straightforward path that Unturned could take.”

According the Sexton, the continuous patches keeps the players engaged. The game gets bigger and richer with every update with the game. He also mentions that he and the community even shares the same vision.

“A lot of people feel like their suggestions are getting into the game,” he said. “Every time I put out an update with a comment section I look through them and I see all these people saying ‘hey he added my idea!’ I think it’s unlikely that it’s their specific post I saw, but even if it takes a couple weeks before it gets in the game people like knowing that the game is moving in the right direction.”

Back in 2014, when the game just received the 3.0 patch, there some issues in managing the wardrobe if the character was wearing a lot of clothing. Sexton immediately posted on the subreddit looking for some suggestion. A player named Christopher responded with this mock up, he uploaded to imgur.

“I think the reason why the community stays so tight-knit is because they know that Nelson is probably reading what they’re saying. The community is constantly discussing new changes to gameplay, rumors, suggestions, and bugs, and Nelson always listens,” he added.

Unturned is a free-to-play game with no microtransactions at all. However, you can spend $5 in an one-time update, which will give you access to special servers, unique clothes, and gold-plated weapons.

“I like how people can try out the game and ask their friends to play with them, and they can have fun with their friends,” Sexton said. “For me the main thing I enjoy about Unturned is seeing the feedback, and I think the reason for that is how it’s easy to get into.”

Sexton is not enrolled in a college yet. He however says that he’ll enroll to one of them if he feels he can’t figure anything about game development on his own. He also mentioned that received some big offers to sale Unturned permanently.

“I think it’s just too much of what I do and what I enjoy to sell it, I think I’d rather continue on having it being my hobby than have it become some corporate money-making thing,” he said.

Sexton’s statement definitely defines the game. Unturned is now his entire life. It is still not officially release and is in a never ending development process. There might be a day when Sexton might look forward to cash out on the game, once he receives even bigger offers. He might also not consider selling the game and look for other unexplored monetization options in the game.

He said, “I love looking at the community-made maps and seeing them doing things I never even thought of. I remember seeing someone who put the kitchen cabinets I intended for the floor on the ceiling. I love seeing how people look at things I made and come up with their own ways of using them. There are maps with giant dams even though there isn’t a dam object in the game.”.

He added, “It’s a special feeling. From the modding side of things, it’s crazy to think there are people using my code and they’re extending on it, and building on it.”

Whatever he decides at the end is upon him. He has done all the hard work all by himself and unlike gaming giants, who uses celebrities to promote their game, Sexton keeps in constant touch with the community.