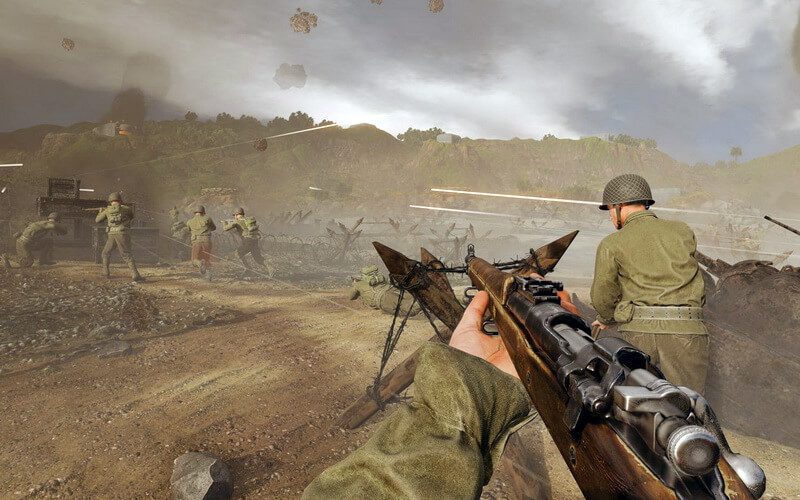 There’s a new crowd-funded game on the horizon called Enlisted, by Gaijin Entertainment, the people behind War Thunder. Enlisted is being developed by Darkflow Software, once they reach funding of $250,000 they’re going to add a new campaign.

If funding reaches one million dollars, Enlisted will also be released on consoles along with PC.

They’re banking on being able to find enough gamers who are interested in entering into a World War 2 shooter without the eSports aspect. Many games are doing everything they can to add-in eSports elements, whereas Enlisted is actively avoiding it. They say the sports element takes away from the realities of war:

“Other online shooters are basically sports-like competitions with one team fighting against the other with the background set or decor of a particular historical period, but it’s not a battle, it has nothing to do with the objectives that soldiers had in real warfare.” via Enlisted.net.

Enlisted isn’t going to be about balancing everything and having equal teams on equal terrain with perfectly fair fights, they want it to feel more like an actual war. In a real battle, there’s nobody making sure that everything is fair, quite the opposite.

The objectives aren’t going to be based around wiping out every single enemy, instead they’ll be strategically based, for example infiltrating an enemy stronghold to secure a landing spot for backup. We’ve seen missions like these in single player games, but they’re looking to bring it into the world of multiplayer.

You’re going to be controlling an entire unit, not just a single player:

“You gather your unit and then you play with this unit until you complete your objective or until the last member of this unit of yours dies.” – Enlisted.net

They’re releasing each battle as a separate game, rather than stringing them together to form a narrative like we usually see in WW2 shooters. They’re putting a huge emphasis on accuracy, both in terms of history and how the game actually plays and feels.

They currently have a first-person and a third-person view, and the developers think that first-person will be most people’s preference. 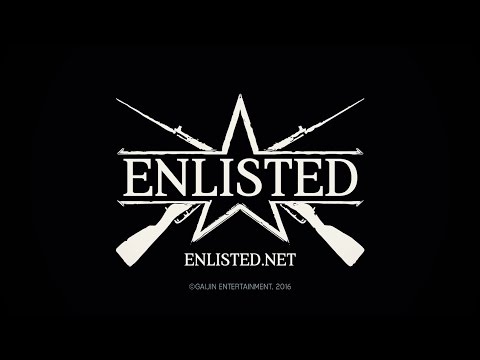 The more successful that Enlisted is, the more battles they’ll be able to release.

You can back their crowdfunding campaign starting at $6.99, which will unlock an Infantry Mosin rifle mod. 1891. For $24.99, you can unlock early access to the Invasion of Normandy campaign and a Springfield M1903 Air service. For $49.99, you’ll get three additional guns and multiple campaigns.