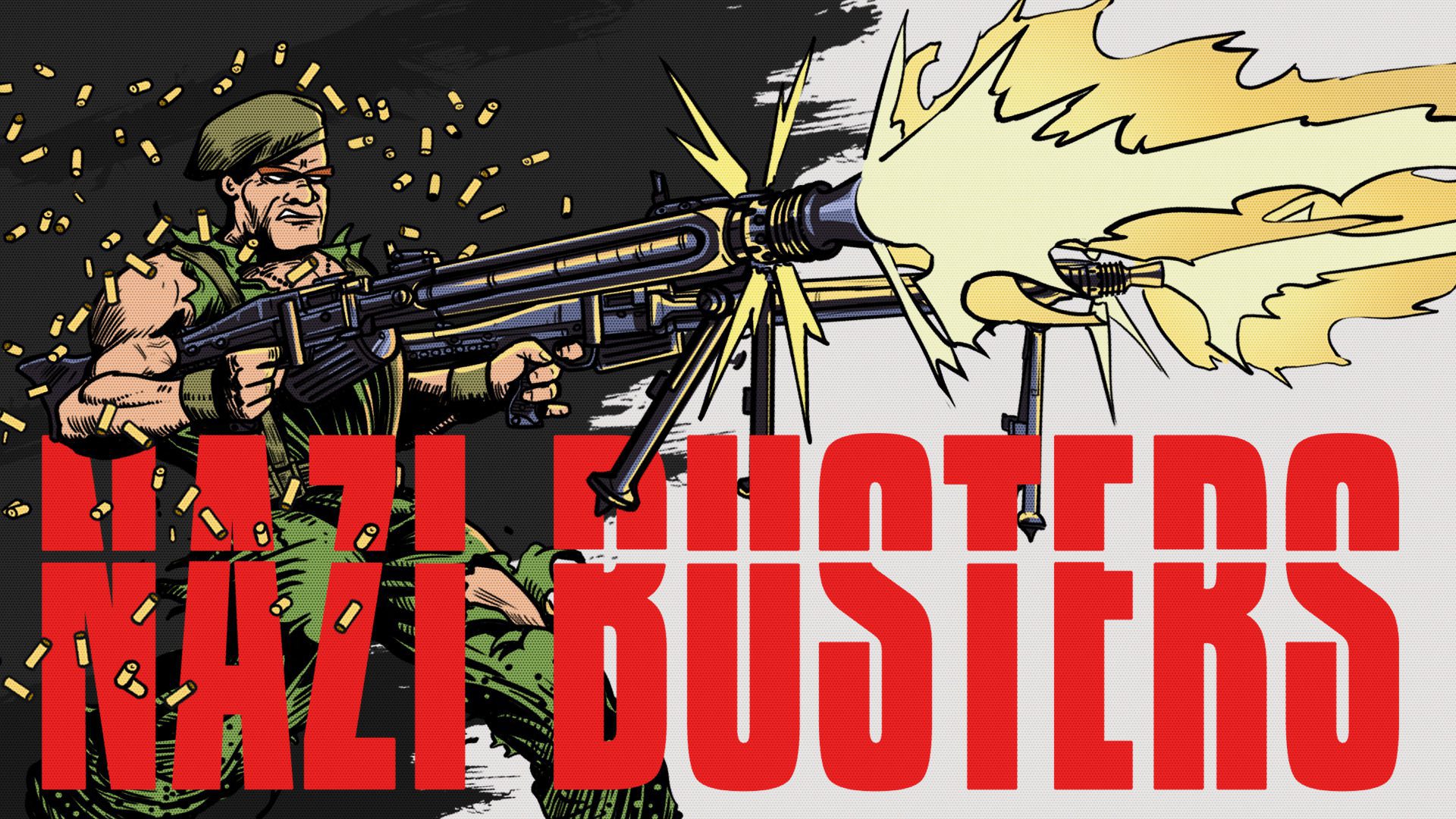 Iron Wolf Studios are wearing its influences on its sleeve with Nazi Busters. The retro first-person shooter is trying to capture the humour, gore, and gun crazy fun of series such as Wolfenstein. Previous developing the realistic sim Destroyer: The U-Boat Hunter, this is a different kind of game from Iron Wolf Studios.

Nazi Busters is hoping to mix dead bodies and one liners so frequently that “even John Rambo himself would blush”. If that doesn’t really solidify the game’s tone, I don’t know what will.

Iron Wolf isn’t shy about its influences. It hopes that fans of the Wolfenstein and Duke Nukem games will be drawn into Nazi Busters. And I reckon many will, as the game focuses in on blasting Nazi with a variety of weapons in increasingly gruesome ways.

In the trailer we see someone’s heart ripped out with what looks like a robot hand. Another has their head punted right off their shoulders. We even see a Nazi dragged up to the protagonist while he comments “get over here you little b**ch”. It’s a very brazen sense of humour akin to the Duke Nukem games. Personally, I don’t really vibe with the style of humour, but I think many will.

Gameplay will see you take on hordes of Nazis with some rip-roaring weapons. The typical swathe of WW2 weapons are mixed in with dual-MG42s, flamethrowers and the aformentioned robotic hand. It looks like you’ll even be chasing down Hitler.

Nazi Busters is available to add to your Steam wishlist now, and a demo will release before the year’s out.

Any Wolfenstein or Duke Nukem fans out there keen on this Nazi killing homage? Let us know over on our social channels!