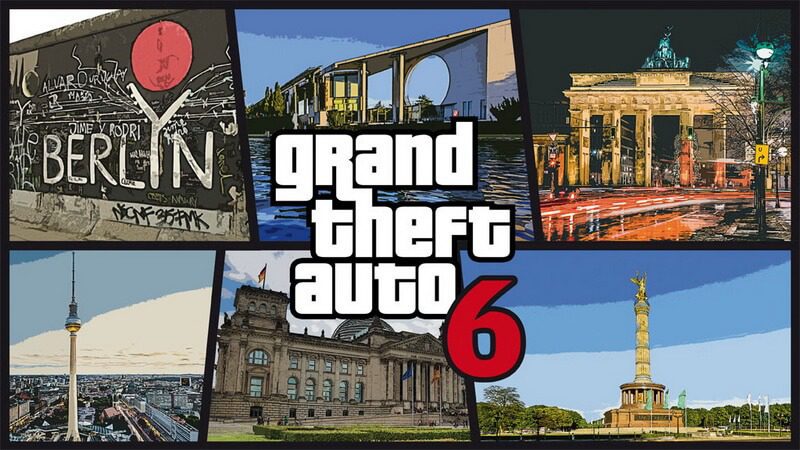 A fan of Grand Theft Auto has made the effort to come up with a concept map for the franchise’s next outing – Grand Theft Auto VI – and it’s something which’ll immediately find a following among series enthusiasts.

The map at first glance comes across as being insanely big and impossible but the guy does a good job explaining how it can actually be possible.

Unlike other GTA games, if Rockstar were to use a similar map size for GTA VI to the one this guy made, they would have to split the game into 12 smaller regions (8 Rural, 4 Urban). Each region will load specifically only when the player enters it.

He also says how the map can be made in a fashion that can restrict the player from accessing certain areas within the map. This can be achieved by blocking the players from say Canada with an unpenetrable chain-link fence or from Mexico with large steel barbwire fence.

He also stresses how Rockstar can achieve such a large-scale map by scaling down Liberty City and Los Santos to the sizes from the series’ original games.

To be specific, the map pretty much covers all major regions seen in the GTA games so far as well as including some new ones. The total stands at a staggering 12 different regions, some bigger than the others.

The notable inclusions are Liberty City, Lake City, Los Santos, Vice City and Frontier among others. He’s managed to space things out pretty well leaving plenty of room to explore each region.

He’s also marked some important areas in each and left it to your imagination to figure out what adventures might await you there.

Just imagine if Rockstar actually announces a map similar to the one below for Grand Theft Auto VI. Tears of joy would be shed by many!

Would love to explore such a map in Grand Theft Auto VI? Let us know below.