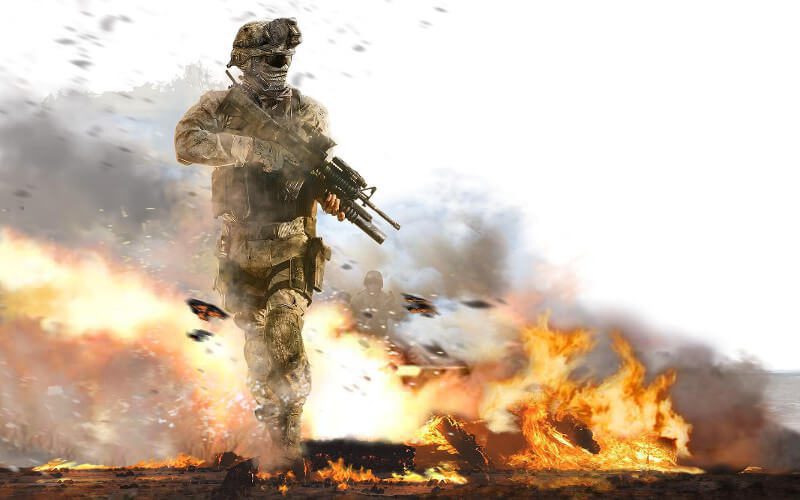 Ever since the release of the Infinite Warfare trailer, there’s been a large number of people expressing doubt over the title and Call of Duty’s continuing success as a franchise. The reception for the trailer is currently one of the worst for a game trailer ever, and even the Battlefield 5 developers said the game looked “10 years old,” which is a pretty ballsy thing to say as Call of Duty’s main competition.

Now a petition has been created by fans of the series demanding that the remastered version of Call of Duty: Modern Warfare be sold separately from its current package deal arrangement with Infinite Warfare.

“By signing this, you promise to NOT purchase Call of Duty: Infinite Warfare, in-game microtransactions or DLC (across all Activision titles) unless Activision makes the Call of Duty 4 remaster available to consumers at launch separately, for a fair price.”

That’s a pretty harsh course of action. There may only be around 300 signatures on the page as I write this, but the fact someone went to the effort of actually making this happen, and that 300 out of the thousands of people who have seen the petition have pledged themselves to it, really shows the loss of faith of fans in the series.

The petition also seems to be designed more as a plea than anything else, as the petition creator began with a statement appearing to come from a sense of wounded loyalty:

“Activision/Infinity Ward: please stop gouging the people who have supported your company for years”

Clearly, all that these fans want is for Call of Duty to continue delivering excellent experiences like the ones they had from the first Modern Warfare. Call of Duty games do continue to sell extremely well (yes, even Ghosts did pretty good), but surely its a sign of a problem when fans feel so jilted by what you’ve done to a series that they create something like this.

Now, it’s not all bad news. The remaster for the original Modern Warfare has been faring extremely well. Included below are some comparison images of the original game against the remaster.

It’s clear to see the significant visual improvements the remaster has achieved. Lighting effects are now far more dynamic (as is evident particularly in the first image), and environments now display a much greater level of detail. Fuel drums are no longer simple silver cylinders, but are now uniquely coloured, dented and rusted. Debris from the chaos of warfare now litters the environment, and buildings and walls show in greater detail the scars of battles that have occurred around them.

The effort developers have put into the remaster is to not change, but simply improve the original experience that Modern Warfare provided, and that is very apparent. Hopefully, the praise for this from fans over Activision’s latest installment will help them understand better what fans truly desire, and remind everyone why the series became great in the first place.