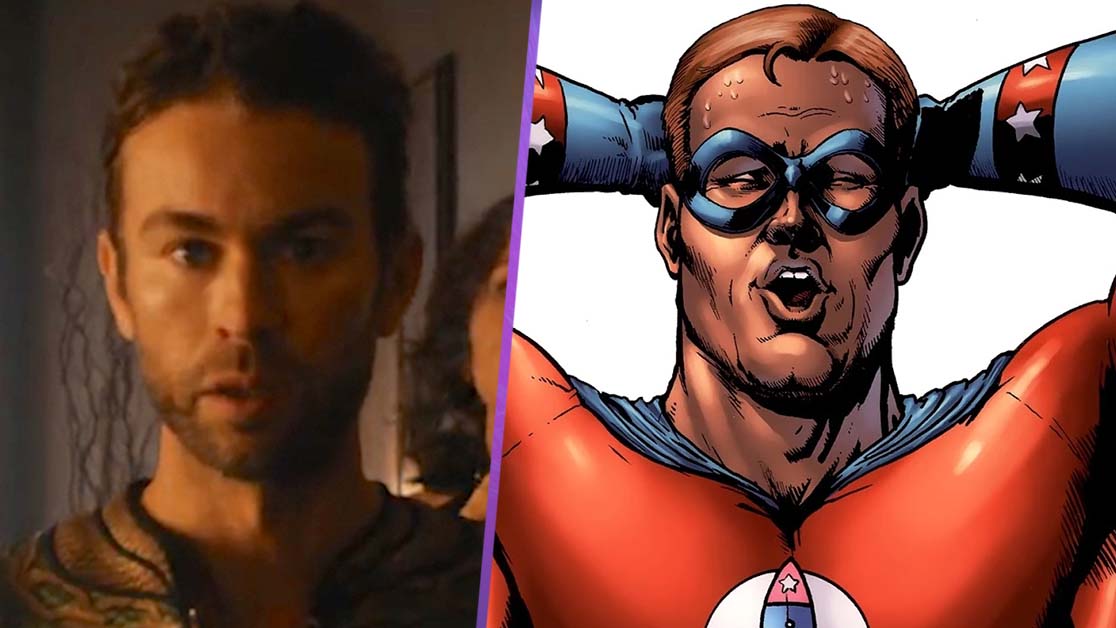 It goes without saying, but huge spoilers ahead for season 3 episode 6 of The Boys. Amazon’s hit superhero series has never shied away from a bit of blood, guts and nuditty (sometimes all in the same scene). But this week’s installment really takes the biscuit, to the point where Amazon had to include a content warning screen at the beginning of the episode.

Read more about The Boys

The content warning reads as follows: “Some scenes may not be suitable for some, really most, let’s be honest all viewers, but rest assured that any consensual relationships depicted, be they human, animal, superhero, or other, aren’t real, harmed no one, and in fact cost a hilariously large amount in visual effects.”

That’s some warning! The episode doesn’t disappoint, either. As promised in an earlier tweet from the show’s social media, there’s plenty of “airborne penetration, dildo-based maiming, extra strength lube, icicle phalluses and cursing”. Let’s be honest, it’s really not that far off straight-up pornography at this point.

At least, that’s how showrunner Eric Kripke feels about this episode. In an interview with TVLine, Kripke explained how these scenes are all well within the legal limits for television. ““When we first started prepping it with Nelson [Cragg], the director, and he was showing us what he had planned, I was just like, ‘wow, are we allowed to show all of that?’

“They checked with Standards, and there’s like these hilarious rules about how often you can simulate humping and whether or not you can show an erect penis and how long you can show a private part. There’s all these rules, but we were within the bounds of what the rules were. So the answer was we could show it.”

Fans of The Boys original comic run have been looking forward to this episode for a while, and we can now see why. If you’ve not yet watched the episode, make sure you do it where NSFW content is a-ok. Let us know how you found it across our social channels.