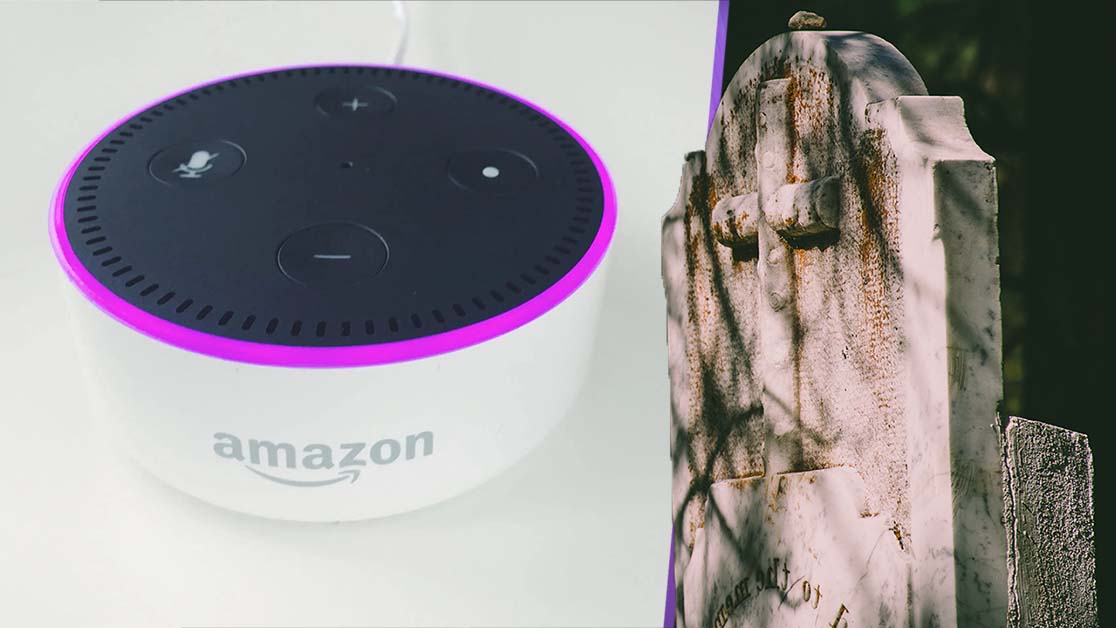 In today’s weirdest news, you will soon be able to make your Amazon Alexa sound like your dead relatives.

There’s a quote, “Your scientists were so preoccupied with whether they could, they didn’t stop to think if they should.” And in the wake of this news out of the Amazon camp, I think now’s a pretty good time to re-iterate it.

Amazon is planning to add a new feature to Alexa devices that will allow it to use the voice of their deceased loved ones. It’ll replicate the voice and speech patterns of people using only one minute of audio from an original source.

Amazon revealed the news at its re:MARS conference, an event for machine learning, space and robotics. A short video was played, in which a child asks Alexa to have their grandma read The Wizard of Oz. The AI then plays audio in grandma’s voice instead of the standard Alexa voice.

And I don’t know about you, but this all seems slightly creepy to me. There might be a market for this kind of thing, but it also feels incredibly strange, like an episode of Black Mirror.

Rohit Prasad, Amazon’s Alexa AI senior vice president, said “As you saw in this experience, instead of Alexa’s voice reading the book, it’s the kid’s grandma’s voice”. They later added “We are unquestionably living in the golden era of AI, where our dreams and science fiction are becoming a reality.”

However, one interesting application for the device is that you can use it to replicate other voices, including celebrities. Previously, unique voices had to be provided by the celebrities themselves. So that’s something, I guess?

What do you think about your Amazon Alexa sounding like a dead relative? Let us know across our social channels.