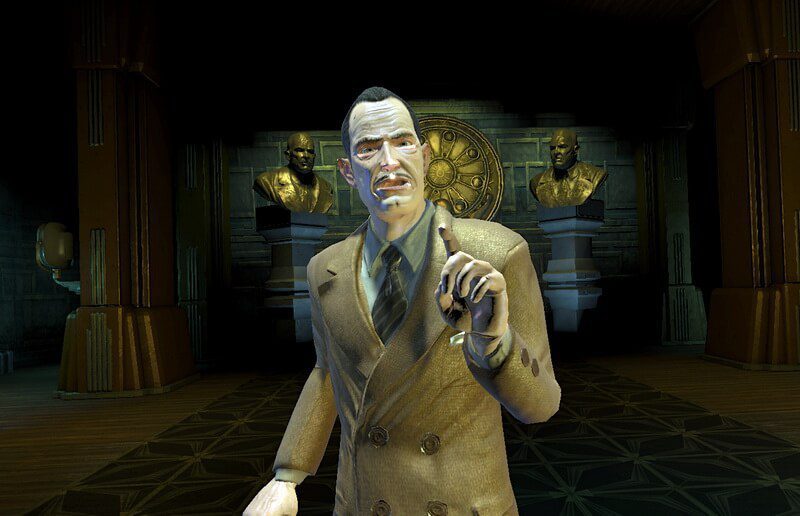 It’s never been easy to be the bad guy in a video game, but these days it’s even harder thanks to things like autosave, health that regenerates on its own, and being able to change difficulty levels on the fly. None the less, there’s no shortage of evil-doers who are willing to step up to try their hand at stumping the protagonist. Not all bad guys are created equal, some aren’t quite as bad as others… some are just misunderstood.

The Butcher from Diablo 1

You enter the Butcher’s room and hear the ominous “Ahh… Fresh meat.” and you know it’s go-time. The Butcher’s Chamber is littered with the corpses of villagers from Tristram, who were deceptively lead there by Archbishop Lazarus to meet their quick deaths. The Butcher, himself, just wants to serve up fresh, healthy, organic meats to all of his customers, but he’s up there in age and has trouble seeing. When the villagers would enter his chamber, he would mistake them for cows, sheep, pigs, and other animals. He thought they were food, he didn’t know they were people.

Everything Sephiroth thought was true, ended up being false. His entire life and everything he had been told was a lie. That’s pretty heavy. Sephiroth acted based on what he believed to be true, is it his fault that it wasn’t? Sure, maybe he took things a little far, but who hasn’t tried to destroy the world at one point or another?

Bowser from almost every Mario game

All Bowser really wanted was to raise his Baby Bowser and to carry on his Koopa bloodline. Anytime he’s finally about to get some sleep, Princess Peach shows up in hysterics at all hours of the night. She tells him all the awful things Mario does to her, and begs Bowser for a place to stay, and to protect her from her mushroom-eating plumber boyfriend. Ultimately, she always decides to leave with Mario after he promises to change, and it drives Bowser to madness.

If Rapture had gone just a little bit more smoothly, can you imagine the types of video games they could be producing down there? Imagine if Ryan Industries tried their hand at game dev…

Instead, Frank Fontainte had to come along and mess everything up for the ambitious Andrew Ryan, who just wanted a better world.

Knuckles from Sonic the Hedgehog 3

Before Sonic and Knuckles teamed up, Knuckles had been tricked into fighting for Robotnik. Don’t treat Knuckes like a fool, cos that ain’t cool. He came back to get his revenge in the next game, where Knuckles even earned a mention in the title. Tails was really upset about this, for obvious reasons.

For a lot of us, our first introduction to Donkey Kong was when he was tossing barrels for us to hit with hammers and dodge as we tried to rescue the Princess. Later on in his career, however, DK cleaned up his act and started fighting for good. We’re not really sure why he did it, maybe he just got tired of being chased down by plumbers.

Ganon from The Legend of Zelda

Ganon wasn’t born into power or wealth, he had to scrape and claw his way to the top of his evil empire. He had to watch the 1% over in Hyrule living it up while he suffered, until we went all Occupy Wall Street on their asses.

Make sure you check out:

Did you hate the Season 6 finale of Walking Dead?