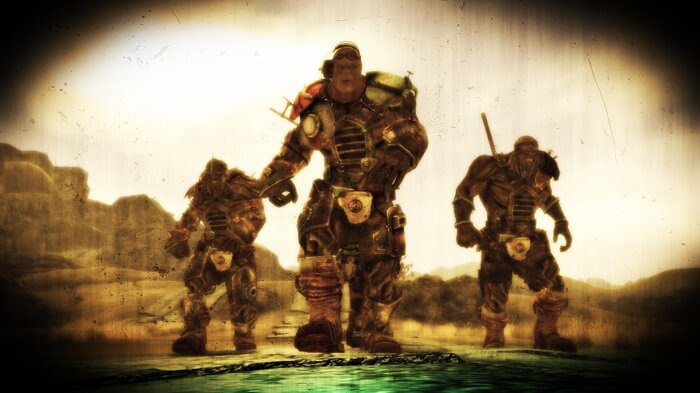 The word videogame is one that many of us relate to something that’s a medium of entertainment and fun. Something that transports us into a world of its own and which helps us forget all about the worries of the real world.

However, even videogames aren’t a walk in the park and throws at us its own unique challenges. Although, most are just as the doctor ordered – challenging – some actually are nothing but a thorn in an otherwise great experience.

It can be anything but the focus on this article is enemies. We look at some of the most annoying enemies that games had on offer and made us ragequit on more occassions than one –

Turrets, so many God damn turrets. Alongside Teemo, every League of Legends player hates Heimerdinger, his abilities allow him to summon turrets surrounding him which deal a surprising amount of damage. You have to choose whether to take him out or take out his turrets, either way he’ll use the Zhonya’s Hourglass item that lets him become invulnerable while his turrets bring you down regardless.

Lu Bu is a monster of an enemy. Although Lu Bu features in the majority of the Dynasty Warriors games I feel that in Dynasty Warriors he proved the toughest. He’s a formidable foe with his highly increased stats and the superior moveset that he uses to beat you down almost immediately. Even if you manage to knock him down without finishing him the CPU had an ability to heal to full once knocked down.

Whenever Lu Bu would appear in a battle every player would know that it’s about to go down.

Although a lot of the enemies in Dark Souls are plain cruel, the sheer stun-lock these Skeleton Wheels would get you in is just annoying. There were plenty of enemies in Dark Souls that could have made this list easily, but because these are not necessarily difficult to defeat, they’re simply irritating.

After having to start with Pikachu an electric-type Pokemon, your first gym battle is against none other than Brock, a rock-type gym leader, Pikachu’s weakness. It’s not enough just to catch early Pokemon either, Rattata’s and and Pidgey’s are also pretty weak against his Onix and Geodude, they ultimately beat you down and force you to grind your way past this first gym.

Most of the great builds you see are made in creative mode on Minecraft, because in survival, enemies will spawn during the night including Creepers. Now there’s nothing worse that having your dream house destroyed in the same instant you die.

The Creeper is an enemy that’s job is to sneak up on you and self destruct damaging you and destroying the blocks around it, be careful where you decide to have your home or these armless bombs with legs will destroy everything you’ve made.

Viva Pinata can be a gentle peaceful game where you spend your time developing bonds with your collection of cute pinatas. As you make progress, Sour Pinatas can appear that are grumpy pinatas that get their kicks from making cheerful pinatas gloomy.

There are eight different types of Sour Pinatas that all have different manners of ways to cause you pain, from starting fights to scaring off residents. This gets particularly annoying when you’ve spent all that time taming new residents.

The Hammer Bros are an iconic enemy in the Mario franchise but they can be aggravating to deal with. They throw their hammers at various rapid times in an arch which can be hard to predict and maneuver through. By themselves the hammer bros can be pretty simple to deal with, but with several on screen at once it can get pretty messy.

Flying enemies in games are irritating, especially enemies in games where the shooting isn’t as accurate as you’d like. The Rakks in Borderlands 2 are not difficult to take down once you land a few shots on them but they always flock in numbers and will hunt you constantly as they loop around in the sky.

The brutes are similar enemies to the regular thugs in the Batman games with higher health, more damage and cannot be attacked with regular attacked they must be stunned then beat down. However, later in the game they get equipped with stun sticks which, if the enemy is hit front on, you’ll receive an electric shock, take damage and lose your combo.  It is a good idea to vault over shock brutes, hit them with a stun immediately and then attack at will. Hitting them with a blast from the Remote Electrical Charge gadget will render the stun stick temporarily useless.

But man, everytime fighting a group of thugs with one or two of these can be a real pain, ruining that great combo you’ve built up.

This guy is both terrifying and annoying. The first few instances where you bump into this chainsaw wielding maniac is a panic ridden scramble to take him out, however with the lack of ammo and the amount of damage it takes to kill this guy just gets irritating.

The Crash Bandicoot games can be a cruel mistress. The janky early Playstation controls made the 3D puzzle platforming tough sometimes as it is without little green boxes of death dotted in malicious places. The second you came into contact with one or stood close as they exploded would result in instant death.

One of the most irritating enemy types in games are bugs, they’re quick, small and are such a nuisance to take down. Cazadors are Fallout: New Vegas’ worst insects, not only are they what you’d make of an insect enemy, they also deal a load of damage and can poison you and your companion.

There’s certain areas where Cazador’s nest in groups and if you’re not careful, they can easily overwhelm and kill you.

Hearing that beeping as a Super Mutant screams “this is what death looks like! Up Close!” and then a nuke explosion point blank is never a fun way to go. I think for me this was particularly annoying because I barely heard them coming. Still anything that’s an insta-kill even at higher levels is a drag.

A Malboro is a huge plant-like enemy that will use its Bad Breath attack to hinder your characters with a number of area of effect, negative status effects. Status effects in games like Final Fantasy are nothing short of annoying, the effects include, but are not limited to: confusion, darkness, silence, poison, slow, mini, and sleep.

There’s plenty of times in the Pokemon games where you’ll be wandering caves full of Zubats. Zubats are annoying because they confuse, paralyze and leech health points as they attack you, they give you small amounts of experience and there’s so many of them.

Oh no my repels worn off, time for all the Zubats.