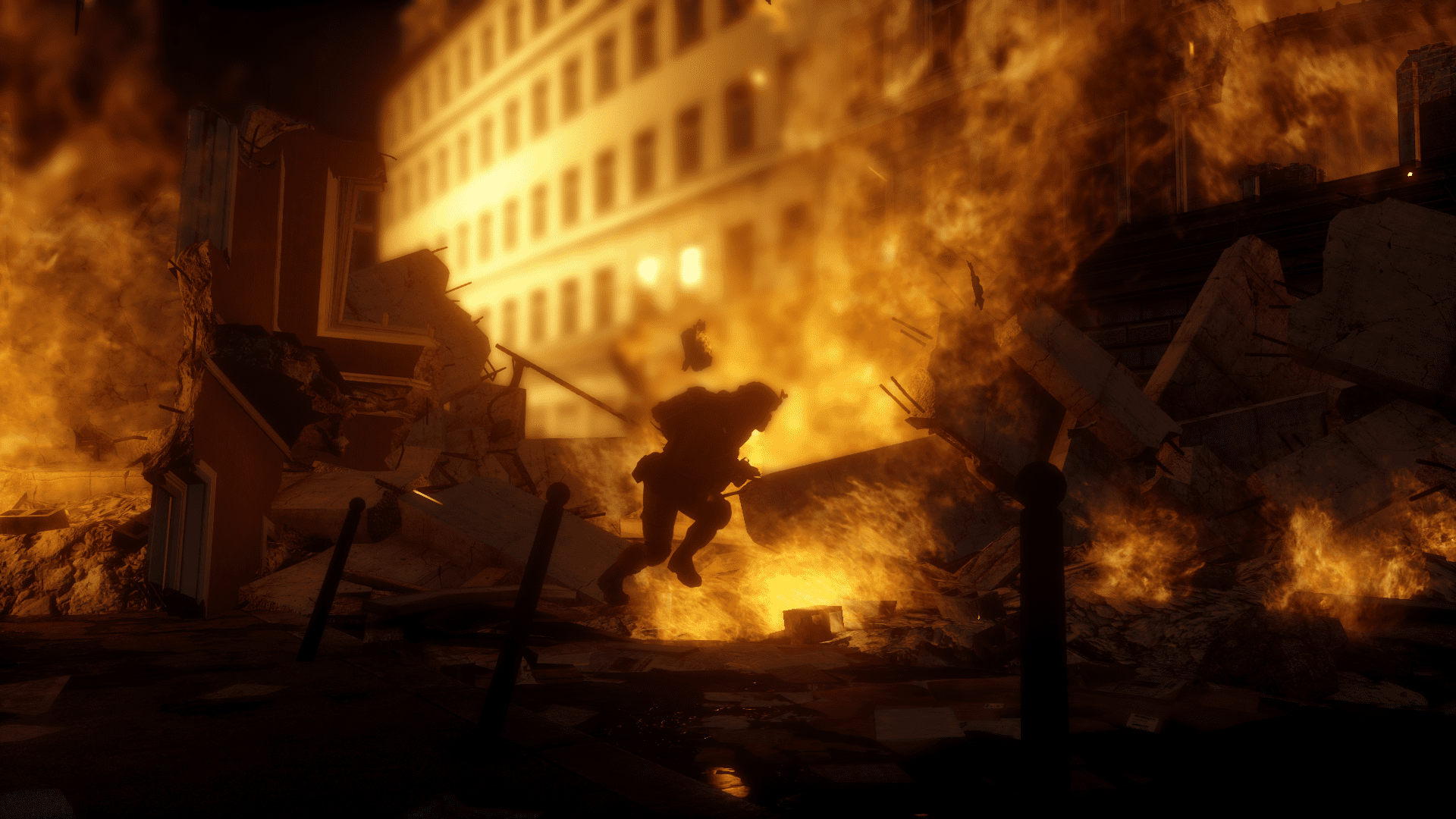 Thanks to the modding framework ‘Venice Unleashed’, the Battlefield 3 modding community is alive and thriving. Modders around the world are banding together on various mod projects, most of them driven by a devout love for DICE’s near decade-old classic.

One such modding team is working on a project that completely overhauls Battlefield 3’s maps so that they appear as if it’s a different time of day. It’s called Darkness Unleashed, and it’s being developed by a team of three young modders.

Daniel Mayer is a German student with a passion for programming. He’s been a beta tester for Venice Unleashed since it launched in 2016. Also on the team is Lesley Witkamp, a Dutch student with a keen interest in software and indie game development. Completing the team is Apo, a structural engineer who’s been a hobbyist coder for years.

Everyone on the team is driven by their creative passion for programming. Witkamp in particular is also a huge fan of DICE’s original creation: “’Ever since I bought a physical copy of Battlefield 3 in 2012, I have loved the game. There is no other shooter out there that makes the gunplay and movement feel as smooth as in Battlefield 3.

“In these years I have dreamt about what I would want to add and change in the game. VU [Venice Unleashed] has finally given me the chance to make these dreams come true!’

Witkamp and Mayer initially met online through the Venice Unleashed community, which Mayer himself founded alongside another modder, ‘xILENT’. The two decided to begin working on a nighttime conversion mod for Battlefield 3 after they were inspired by another night mod developed by ‘Rierei’.

Mayer told me: “We started Darkness Unleashed because the first night-mod for Venice wasn’t dark enough for us. It didn’t really change gameplay and didn´t provide any other features. We got inspired and proceeded with our own project.”

At the same time, Apo and his brother were working on another mod project that implemented a day and night cycle into Battlefield 3. Feeling that they could offer each other similar expertise, the three joined forces to work on Darkness Unleashed.

While the night maps developed by DICE offer an alternative stylistic preference to their usual affairs in broad daylight, they do little to change up the actual gameplay experience. That’s where Darkness Unleashed comes in.

“The night gameplay is quite different. Players need to slow down, adjust, make use of attachments like flashlights or gadgets like our night vision goggles,” Mayer tells me. The changes that the team have made aren’t just limited to darkening the skies – they’ve also added new gadgets and even modified vehicles so that their headlamps function properly.

For Mayer, offering a tangible difference in gameplay has always been the goal of Darkness Unleashed. “When we began this project, the other night mods at the time were not truly dark because certain ways of changing the visuals of maps had not been found yet by the VU Community. Our goal was to find a way to make a truly dark night mode where people are forced to use flashlights or night vision,” he says.

More than just a conversion mod

Darkness Unleashed has evolved into something more than just a night-time conversion mod, however. In its current state, the team has managed to implement modes that recreate several different times of day, including: Morning, Evening, Bright Night, Dark Night, and even a complete Day/Night cycle and Realtime mode.

Developing a mod like this isn’t as simple as just flicking a switch that says “daytime” and “night-time”. Mayer tells me: “You have to take the game’s bright sky textures and make them somehow work at night. So, you end up with problems like the sky being black but everything else being bright, or with a sun visible at night or with the game crashing.”

Though the Venice Unleashed modding framework is functional, it lacks detailed documentation that would allow modders to properly take advantage of it. As a result, it’s taken three months of work for the team to reach a point where they’re happy with the night-time results. Even so, the team says that they’re appreciative of the tools that the community has developed.

The team are currently hard at work on version 1.1 of the mod, which will bring a better-looking night mode, a day/night cycle, real-time preset editing tools and night vision goggles with different modes for infantry and vehicle combat. The team doesn’t intend to stop here, though. Witkamp says: “In terms of ‘completing’ Darkness Unleashed, I would not know. We often get new ideas from players and from the VU Community or come up with new features ourselves. Darkness Unleashed will probably evolve as VU evolves.”

More mods are in the works

Darkness Unleashed isn’t the only mod that the team are working on. Individually, they also have their own projects in development. Mayer is working on a mod called ‘Clean Chat’ which instantly kicks players who frequently use pre-configured phrases, like racist remarks or abuse. Witkamp has a ‘More Gore’ mod which aims to increase the amount of blood and guts seen in Battlefield 3.

Apo even has an idea to create a conversion mod that would make Battlefield 3 akin to something like DayZ, though Mayer says that this would be a huge undertaking for the team and needs to be discussed further.

Alongside these three dedicated modders, there’s a huge community effort behind the Venice Unleashed support of Battlefield 3. Apo tells me: “’I can say that we are at a point now that we know most developers in the community, not personally but in terms of their work and we want to believe that this is vice versa.

“We are constantly exchanging knowledge with the rest of the community on discord, either by helping other Devs and new users or by requesting for help from more experienced modders.”

If you’d like to get involved in Venice Unleashed yourself, you can install the client from their website. You’ll need a licensed copy of Battlefield 3 on Origin to do so. Mayer explains that, while the servers may seem rather empty at the moment, there is plenty happening backstage that will hopefully come to fruition soon. Mayer mentions that a Battle Royale mod is in the works. Apo is also involved in developing the Project Reality mod which aims to convert Battlefield 3 into more of a mil-sim experience.

What are the team’s thoughts on Battlefield 6?

As for future Battlefield titles, the team would like to see DICE take some notes on what the modding community has been achieving with Battlefield 3. “What we would like to see differently from the past is providing both [day and night] modes for every map and/or a live transition whilst in battle. We imagine a night mode like this would also be popular within the hardcore mode community,” Mayer says.

It was recently rumoured that this year’s Battlefield title will be announced in May, and will be set around 10-years in the future as a spiritual successor to Battlefield 3 and 4.

Until that releases, we’ll be keeping a close eye on Battlefield 3’s modding scene. We can’t wait to see what other creative ideas they can bring to the war-table!

Would you be excited to see some darker maps included in the next Battlefield game? Let us know across our social channels.