Dead Or Alive is known to feature voluptuous female characters that throw caution to the wind when it comes to their dressing sense. Not someone to hold back showing ample cleavage and other assets, the characters are designed to simulate the gamers.

Two artists named Daniele Hopkins and Kyle Duffield took the responsibility of upping the simulation factor further while playing the games by designing a PlayStation controller in the shape of a wearable bra.

The duo then invited people to test the controller out while wearing it. Both of them had players battling against each other while controlling their characters using the controller they wore.

Although the game is all about objectification of women, the duo insists the motivation behind the controllers were the exact opposite. They wanted to people to know what it feels like controlling real bodies rather than the on-screen over the top ones.

The project first popped up back in 2013 but has been gaining traction again due to several Reddit posts about the same. The couple are based in Toronto, Canada and has the following to say about the concept.

The artists use their own bodies to challenge exaggerated representations of the human body in the fighting game.

The audience is confronted with the challenge of having to compete with one another in the game by manipulating the controllers worn by the artists.

You can check out the video below which shows people trying out the game using these ‘human’ controllers. 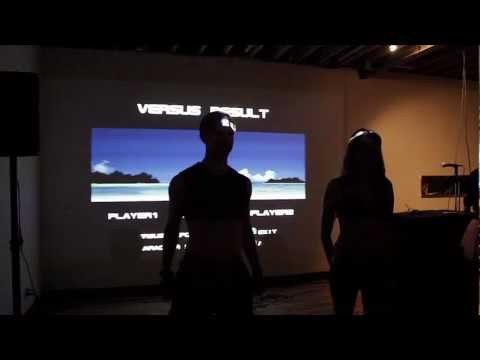