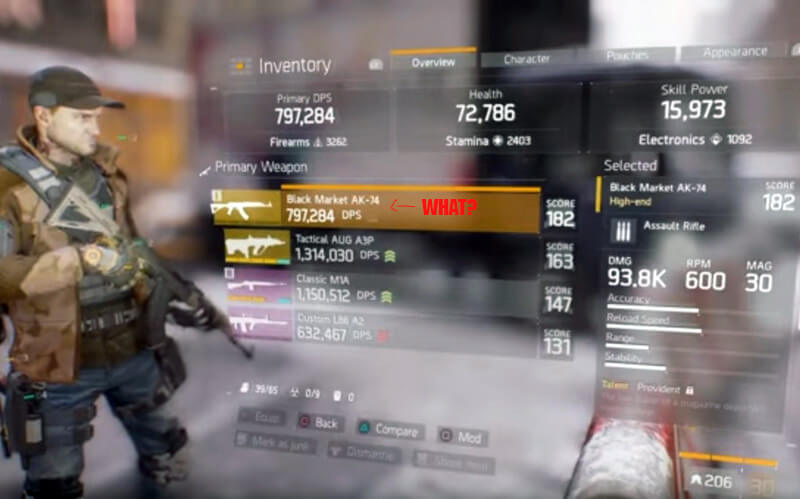 The last week for Ubisoft’s The Division has gone from being to bad to worse and things just doesn’t seem to get any better for the shooter. The latest entry into the long list of bugs and glitches that are seemingly plaguing the game, is something that’s absurd.

This new hack lets players to exploit their guns in a way that enables them to dish out game-breaking hit-points. It’s not that hard to execute either. All you need to do is select the ‘Competent’ talent for your weapon of choice. This usually gives you a brief boost to the gun’s DPS once any ability is triggered but the glitch exemplifies the effect ten fold.

Anyone with enough phoenix credits can get hold of a gun with this specific talent and one of the most powerful ones is the AK-74. With the gun equipped, you just need to quickly switch to another gun and then switch back to your earlier one with the talent. Continue doing this long enough and a bug will kick in that’ll cause the talent’s DPS boost to stack up, building you a monster weapon.

What this does is whenever you trigger an ability you get a tremendous boost to damage points which is beyond game-breaking levels. We’re talking about a weapon with 100,000 DPS dealing 1 million DPS. It’s crazy.

This isn’t the first game-breaking glitch either which gives anyone in the know a massive upper hand. The Division has seen its fair share of disastrous exploits in the past week or so, including one which allows you to two-shot the Falcon Lost incursion boss and another one allowing you to earn XP fast (which has been hotfixed now).

It is also suffering from numerous other glitches and bugs that are giving players a hard time to enjoy the game. Players are getting more skeptical since the game’s balance is getting tilted towards hackers and exploiters and while Ubisoft is making a desperate attempt to salvage the situation, things aren’t looking good.

Ubisoft Massive, the brains behind The Division, are hard at work, and it actually released a hotfix that fixed several of the game-breaking exploits which cropped up after the developer launched the game’s first incursion pack called Falcon Incursion.

Massive has also assured that it’s taking strict action against hackers and people who’re using these to their advantage.

I understand you’re all frustrated with it but do understand that we are actively dealing with cheaters, we are banning them, permanently as well, but because so far it’s been a decision not to communicate on numbers and the likes, this has gone largely unnoticed and makes it seem like we’re not doing anything.

Earlier in the week, the game’s community manager also confirmed Ubisoft is considering options to punish players in some form who have used these exploits to gain an unfair advantage.

Launching open-world multiplayer games is no easy task, with developers required to meet strict launch deadlines. It’s one thing to have few issues at launch but entirely another to have a barrage of game-breaking exploits popping up one after the other.

The guys at Massive and Ubisoft need to come up with a gameplan that’s going to work and they need to do it fast. Till then, it’s just a who-knows-what freerun in the game, without any balanced gameplay in sight.

Feast your eyes upon the latest gaffe below – 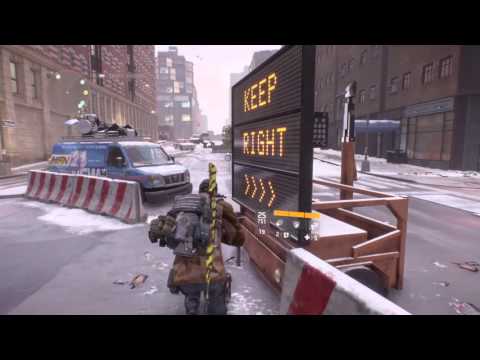