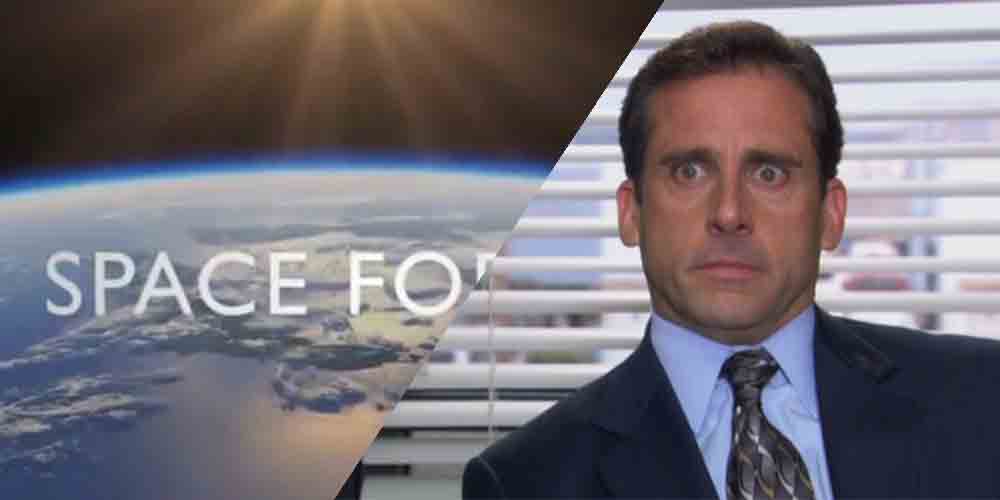 Steve Carell is set for a reunion with The Office creator Greg Daniels for a new Netflix series based on Donald Trump’s unusual idea for a ‘space force’ as the sixth branch of the military.

Netflix has given the green light for a straight-to-series order for the comedy, co-created by Carell and former Office show-runner Daniels. 3 Arts’ Howard Klein who also worked on The Office will also join the production team.

Described as a workplace comedy, the show will focus on the people tasked with creating this sixth branch of the military.

The teaser clip offers a closer look at what to expect from Space Force: “The goal of the new branch is to ‘defend satellites from attack’ and ‘perform other space-related tasks’…or something. This is the story of the men and women who have to figure it out.”

Space Force marks Carell’s first real long-term commitment since stepping away from the US Office in season seven, which remains one of Netflix’s most-watched acquired series.

It’s no surprise then that the streaming platform are reportedly shelling out a staggering amount to secure the service of Carell. Sources say the actor is set to pocket around $1 million per episode.

Carell is currently starring in Beautiful Boy, Vice and Welcome to Marwen and has signed on as the male lead in Apple’s Jennifer Aniston-Reese Witherspoon morning show drama in October.

The actor’s busy schedule will likely come as bad news for anyone hoping for that long-awaited US Office reunion though. Carell has repeatedly played down any reunion plans though the rest of the cast have openly expressed their desire to produce another series.

In an interview with TIME, Carell said he has no plans of reviving his character Michael Scott because he loves the role ‘too much’ to go back to it. He said: “I remember it was the first week we were shooting the pilot, and Jenna [Fischer] and John [Krasinski] and Rainn [Wilson] and I went out to lunch… just the four of us,

“We were sitting in this little diner in Culver City, and I remember saying, ‘Guys, if this works, this could be the most special thing that any of us are ever involved with.’

A League of Legends PUBG Crossover Is Coming