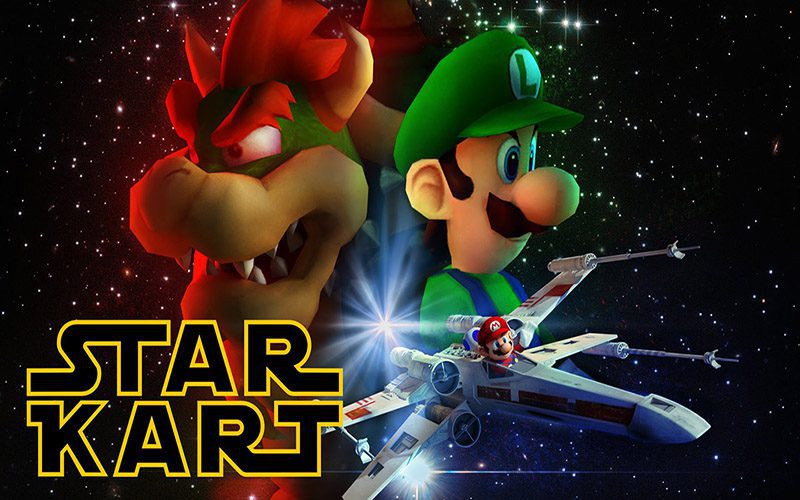 Be honest, how many of you would buy this crossover? It’s genius. Mario Kart is a huge success. With 8 iterations into the shell tossing, banana slipping, lighten bolt summoning franchise, Mario Kart has sold over 111 million units. That’s A LOT of games.

Obviously, a huge part of that success is the cast, namely Mario. So wouldn’t logic dictate that tossing this already successful idea into the Star Wars world create more success? That’s just the business end however. For the fans, the nerdgasms that would explode from a crossover this big is of epic proportions.

That’s a lot of dedication and hard work, so leave a like on it to show him your support. Hopefully, with his vision, we can one day have this gem. We’ve had Lego mashups with just about every franchise you can imagine (Including Star Wars), so maybe there’s hope?

Well, for now.. This amazing video will have to hold us off.. Created by Dark Pixel, the video took over a year to complete, and it shows. They did an incredible job. 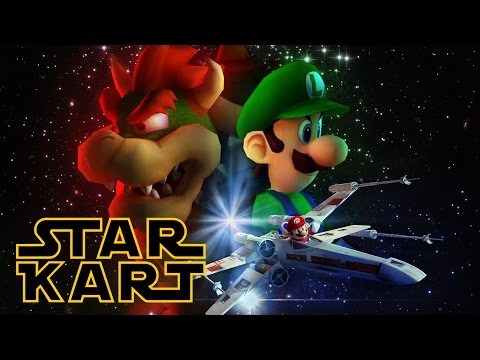 For more Star Wars, check out the original Battlefront III prototype that got leaked. Want to see Mario Kart in real life? Of course you do.