The special edition  will contain a working radio-controlled airplane.

The special edition  will contain a copy of the game, an 88-page Splinter Cell Echoes graphic novel, a poster, a DLC co-op map titled ‘Billionaire’s Yacht’, and the ‘Upper Echelon Pack’ along with Upper Echelon Suit and Gold Sonar Goggles in-game, and another co-op map called ‘Dead Coast’.

Also there will be a “custom three-channel, dual-motor plane modeled after the in-game mobile headquarters”

Down below you see a new trailer 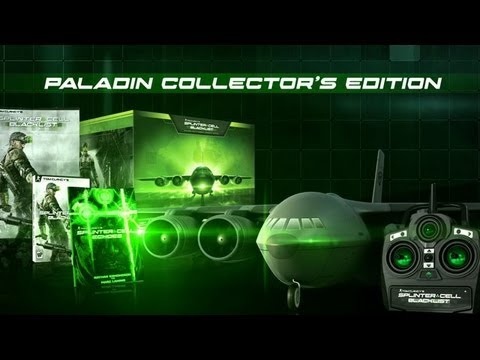