South Park: The Stick of Truth is officially gold. Printing of the video game is underway and the availability is set for March 4 for North America. Fans of the South Park series are eagerly awaiting to get their hands on this game as we’ve constantly seen delays for the title. Originally set for a release of December 9, 2012, the game was forced into delay when Publisher THQ filed for chapter 11 bankruptcy. Since then, the game has been picked up through publisher Ubisoft where it received several new delays. Now that the game is gold, we feel confident in The Stick of Truth making the March 4 release date.

Developed by Obsidian Entertainment, South Park Digital Studios have been closely working through the development process. Your favorite voice actors from the show are present in the video game while the script comes straight from the South Park creators themselves.

Players will fight through hordes of underpants gnomes, hippies and other evil forces in order to discover the lost Stick of Truth. Upon finding the lost Stick of Truth, you may just earn a spot as Cartman, Kenny, Stan and Kyle’s new best friend with the ever all time high social status. Celebrating the announcement of the South Park: Stick of Truth going gold, a new video released shows the making of the video game. 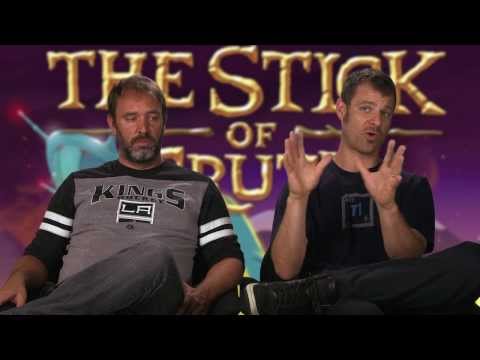