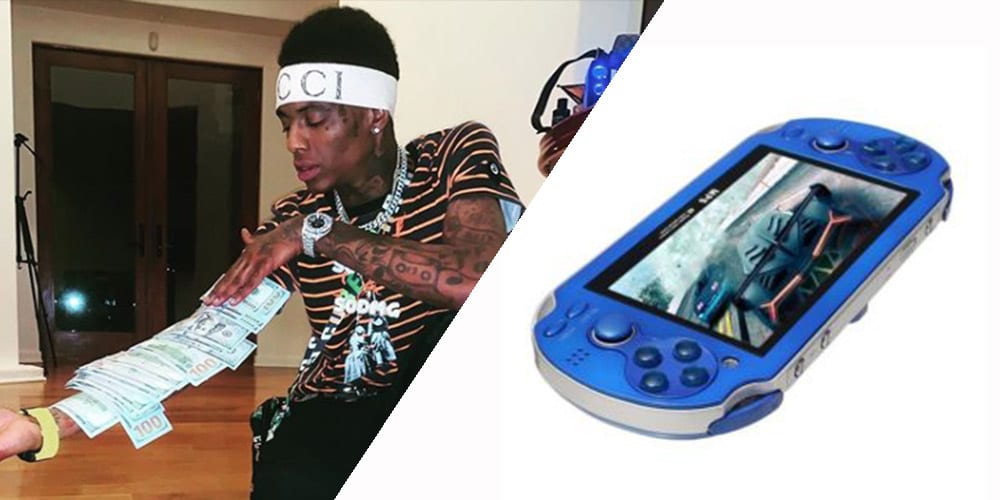 Rapper Soulja Boy has been in the headlines for the last few weeks thanks to his attempts to release his own console.

Soulja Boy recently tried to launch a console that was basically just an emulator with a focus on playable Nintendo games.

Iconic old games like The Legend Of Zelda: A Link to the Past and Yoshi’s Island were apparently available on the console, but it’s also reportedly able to play the likes of the recently-released Super Smash Bros. Ultimate.

Obviously Nintendo wasn’t going to allow this to happen, and despite the claims having been dismissed by Soulja Boy, it’s now believed that Nintendo took some form of legal action against the rapper.

That console is now no longer up for sale.

Anyway, it appears a supposed cease and desist from Nintendo wasn’t enough, as it seems Soulja Boy is still trying his best to break into the console market – this time with a PlayStation-like portable console…

@th3rdguy I just wish Soulja Boy took time to work with developers on a completely new “original” console.. and even then not prematurely release it. Not until it has a library of its own titles.. Get a unique platform going and gradually build it up

The console’s features include: “Exquisite craftsmanship and fashion design with a reasonable price.

“Built in camera for photo shooting and video recording.

“Support PC Camera, connect the computer, can use as computer camera.

“Multi thread task mode, you can listen to music, while watching e-books.

“Set sleep shutdown time to help save energy, it is convenient to use.

“Built in high definition microphone, high quality recording and ordinary recording for you to choose.”

The console is available for $100 USD and you can pick one up right here. Whether or not Sony is planning legal action remains to be seen.