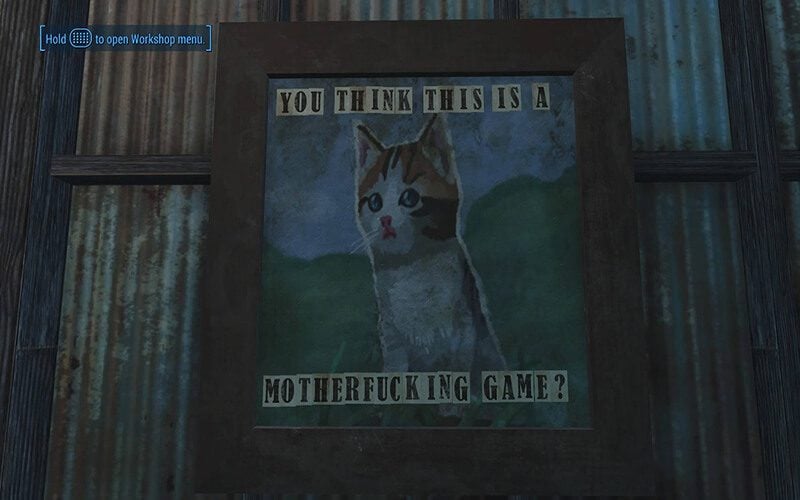 A wonderful discovery, indeed! As it turns out, by using the Wasteland Workshop DLC, bitch_im_a_lion from Reddit discovered you can make in-game memes on Fallout 4 without mods. It works by simply using the little letters that came with the recent downloadable content by putting them over different paintings. For example, everyone knows this cat:

Well, with a little imagination, all it takes is a minute or so of placing down the letters and BAM! You now have yourself some meme art:

Add a bit of lighting, and it can be quite the focus piece of any post-apocalyptic room!

Don’t worry, not even Game Director Todd Howard is exempt from this meme’ry. As you can see below, Lenxecan turns his famous quote into a meme by using his quote “It Just Works” from 2015 BE3 Showcase.

Fallout 4 is full of meme’able moments, but some people like to take it to the next level. This one uses some mods or at least file changes, but on the topic of things people have meme’d in Fallout 4, Donald Trump has become quite the attraction.