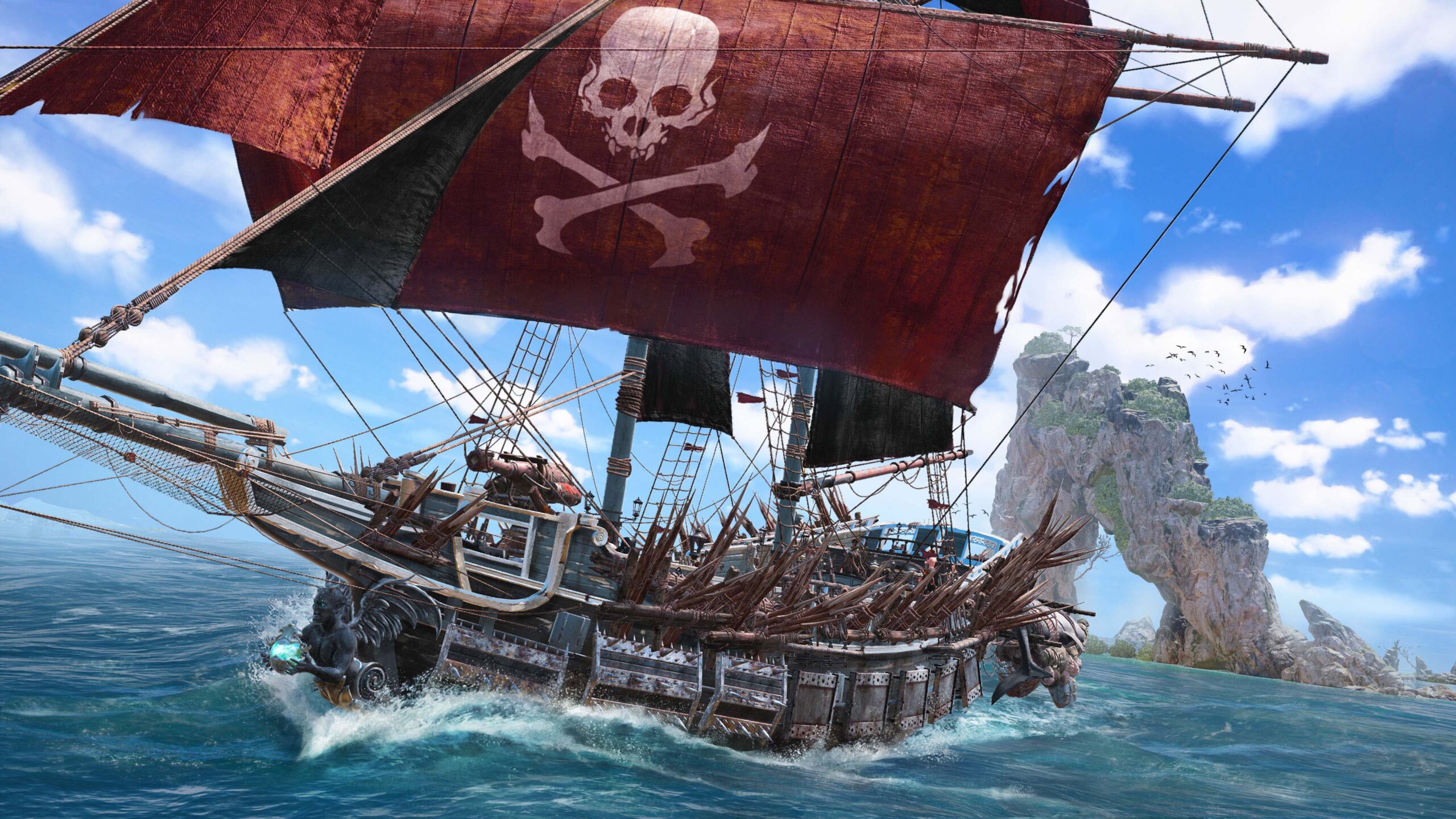 The long awaited Skull and Bones has received a release date and some new trailers, courtesy of a recent Ubisoft showcase.

A gameplay presentation premiered on July 7th, revealing more about the game, including a release date at long last. Skull and Bones is a live service pirate game where players can customise their ships and characters and battle other vessels.

And according to Ubisoft, the game will be releasing on PC, Xbox Series X/S and PlayStation 5. However, it won’t be on Steam at launch. Instead, it will be launching on the Epic Games Store.

A new gameplay overview for the game reveals some interesting details. In Skull and Bones, you play to gain infamy. And the more infamous you are, the more content you can partake in and the more things you can unlock.

However, there will be no actual hand to hand combat in Skull and Bones. You’ll only be able to fight other ships, and raiding outposts or boarding vessels is done by your NPC crew. You can’t leave your ship for any other reason either, unless you’re at a Pirate Den.

The game is heavily focused on battling with your ship and upgrading it. You can unlock new types of weapons and armour, including rocket launchers.

There will be three types of ships you can set sail with. Cargo ships have higher storage for items, navigation ships are faster but less capable in combat, and firepower ships are harder to navigate but pack a bigger punch.

The game will have regular updates, as is tradition now with live service titles. Hopefully that doesn’t mean the game will release with a small amount of content. Thankfully, updates will be free and the only microtransactions are for cosmetics.