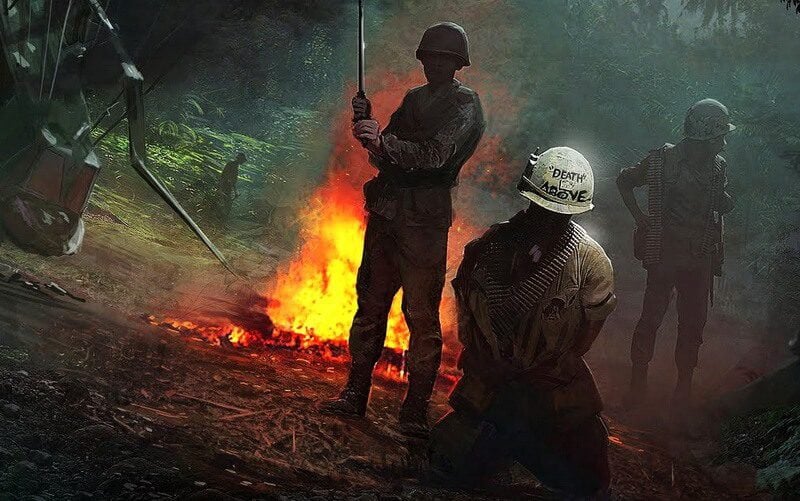 In a twist that no one saw coming, the next Call of Duty game might be going to Vietnam.

The next Call of Duty game, scheduled to be released in November, 2017, will be developed by Sledgehammer Games, and may be taking the series to Vietnam. Something must be changed to correct the poor sales numbers of infinite warfare. Even Titanfall 2 has been making fun of the series.

As you all know, Call of Duty games that have released of late and are set in a futuristic setting has drawn the ire of the gaming community and Call of Duty loyalists as well. Details have emerged about a possible Call of Duty gamed called “Lethal Combat”

However, since Activision follows a 3-year development cycle for its Call of Duty games, it was too late to fix these things even after it came to realize that the community wasn’t pleased with the franchise going the futuristic warfare way.

But, the publisher might be setting the record straight with its upcoming Call of Duty installment next year, and boot the futuristic theme altogether, taking the franchise to Vietnam for a pre-modern war-gaming experience.

Sledgehammer Games was tasked to create a new Call of Duty title by Activision a few years ago and the developers were supposed to take a different route.

It began developing something called Call of Duty: Fog of War, which was in fact a third-person shooter and was set in Laos as its main setting.

However, due to issues at Infinity Ward during the development of Modern Warfare 3, that saw the majority of its developers leaving the company to form another studio called Respawn Entertainment (who went on to create the Titanfall series), Sledgehammer Games had to be bought in to assist IW to finish off Modern Warfare 3 development duties.

This halted its development of Fog of War and the project was ultimately canned. However, Sledgehammer was then tasked with making a more traditional Call of Duty title for the series. There have also been rumors for Call of duty to return to a World War 2 setting.

Armed with the experience from creating Fog of War, it was decided it would be making a Call of Duty game with a more ‘boots on the ground” gameplay experience and set mainly in Vietnam.

Sledgehammer Games might in a way serve as the redemption opportunity that the series badly needs right now and the upcoming 2017 Call of Duty title might indeed be set in Vietnam. We’ll keep you updated if more details emerge.