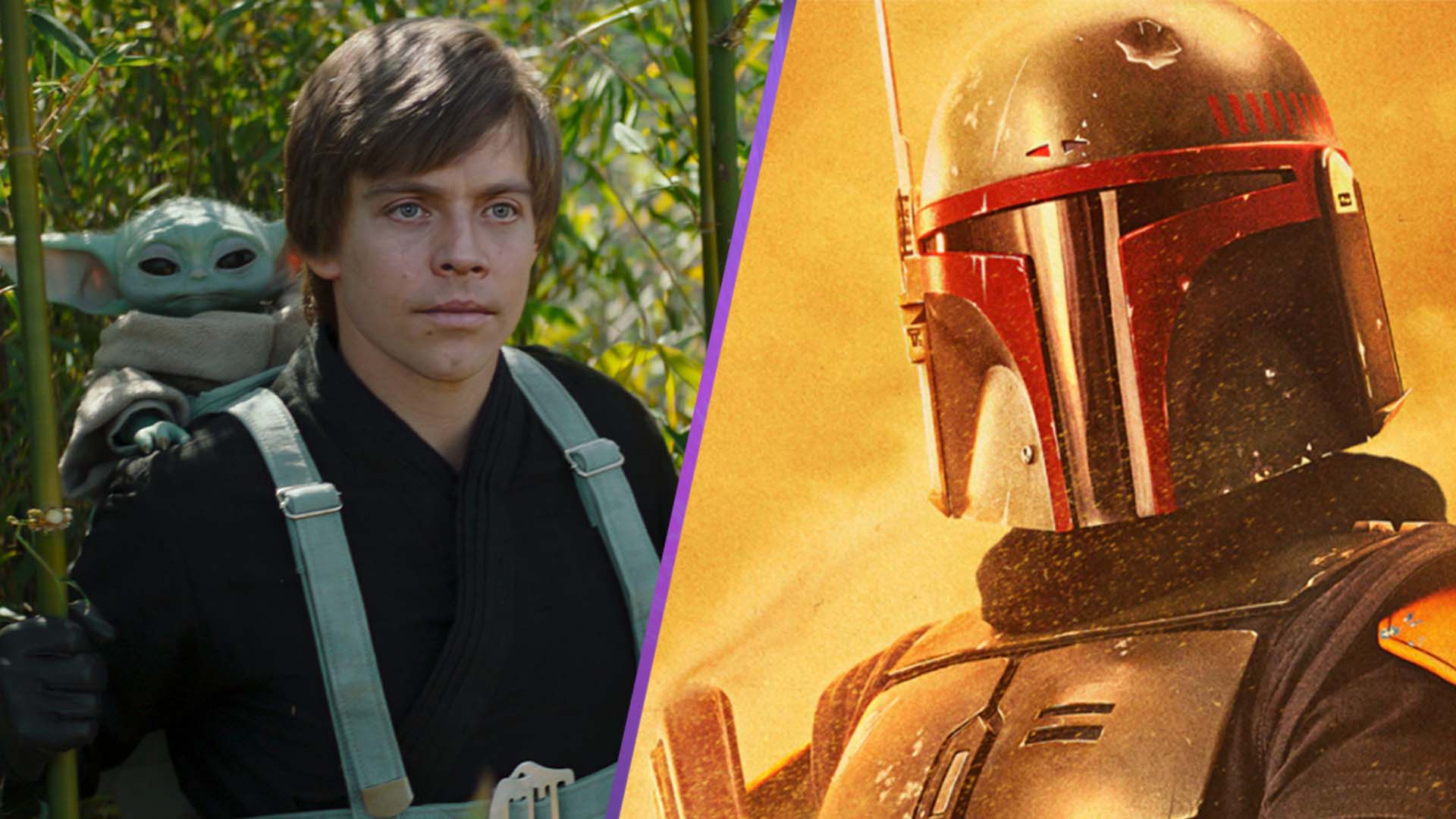 Boba Fett is back, and ready to settle down. With a sordid past and a galaxy of enemies out to get him, will he be able to successfully transition from bounty hunter to land baron?

Disney+ has been pumping out so many original programmes since its launch back in 2019, but few series captured the hearts of fans as The Mandalorian.

From the more nostalgic tone, the darker themes and the adorable baby Grogu, series one and two of The Mandalorian were both huge wins in the eyes of critics and audiences alike.

One of the most exciting elements of series two was the return of Boba Fett. Boba has been a fan favourite character from the minute he stepped onscreen back in the 1970s, so expectations were high. After butchering an army of stormtroopers with his best friend Fennec Shand in Season 2 of The Mandolorian, it’s fair to say that most people were satisfied with the return of this iconic brutal killer.

With two solid original series below Disney’s belt, I went into the surprisingly announced spin-off Book of Boba Fett with excitement. Little did I know, I was about to witness the lowest point in the Star Wars series so far. 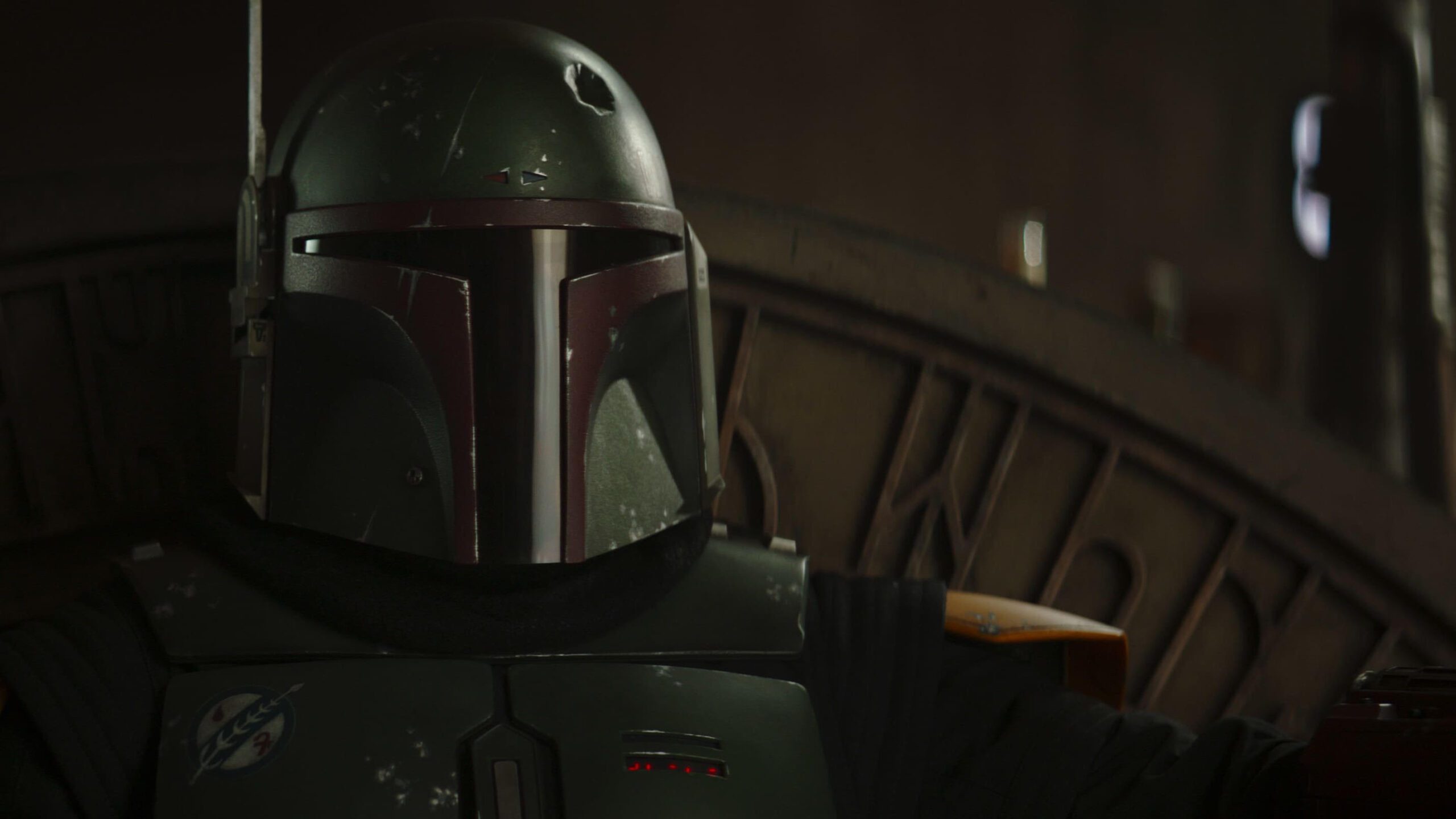 What is the Book of Boba Fett?

The Book of Boba Fett picks up straight after the surprise end-credit sequence at the end of The Mandalorian series two.

Ostensibly, we follow legendary bounty hunter Boba Fett and his best friend mercenary Fennec Shand as they navigate the underworld of Tatooine.

Deciding to give up the bounty hunter life, Boba has decided to stake his claim on the territory once ruled by Jabba the Hutt and his crime syndicate.

While this may sound thrilling on paper, in actuality this show is six episodes of a 60-year-old man being friendly in a desert, two episodes of The Mandalorian that don’t feature Boba at all, brought together with some of the worst directing in the entire franchise. 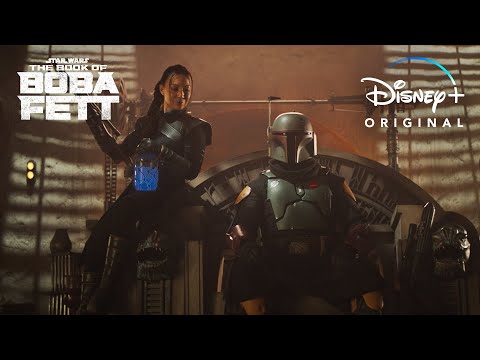 This show is not about the Boba Fett we saw in The Mandalorian. That man was a savage brute, beating in the heads of men with his enormous staff. It’s not even about the old Boba we saw back in the original trilogy; he was a quiet but intimidating prop in the background.

The man we follow in this adventure feels like he was made by a committee to appeal to as many demographics as possible.

He’s friendly and warm to most people he meets, forgiving enemy guards and bounty hunters as he goes. He cares deeply about the culture of the Tusken Raiders and wants to defend their homeland. Most confusingly of all, he’s decided he doesn’t like to be called a killer and takes deep offence at people reminding him he was a bounty hunter.

As Disney themselves touted this as an exploration into the gritty criminal world of Star Wars, it’s strange they chose to make your main character the most affable man in the galaxy.

Peeking beneath the helmet

As he wandered around being a happy old man, generously forgiving people for their betrayals and teaching Tuskens how to ride speeder bikes, I found myself glazing over. I struggled to even tell if he’s out of character because we barely know who Boba Fett is.

I think this is one of the most fundamental problems with the show. We don’t really know Boba very well as a person, and we never have. If you’ve only seen the films and television shows Boba has almost no real character to explore.

In the original films, Boba has four lines of dialogue before falling to his death in the Sarlacc pit. The biggest contribution he ever made to the franchise was being a glorified action figure that every kid wanted for Christmas.

This is not really the rock-solid base you need to build a character on, but he did get some more love in the prequel era.

He appeared as a child in Attack of the Clones and for five episodes of Clone Wars, where he received some good character development, but that was nearly 30 years ago in the Star Wars timeline. We know almost nothing from his time as an adult on-screen.

Even Boba’s actor, Temuera Morrison, seemed to question the idea of putting Boba in the spotlight, worrying that they had made Boba speak far too much instead of lurking mysteriously like normal.

I’ve never seen a show less focused. Similar to the CW’s Arrow, the early episodes are divided into the present and flashback scenes. Although, unlike Arrow, the pacing between these time periods is abysmal.

One episode will be an even split of backstory and plot, while the next will have 15 minutes of plot progression and 30 minutes of flashback. This wonky balance just leaves you wanting as an audience, if you’re enjoying either of the plotlines there’s no doubt the next episode will leave you wanting.

This lack of clear direction goes for the show as a whole. The first two episodes make you think that we’ll be getting a slow character study, exploring his past with the Tusken Raiders and the pressures ruling Tatooine. Then suddenly episode three kills all of them off-screen and has him make friends with a gang of loveable cyborg youths.

While The Mandalorian had a lot of locations and characters, we were normally moving from one place to another. This meant that it wasn’t as noticeable when they were shallow. But here we are, trapped in Mos Espa, with more two-dimensional characters being added every week. Unfortunately, this leads to its poor writing becoming infinitely more visible.

Fett almost becomes a background character in his own show. He didn’t even appear in episode five, and he only had one scene in episode six. Both of these were glorified Mandalorian episodes, and are entirely necessary to understand where he will be heading at the start of series three. Perhaps, the saddest thing of all, is that these are probably the best episodes of the series.

Let the past die

Some complained that series two of The Mandalorian was overstuffed with cameos. I personally felt like all the fan favourites like Boba Fett, Bo Katan and Luke Skywalker were carefully woven into the story, each having a reason for being there.

This series is an absolute joke in comparison, stuffing non-sensical callbacks at least once an episode just for the sake of recognition. The Mandalorian, Luke and Grogu take two entire episodes of the show-up and their story doesn’t relate much to The Book of Boba Fett at all.

Aside from Mandalorian agreeing to help him with the big fight at the end of the series, all the progression could have been in The Mandalorian series three. It probably should have been too, because any fan who chose to skip The Book of Boba Fett will probably be very surprised how far forward we have moved from the series two final episodes.

Cad Bane’s appearance in the two-part finale is probably the least pointless, as he has a history with Boba. However,  it is hard to get emotionally invested in his death when he barely had a chance to get involved in the story.

As one of the greatest characters in the Clone Wars animated show, seeing him come and go so quickly feels like a waste. Although I do think this may have all been set up for him coming back to appear in the upcoming Kenobi show.

Ashoka just feels like she’s here to remind you she has her own show coming soon. The only saving grace of this entire cameo-based mess is proving that Pedro Pascal is still killing it as Mando.

So, Is the Book of Boba Fett Worth Your Time?

I have no idea who the audience would be for the show. It simultaneously attempts to appeal to everyone and no one. If you’re a die-hard franchise fan, you might like the cameos and references to the prequel films and the Clone Wars, but you’ll be let down by how little they feature in the actual plot of the series.

If you’re a fan of The Mandalorian you need to watch this show because it changes the entire status quo for the character. It undoes his heartfelt goodbye to Grogu by giving him a new ship and life goal. You might not like it though, because Boba is an entirely new character and most of his fights are tarred by the terrible direction of Robert Rodriguez. Potentially cool new characters like the Wookiee bounty hunter Krrsantan do nothing until the final episode and get no development, while already fun characters like Fennec Shand are worn into the ground.

If you don’t like Star Wars, there is absolutely no reason to watch the Book of Boba Fett. It’s slow to start but expects you to already have an encyclopedic knowledge of the Star Wars universe to fully appreciate anything that it’s referencing.

Every fight in the present shows Boba pounded silly, relying on Fennec to do almost all the work. I can’t tell whether it was an intentional effort to promote her as a character, but it just ends up making Fett look incompetent and making her feel a little bit of a spotlight stealer.

Even if you’re just here for some cowboy action in space, the quality in the scripts and the directing yo-yos are between beautiful and unbearable. Episode five is directed by Bryce Dallas Howard, and the visual effects look like something straight out of a triple-a movie. Episodes one, three and seven are directed by Robert Rodriguez and some scenes would fit better in one of his Spy Kids movies. Suffice to say it’s a real mixed bag of quality.