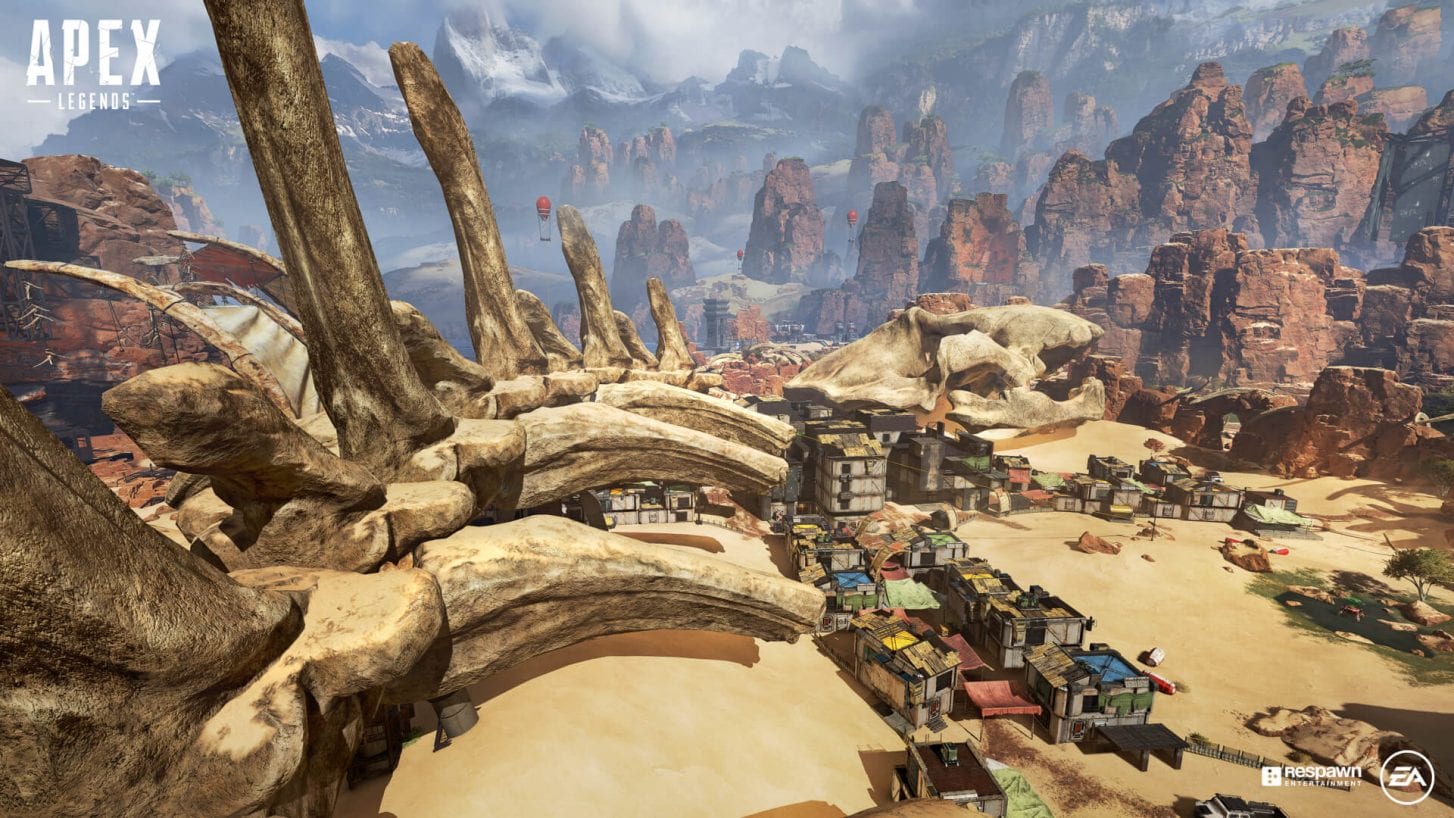 Skull Town, a fan favourite area from the original Apex Legends map, is teased to return in some capacity next week.

Skull Town is an area from the original version of the Kings Canyon map. It proved to be a popular drop point for many players with its rundown market areas on the ground and several other levels of verticality. It was certainly an area that most resembled the infantry areas of the Titanfall games, which is perhaps why it proved so popular.

Despite its popularity, the area was wiped off the map during Season 5, much to fans’ demise. It certainly looks like the area will be returning in some capacity. The director of communications at Respawn Entertainment, Ryan Rigney, quoted the original tweet, adding: “Patch Notes coming Thursday”.

Could Skull Town return in Arenas?

As for exactly how Skull Town will be returning, we’re not quite sure yet. With the current Apex season titled ‘Legacy’, it could be that Respawn is experimenting with re-introducing old map versions. It would certainly serve as a cheeky nostalgia hit.

Alternatively, the team could be introducing a reworked version of Skull Town into the competitive Arenas mode. Fans have long been clamouring for areas like Skull Town to be added to the mode, some even putting the question to the developers directly in a Reddit AMA.

At the time, lead game designer, Daniel Klein, dispelled any suggestion that Skull Town would appear as a map inside Arenas:

“It would be too small! It’s important to have multiple POIs in an Arenas map, ideally POIs with direct line of sight between each other. This might be one good POI (although there’s a lot of sight blocking with the tall structures), but it wouldn’t be enough for an arenas map,” he explained.

Klein went on to say that the team would rather put its efforts into creating brand new Arenas maps than reworking old areas. Who knows, maybe Respawn has changed its mind after seeing the community love for Skull Town? We’ll find out on Thursday…

Are you excited for the prospect of Skull Town returning to Apex Legends? Let us know across our social channels.