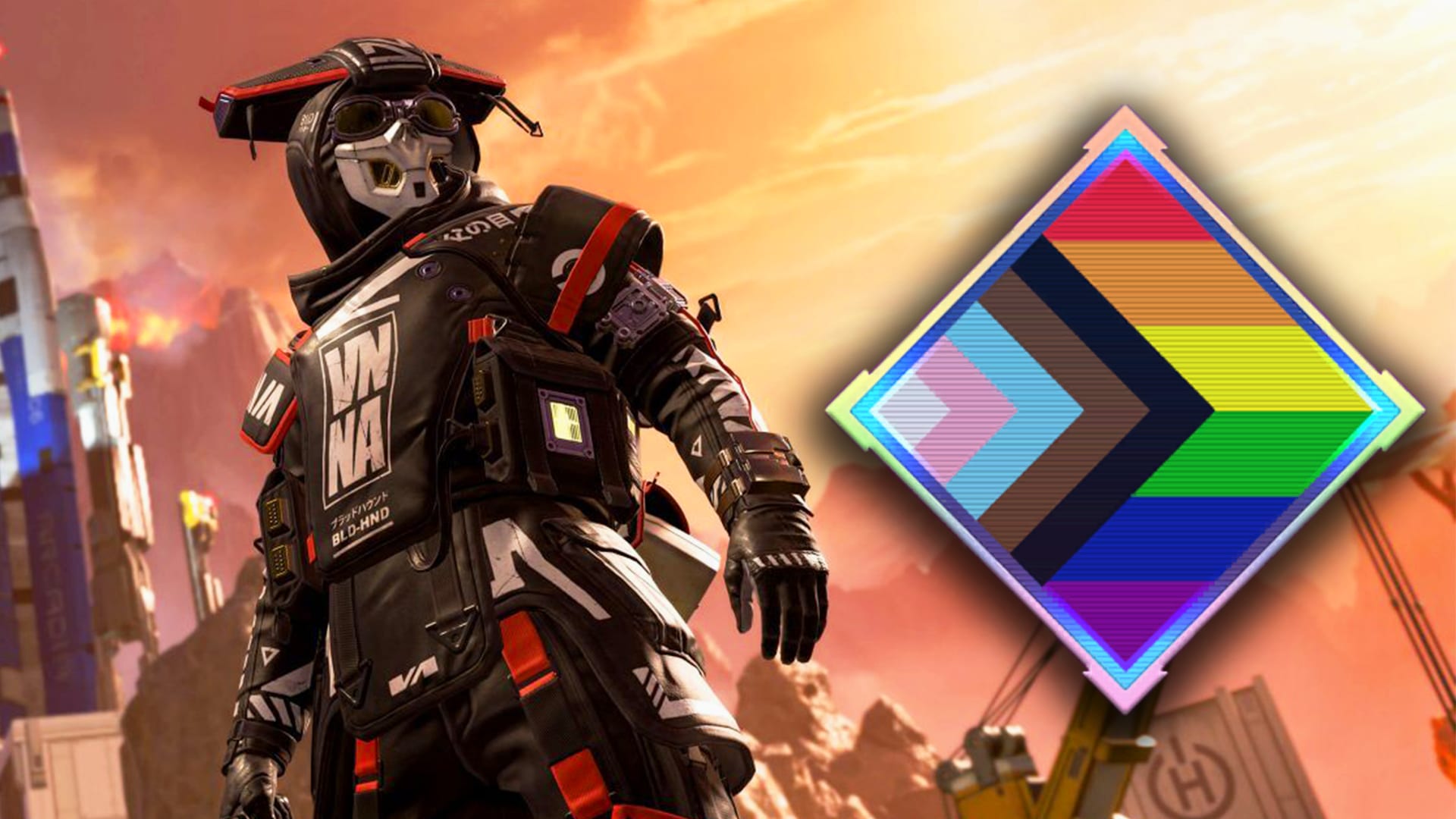 The design is based upon the Pride flag redesign by Daniel Quasar. Implemented a couple of years ago, the redesign now includes black, brown, and the colours used on the Transgender Pride flag. These extra colours extend the meaning of Pride to black and brown people and transgender and non-binary communities.

Several LGBTQ+ staff members at Respawn introduced the new badge and gave some reasoning behind the design.

“What I really find nice about the flag is the forward arrow Chevron design, just kind of implying like there’s always this movement towards more inclusivity, more diversity, more allowance and acceptance of expression,” says Jaclyn Yuan, a senior live artist on Apex Legends.

Annelie Fors, an operations manager at Respawn, explained what Pride means to her. She says: “Pride means everything to me. It means the opposite of shame. It’s about showing who you are and being proud of who you are.”

Apex Legends has been at the forefront of LGBTQ+ representation since it released in 2019. Nearly 25% of its 17 characters are canonical members of the LGBTQ+ community. Gibraltar is an openly gay man, Bloodhound is non-binary, Loba is bisexual, Fuse is pansexual and Valkyrie is lesbian.

Where other studios have been criticised for ‘tokenising’ their minority characters, that’s something that the team at Respawn want to avoid. Mackenzie Galbraith, an associate quality designer at Respawn, says, “It’s crucial also that I think these characters don’t feel tokenized. The fact that bloodhound is non-binary is part of their character, but it’s not the whole thing.”

Respawn has designed special badges for other social minorities in the past. A ‘Black Lives Matter’ badge appeared in the game last summer, as well as a ‘Stop Asian Hate’ badge.

The Pride badge is available for free to all players of Apex Legends. Will you be equipping the badge to celebrate Pride in Apex Legends? Let us know across our social channels.