It is a feature that takes broadcasting games, to a whole other level. It is something that people are not aware of, and has been around ever since the PS4 launched.

Interactive broadcasting also known as Broadcast+ is when a player can livestream their game and the viewers can interact with the player by making the game harder or easier for the person.

Online gaming is now more popular than ever before, and many games wouldn’t be as widespread as they are without online communications. It is cool to see Sony come up with this very clever idea that can possibly turn into something huge.

If you have a PS4, you can find the feature on the interactive broadcast section.

The viewer can change the way you play by voting on making the game harder or easier. We’ve listed a couple games below, that has the interactive function feature:

Dead Nation: Apocalypse Edition, viewers have the power to give you extra ammunition, faster or slower character speed, and even spawn more zombies.

Tomb Raider: Definitive Edition, the viewers have the power to revive Lara or watch her die after a deathly blow.

In the Japanese version of Dynasty Warriors 8, viewers have the ability to drop perks for the player that will help them regenerate life during battle.

An awesome feature, but the interactiveness depends on the game you play, and how many people are watching you.The only problem I can identify with this program, is that this is a feature that relies on human internet interactions. 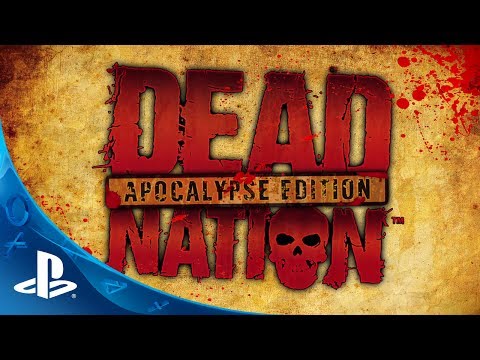 We will have groups of players that will play the game, and watch others. Also we all know that the internet is not a nice community, living in a land of trolls, we constantly face people that wants to watch us fail.

This technology has a chance to change the way people game, forever. Even though the features aren’t available for every game yet, it may get more popular than we think and I look forward to hearing more about this cool feature.

Do you have any cool interactive ideas for your favorite game? Comment below.