The NPD Group has revealed the  PS4 is the  top selling next gen platform in November  for both hardware and software.

“In North America alone, more than one million PS4 units were sold in only 24 hours and we’re pleased NPD has reported that PS4 is the top selling next gen platform for both hardware and software in November.  We are humbled by the passion and excitement demonstrated by gamers for PS4. Demand continues to overwhelm supply, but we’re working hard to get PS4 units into the hands of customers throughout the holiday season,” he said.

Callahan reports that the  PS4 rates “exceeding those of the launch months of both the PS3 and the PS2.”  combined. Keep in mind the NPD only tracks sales for North America and  also digital download sales is not included.

Meanwhile Sony Computer Entertainment  released  a brand new video  for  the PS4 launch titled “World’s Largest Console Launch Ever.” You can check it out below. 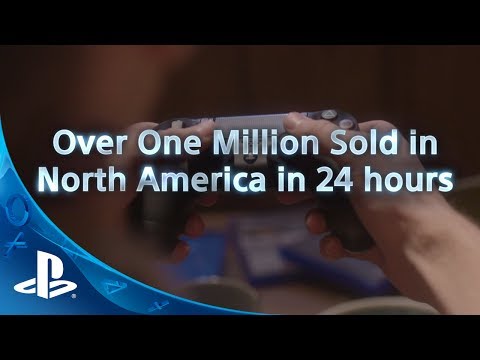